The Amazing World Of Roleplay On Tumblr
Odyssey

The Amazing World Of Roleplay On Tumblr 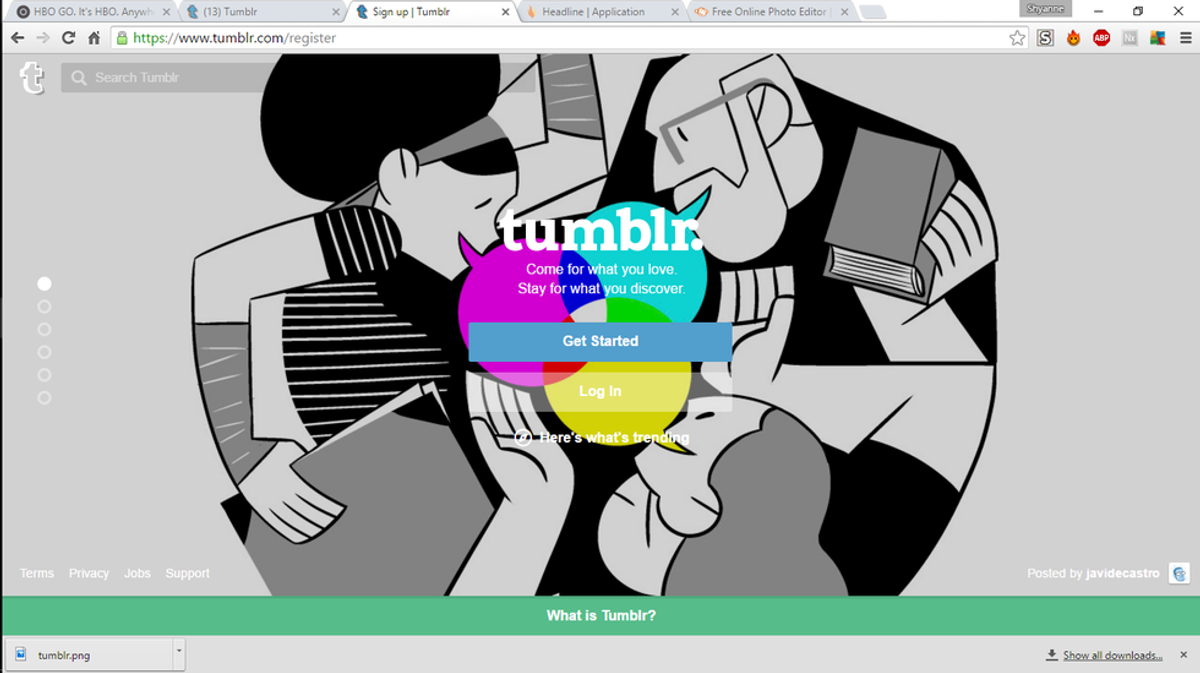 Tumblr. It's a land full of aesthetics, sex, and politics. It's a platform dense with opinions, where people range from politically correct to incredibly discriminatory. It is not, however, used just for stating opinions or posting aesthetics. There's a whole world on Tumblr where people make pages dedicated to a character, canon or original, and write as that character. This is the world or roleplay.

Within the world of roleplay, or RP, there is "indie" or independent, as well as a group. An indie blog will have the freedom to interact with any character in the community, whereas someone who belongs to a group RP is restricted to interacting with the people of that group (generally). I personally have not been involved with group RPs because I have always been involved in the indie community and I quite enjoy the freedom of interacting with any blog and multiple of the same character. As I have experience strictly in the indie world, the remainder of this article will be about that.

The world of indie RP is a big one. There are many fandoms and many people to interact with. Ages range from under 18 to over 30. There's never a lack of people who want to interact. While it is a world of imagination and bonding over characters and fandoms, bad comes with the good.

As with any area of life, there are haters. They generally go anonymous when they send hate to certain people, and it's never targeted at the character but at the writer. They can be cruel and relentless, but they often just end up showing how much support that writer has in the end.

Many people think that they aren't good enough or that they won't be received well if they send someone a message or IM and ask to interact. It's quite sad because there are so many good writers who just do not see themselves that way. Some people, however, can be quite elitist and think they're better than everyone. Some communities have fallen because of people like these.

More often than not, however, daily life is good. As a writer, you get asks, both in character and out of character. You get starters, both random and plotted. And, as we all do, you get replies, that get saved to your drafts which build up and make you wonder why you're even there. You make friends with other writers and form in-character relationships that will ruin your life. You spend your time thinking about things that can happen in a relationship, cry because your muse is just so beautiful, and hope that one day you will be a serious roleplay blog. You are, but you'll never think of yourself that way, and you won't be alone. We all feel that way. It's part of what make the roleplay community a great place.

The world of roleplay on Tumblr is full of many things, not all of them good, but once you're in, you'll never get out, even if you want to.