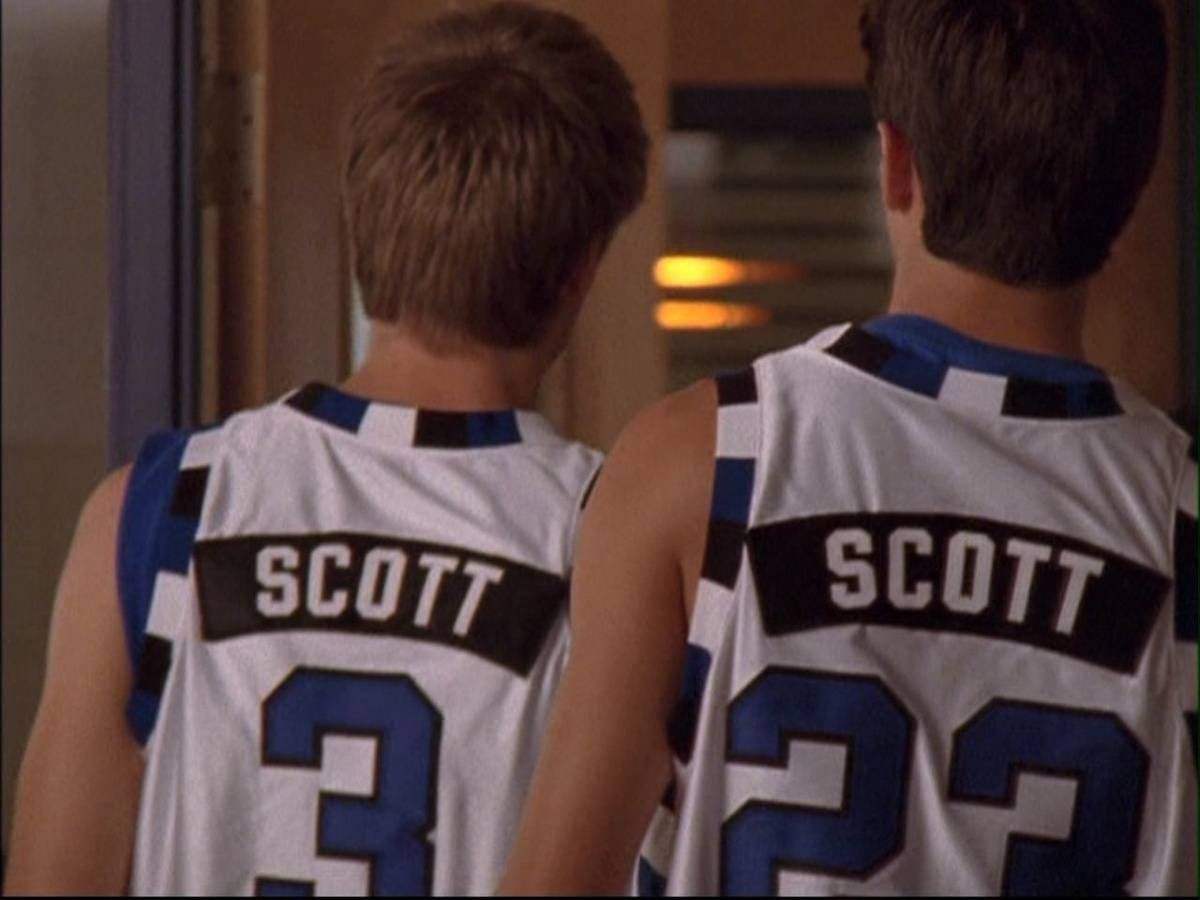 Back when "One Tree Hill" originally aired, I was around 10 and watched the show with my parents (yes, they're cool). Even that young, I was #TeamBrucas and seriously thought that I would marry Chad Michael Murray (Lucas Scott) in real life. As I've grown older and binge-watched the show at least 100 times (no shame) I've hopped off the Lucas train and I am now team captain of my favorite boy toy Nathan Scott. Lucas will always hold a place in my heart, but here is why I'll always choose Nathan over him:

So, I'm sticking to my obvious reason first. I have a type and James Lafferty AKA Nathan Scott has it all. Tall, dark, and handsome? Yes, please!

OK, I'll admit it — I've got a thing for 'bad boys' and fixer-upper-type guys. Season 1 Nathan is a flat out jerk. While Lucas is seemingly an average guy at school Nathan is the ultimate jock/rich boy who can get what and who he wants and when he wants it. Even though his actions are ruthless he's the bad boy that girls hate to love.

3. Watch Him Change for the Better

Although Brooke Davis grows more than any character, Nathan is a close second. After he meets Haley (tutor girl and future wife) his whole world changes. From being nice to Lucas to standing up to his dad, Nathan slowly transforms into the Season 9 character that we all fall in love with.

4. Loves His Dad After Everything He Did

Dan Scott (Nathan and Lucas's dad) is the most hated character of "OTH" (mine is nanny Carrie). Dan pushed Nathan way too hard when it came to basketball and tried to live through his life. He also left Karen to raise Lucas on her own and couldn't have cared less how they made ends meet. Dan's brother, Keith, stepped up in his place and helped Karen raise Lucas. Dan's jealousy for his brother was deep-rooted and ended up being what drove Dan to shoot his own brother dead. Lucas never forgave Dan and I don't blame him, but Nathan still held a soft spot for him. Although Nathan never welcomed him back into his family's life with open arms, he did end up forgiving him after Dan saved his life in season 9.

5. Nathan as a Father

Yes, Lucas ends up being a dad too, but we didn't get to see him grow as Sawyer's father (he was a great uncle to Jamie though). Nathan stepped up and became the best dad to Jamie after Haley became pregnant their senior year of high school. He taught Jamie that he can be whoever he wants to be and never pushed him into playing basketball like Dan did with him. We didn't get to see him as Lydia's father for very long, but we do know that she won't be leaving the house until she's at least 30.

6. His Love for Haley

I'm saving the best reason for last. Haley's love for Nathan changed him for the better. While Lucas was juggling Peyton and Brooke (and that one time Lindsey) Nathan knew Haley was the one from the beginning. After all, these two did get married in high school. They overcame so many obstacles and despite it, all their love prevails. She gives up her music career so she can raise their son Jamie and Nathan can play ball. Once he reaches his dreams Nathan then pushes Haley to start recording songs again and goes on tour with her. They are the ultimate #RelationshipGoals and he sets the standards very high in the boyfriend department. I'll always choose Nathan over Lucas. Always and forever.