To live or not to live. 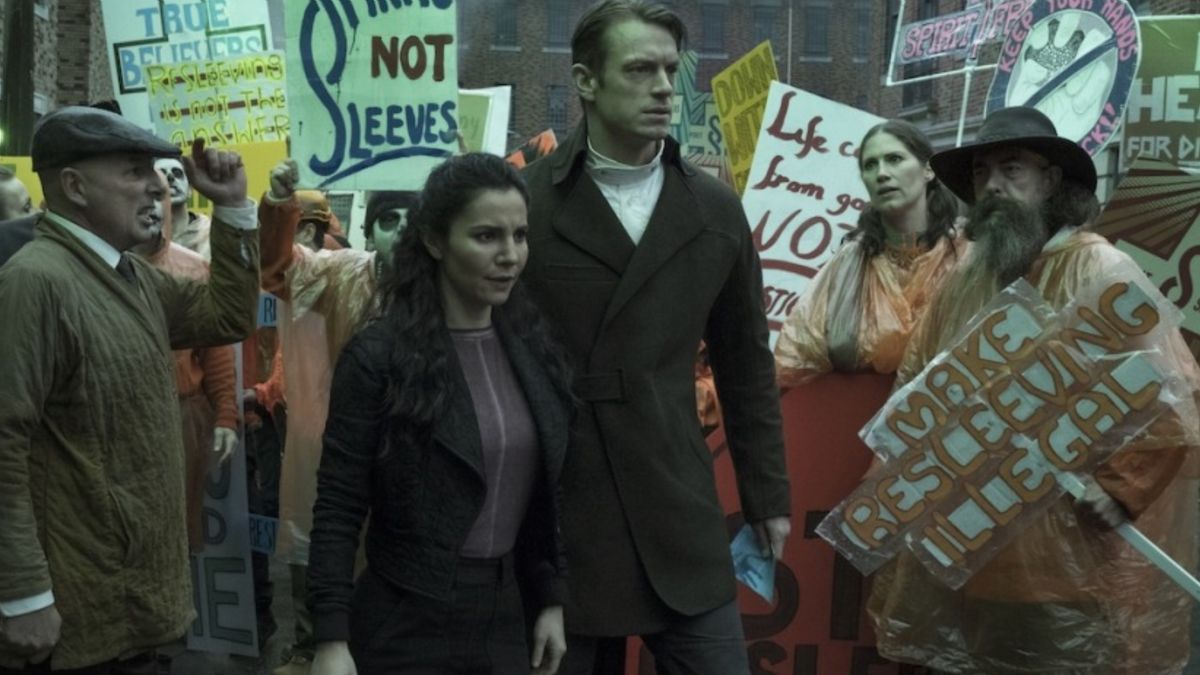 Its midterm season once again and in my bid of procrastination, I discovered Altered Carbon, one of Netflix's newest originals. I blazed through the ten 45 minute episodes in the course of three days and was taken by the technology that became the premise of the show — the "Stack."

Stacks are in essence organic back up discs implanted into the spine at the age of one. They capture the data that makes a person unique — their memories, personalities, etc — and basically make it possible to transplant people between bodies — which are now referred to as "sleeves" — should it be necessary or desired.

This basically made true death a non-issue in the minds of many. Life now became a simple cycle of birth, sleeve death, and re-sleeving soon after.

Of course, it couldn't just be that simple. The world isn't that basic and also this is a Netflix original — neither of those would let that happen.

The balance of power in the world of Altered Carbon very heavily lied within the hand of the rich and powerful, those known as "Meths" that lived far above the ground in the sky. These people had every luxury of society at their beck and call, the ability to have the sleeves of their choice modified and even created for them thanks to the advancement of cell cultures and organic 3D printing. These people stood above the law in every way, able to live their lives in an ever constant state of pleasure and success.

Everyone else, those still on the ground, live their lives similarly to how we do today just with the key difference of being immortal. Amongst them are neo-Catholics, those that believe being brought back from the dead is a one-way ticket straight to hell once death actually catches up. It's a truly striking showing of faith - to accept death even when it can be entirely negated.

This raises an interesting question — beyond the simple fear of the afterlife and the punishment that could follow, is immortality something to have?

On one hand being able to live forever, free of the fear of expiration, is something inherently appealing as it takes care of a basic human fear. On the other, much more heavily moral, hand is the question of whether or not a life that long is something we as people are mentally even equipped to handle.

Do the applications of revival in crime, such as asking a murder victim who their killer was, outweigh their own personal views on being revived?

Heck, are the versions of the people that are "revived" even truly them or just copies of their memories thrown into a new body?

It's an interesting question, that much is certain.

Welp... just another thing to think about as I wait for the next season to come around.

QueenRadhi
The State University of New York at Stony Brook
3528