Allowing yourself the space to be you-nique

Allowing yourself the space to be you-nique

How can I be myself when I've spent my life trying to be everyone else? 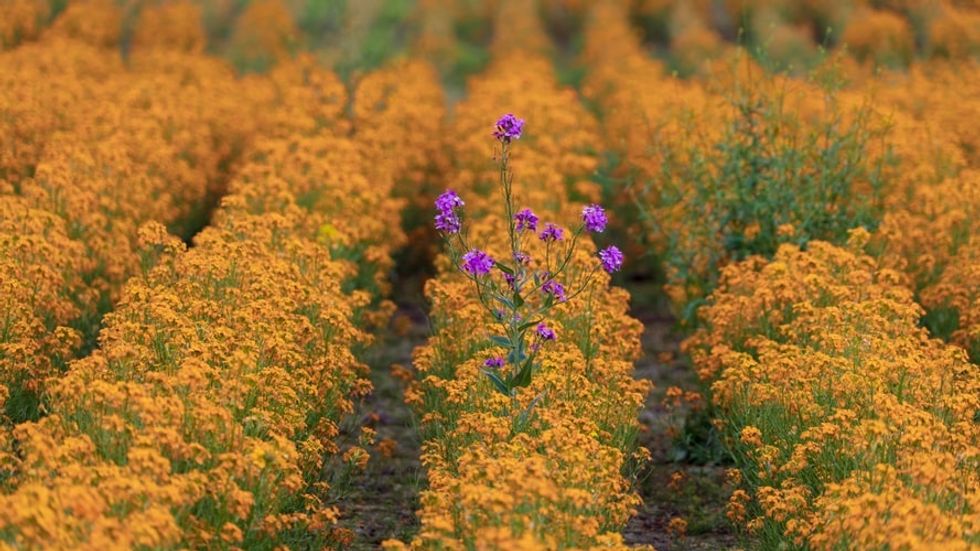 When I was growing up, I wanted to be just like my mom.
I wanted to inherit her stage whisper and too-loud, borderline inappropriate laugh.
I listened to all the music she liked, becoming the self-acclaimed biggest seven-year-old Def Leppard fan.
I wanted my first dog to be a white Akita named Kashmir after the Led Zepplin song.
She used to tell me about how she was a night club singer in her 20's, so it was no surprise when I stole the microphone at my first and only ballet recital.
She had dreams of owning a horse-farm, dreams she would recite like poetry every time we passed by an abandoned stable. I told my friends that my first house would have a pasture and a chicken coop.
Driving was one of her favorite things to do. While I drive home one night and "Drops of Jupiter" comes on shuffle, I begin to cry and miss my exit to take the long way home.
She would drink two bottles of wine every night, so took sips of Guinness while you made corned beef every St. Patrick's Day.
For one of my younger birthdays, we went to see her favorite musical of all time, "Les Miserables," at Paper Mill Playhouse. I would grow older to be able to perform the whole show by myself and be affiliated with Paper Mill every chance I received.
She hated the song "Rhinestone Cowboy" by Glen Campbell and would make a scene every time my dad played it, claiming it reminded her too much of her father somewhere in California- absent and reinvented.
When she became her father, what could I possibly have left but her scrunchies and no Victoria?

There are two different forms of dependence: interdepenence and codependence. Interdependence is the healthy option, while codependence can be defined as nearly every relationship I've ever had and what I grew up thinking relationships should be.

Relationships that display interdependence promote giving and receiving while still maintaining one's autonomy. Interdependent couples, for example, are able to express their needs in a positive way with strong communication and confidence. Each person in the relationship has strong sense of their own identity and feels secure enough to express themself without fear of judgement or repercussions. This type of relationship is not couple-exclusive, and can apply to friends, parents and siblings the same way codependence can.

Codependence is the interdependence's evil sister. Someone who is codependent suppresses their own needs, goals and interests in order to appease someone they love. Their self worth is built on their ability to fix or save other people, and when they ultimately cannot, they are devastated. This type of relationship is usually a result of being exposed to some trauma in your childhood such as emotional neglect or dysfunctional family dynamics. Someone who is codependent relies so heavily on others' approval that they lose sense of themselves, becoming enmeshed with the other person.

Enmeshment is a word I am all too familiar with. For those who may not know, enmeshment is defined as intertwined personalities. The way I understand it best is by thinking of my childhood and how all I wanted to do when I grew up was to become my mother. From a young age, my mom and I were attached at the hip. To this day I am still trying to pull apart our personalities even if she isn't physically with me. People who are enmeshed are also known to have a fear of abandonment, rejection, and criticism. They try so hard to please everyone else that they lose themselves in the process.

As I start my third year of college, the question increasingly becomes, "What do I want to be when I grow up?" To be quite honest, I'm not sure I ever really thought about what I want to be rather than what I admire in other people and emulate. For example, I took part in a therapy program my first and last years of high school that made me swear up, down and backwards that I was going to be a clinician because of how much I admired those in the program. When I was younger, I thought about being a nurse because my mom worked in a nursing home with Alzheimer's patients whom I would frequently visit. Every time my dad teaches me something new with regards to contracting, I joke that he should revive his old contracting business so we can be partners.

The past few months have been pivotal for me. I've discovered a love of journalism and a true purpose in my writing. I believe it's safe to say that this is one of the first things I've found that feels authentic to who I am without any direct correlation (that I know of) to anyone of importance in my life. This kind of revelation is both exciting and terrifying because whenever I've tried to think of things that are specifically me in the past, I've hesitated. I finally have something that's mine.

The most exciting part of this character development is that I'm starting to break a cycle that's been ingrained in my way of existing since the beginning of my time on Earth. I still seek approval from people I love instead of looking solely to myself for approval because I'm not sure if I know how to. For instance, I still ask my dad every week what he thinks I should write about, partially because I always draw an initial blank, but also because I want him to approve and praise what I do. Every week, however, I take what he says and then put my own spin on it. That's the best thing about writing for me -- I write because I like it, and I say what I really want to say. I can fall in love with a poem that came from my heart and it will solely be me that thought of each line. It will be organically me.

I'm not trying to give anyone a platform to diagnose themselves or people they know, of course. However, maybe this article can be the wake-up call people need to see that maybe they've been too reliant on that one person. Maybe they're putting their own feelings aside regularly to make others happy when they should be communicating their hurt or upset. Perhaps you're ignoring the things that make you happy because other people don't think it's interesting when you should be, "living your truth," as they say. Let this be your call to action to get to know yourself and do the things you love before it's too late.