RuPaul's "All Stars 2" Contestants Are The Fiercest Of The Fierce

This is going to be a good season, goyls. 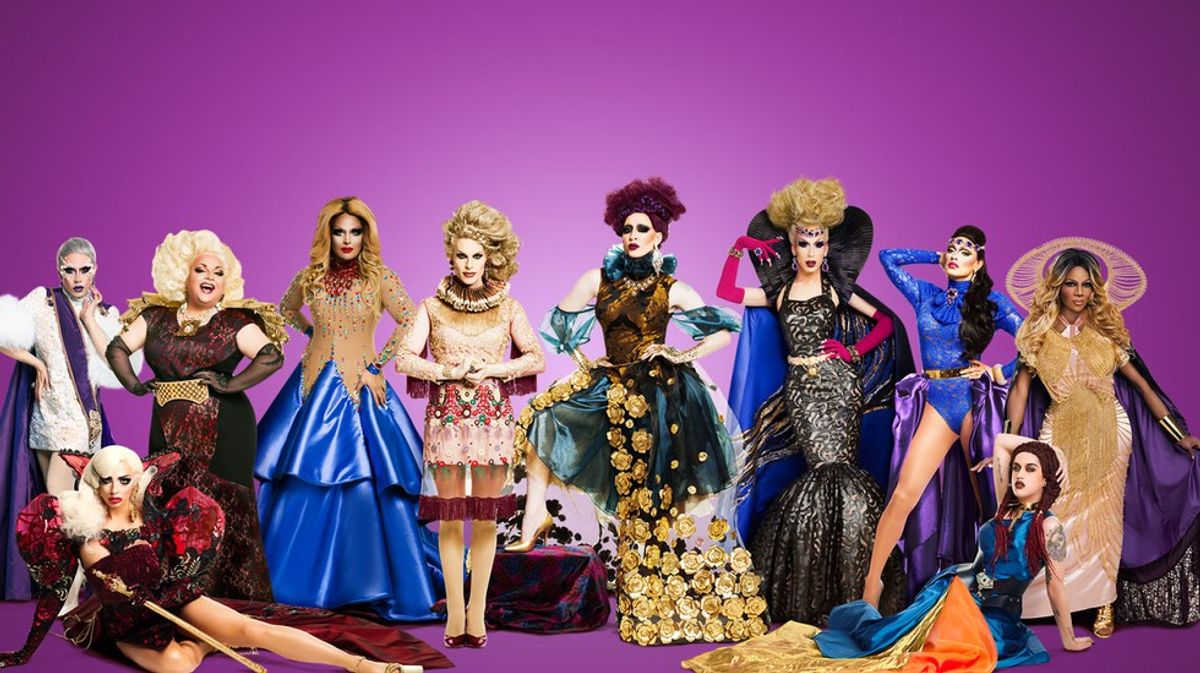 That's right, hunties. On August 25, Mama Ru is bringing back "All Stars Drag Race" for a second season of redemption for some of our favorite queens that didn't quite get the crown during their seasons. The second season of "All Stars" promises to be dramatic, with a former alliance, RoLaskaTox, and a deep-seated rivalry between Alyssa Edwards and Coco Montrese to spice things up. The rules have also changed from season one – there are no teams, and each week, the winner of the lip synch (and, thus, the winner of the challenge) will choose who should be eliminated.

Here's a brief run-down of this season's competitors:

What she's been doing since her appearance: This fierce former Idol contestant has released not one, but two albums, accompanied by killer music videos.

What we've got to look forward to: All Stars will definitely be a "party" with Adore's bright lip colors, love of swearing and overall "polish remover" vibe.

What she's been doing since her appearance: After her breakup with Season 4 winner Sharon Needles (sob), Alaska got to work, releasing several singles before her (highly explicit) debut album. She also joined fellow former RPDR contestants Courtney Act and Willam as spokesmodels for American Apparel.

What we've got to look forward to: Basically everything about Alaska. The signature blonde hair teased to the heavens, the incredible facial expressions and, with any luck, the return of Lil' Pound Cake.


What she's been doing since her appearance: Apart from running her successful dance studio, about which a documentary was made but never aired, Alyssa has her own series, ALYSSA'S SECRET, on the World of Wonder YouTube Channel.

What we've got to look forward to: Alyssa can dance and knows how to pull out all the stops for a lip synch battle. This could help her if she ends up in the Top Two for a challenge. Also, I'd be lying if I didn't say I was at least a little excited to see her rivalry with Coco play out again. *mouth click*

What she's been doing since her appearance: Coco has performed at events all over the world and has been unafraid to speak her mind on Twitter against Donald Trump, among other things. She's also been a huge supporter of her drag sisters, going to their shows and tweeting photos.

What we've got to look forward to: Besides the rivalry with Alyssa, Coco will definitely bring excitement to the runway with bold patterns and colors. And, of course, she'll kill any lip synchs she's faced with.

What she's been doing since her appearance: In addition to participating in "Battle of the Seasons", Detox recently created her own YouTube cooking show with her mother called Eat It Up!

What we've got to look forward to: Her incredibly funny reads, her amazing sense of style on the runway and her "distinct style of lip synch" all make Detox a fierce competitor for All Stars.

What she's been doing since her appearance: Echoing her Snatch Game performance, Ginger appeared as Adele during Battle of the Seasons. She's also appeared across the country and even internationally.

What we've got to look forward to: She's arguably the most diversely talented queen this season--she can sing, dance, act and do comedy. She can also bring the pageant glamour like few others.


What she's been doing since her appearance: Katya has been touring around the world to perform as well as creating several different webseries on YouTube, although she announced on Twitter this month that she is "[taking a] short break from work" because of health concerns.


What we've got to look forward to: Katya's character and personality are always hilarious, and her fashion choices are far from boring.

What she's been doing since her appearance: Despite a 30-day stay in jail for past charges, Phi Phi has found success on Instagram for her cosplay looks and even proposed (out of drag) to her then-boyfriend at Battle of the Seasons in New York earlier this year.

What we've got to look forward to: It'll be interesting to see if Phi Phi tames her temper and how much she has matured over the past four and a half years. I'm also hoping she brings more cosplay influence to her styles, especially after seeing Kim Chi's anime looks.

("Best of Phi Phi" hasn't been posted yet, so here's a video of the amazing Bianca Del Rio reading her instead, because Bianca is the light of my life.)

What she's been doing since her appearance: Roxxxy has apparently been continuing her weight loss journey while performing across the country and killing it on Twitter. After the shooting at Pulse in Orlando, she got a tattoo honoring those killed at the club she called home for ten years.

What we've got to look forward to: She's going to keep showing off that bomb body of hers, I hope, since she's been wearing more provocative outfits. Hopefully the editing will be kinder to her, though, because I don't believe she's as mean as S5 portrays her to be. Oh, and she'll be wearing a "shiny sequins gown" at some point, I'm sure.

("Best of Roxxxy" isn't published yet, so here's Roxxxy on Ring My Bell.)

What she's been doing since her appearance: I haven't been able to find much about Tatianna, since her appearance was more than six years ago. However, it seems like she's still performing in DC (and killing it!) as well as appearing on YouTube with some of her Drag Race sisters.

What we've got to look forward to: She's arguably the fishiest queen this season, and her Snatch Game performance is one to watch, especially after she delivered so well in her season as Britney.

("Best of Tatianna" isn't available, so here's Tatianna on Ring My Bell.)

So, squirrelfriends, whose team are you on for All-Stars 2?