We All Matter
Odyssey 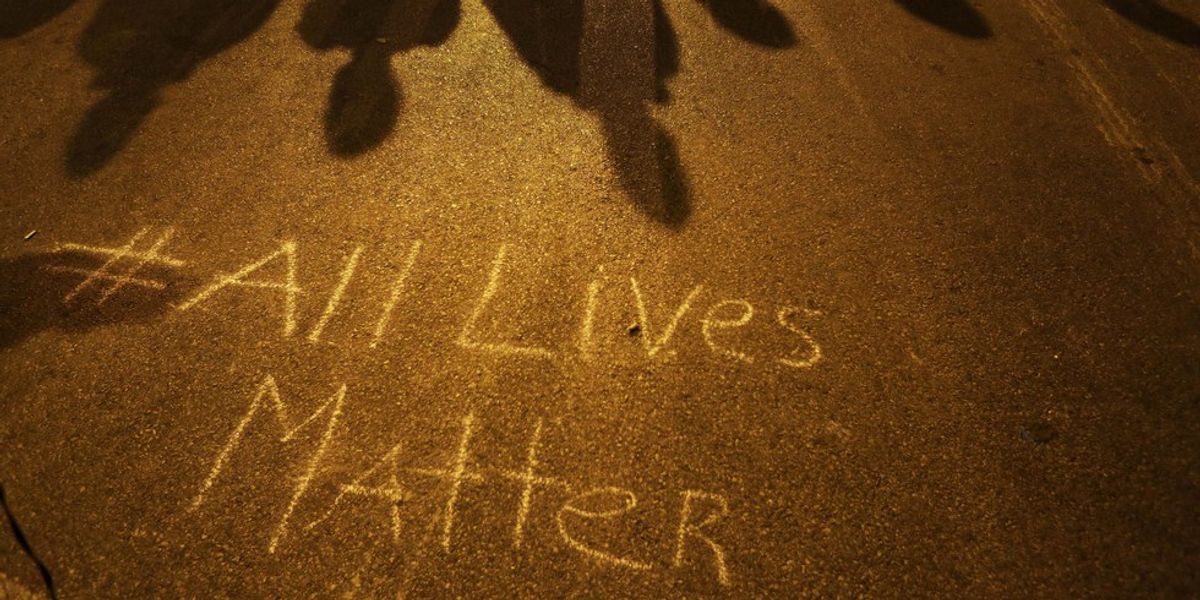 "Mom, what does racist mean?" She'd eventually reply back, "Honey that's not something you need to know right now." Ever since I was a little girl things such as black and white went together. Take oreos for instance, or black and white clothing. What I didn't know at the time was that people of the two colors could never go together, it would forever be frowned upon by many people who live in a nation that proposes equality. The vocabulary list involving racist, racism and "Black Lives Matter" would soon be introduced into my life come later years.

What I Know Now

Now when I hear the words colored or black, all that runs through my mind are all racial views, slurs and Black Lives Matter protests that appear all over the daily news. In a world where everyone is supposed to be equal and have the same rights, it almost seems as if it's a fantasy that America will never achieve. Color should never matter. We are all humans just trying to make a living. America has worked hard enough to end slavery and segregation between blacks and whites, almost to end up right back where we started. Great job America! Keep it up!

I'd be lying though if I said it was just black people who go through this. Another popular minority are Muslims. In recent studies, researchers found that 23 percent of the world's population are Muslims and only 1 percent of them are extremist or terrorist. So why do we Americans feel the need to label every Muslim that passes us on the street a terrorist? Why must we turn our heads and walk the other way?

Let's also not forget Mexicans. Even Mexican-Americans are subject to racism. Using words like Aliens, Cockroaches, Illegals and others, most people direct these words to Mexicans and or to Hispanics in general. Most of the Hispanics here in the United States left their country to start a better life, whether they came here illegally or not, and they are here now and we should treat them with respect like we give the white people. What doesn't help though, is there's a large amount of Trump supporters who believe all these people should go back to where they came from and never be allowed here again. By all means support a racist, but it doesn't make you any better of a person. They too are humans just trying to make a living for their families.

Please let's all stop with the "Black lives matter!" bullshit and focus on the bigger picture. All lives matter. Blacks, whites, Muslims, Hispanics and everyone else. We as a nation forget that humans are humans no matter your color, and no matter your race. We all have a beating heart, we all bleed red and we all have families. So what's the excuse?

America solely focuses on White Privilege. Meaning societal privileges that benefit people identified as white in Western countries, beyond what is commonly experienced by non-white people under the same social, political, or economic circumstances. You could be a wealthy black man or woman and experience racism just because of your color, yet you're making the same amount of money your white co-worker makes. You could be a Mexican-American who owns your own business, but still experience racism because you are not white.

America was supposed to be a country where equality and acceptance is important, and somewhere along the way we just said, "Hey, why don't we repeat history and start bringing up blacks and how they shouldn't be here?" What are we doing America? We need change, but it's never going to happen if we as a nation sit here and do nothing about it. Change starts with us. We need it! Make America great again!