The mules of the world must be freed as well 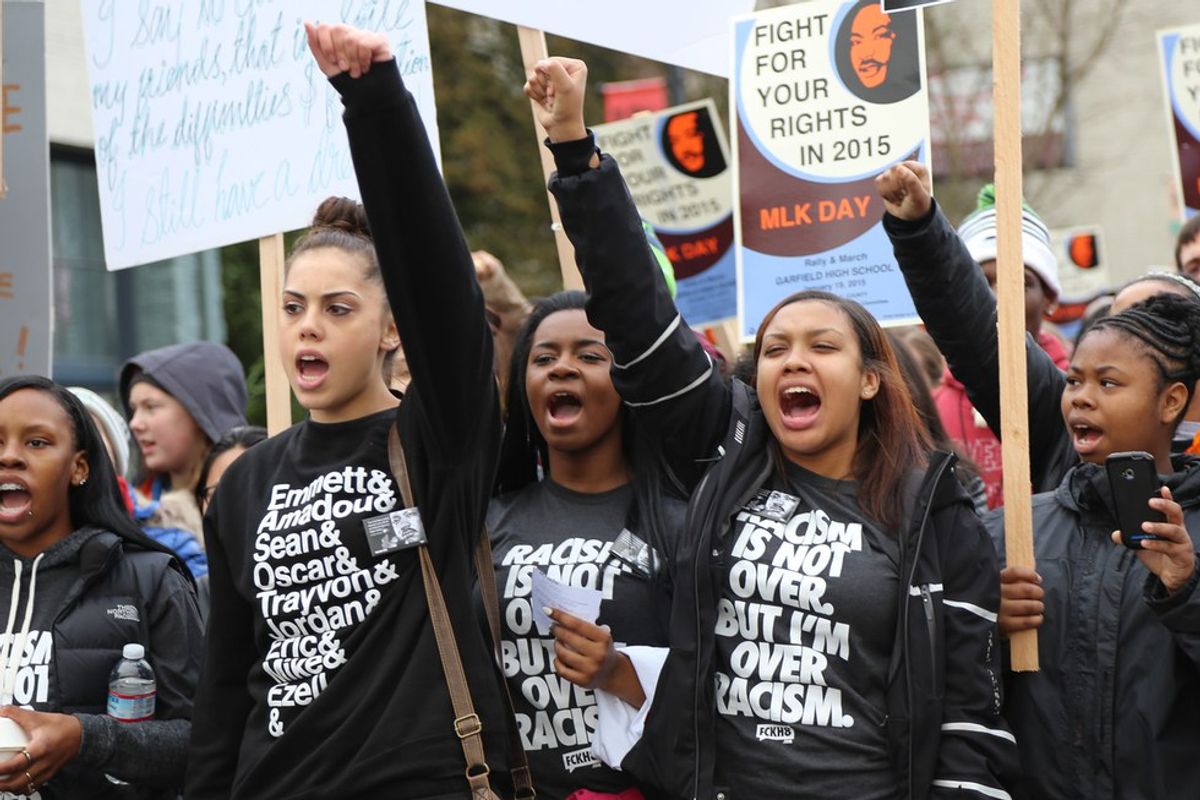 July 13th marks the one-year anniversary of the death of activist Sandra Bland, and it was the response to the circumstances surrounding her death and the state-sanctioned murders of other black women at the hands of the police that the #SayHerName hashtag took root. It was a move that was meant to highlight how often #BlackLivesMatter is meant to mean black men's lives matter and the lack of acknowledgement given to the cases of black women who are also the victims of police brutality by mainstream media and activist circles alike.

The lack of visibility for black women in cases of police brutality all to often means that there are police officers who are not being held accountable for the crimes they are committing against these black women, but also that there are policy decisions that are being pushed through because of the woeful treatment of young men like Mike Brown and Tamir Rice, that are not inclusive nor informed by of the experiences of black women as they continue to exist in their precarious positionality. The failure to name black women victims of these crimes allows them to be forgotten and ultimately leaves black women unprotected as they remain vulnerable to racial police violence.

The movement to end racial police violence for all has given so much focus to black men and boys that there have been clear policy suggestions and up cropping of theories about the systematic ways in which they are affected that ultimately lead to police violence. At the same time these suggestions tend to completely leave out the fact black women have been beaten, abused, sexually assaulted, and killed by the police as well. Below are a few significant structural inequalities that black women and girls face that need to be part of any activist advocation for the eradication of police violence.

Black women are profiled almost as much as black men, even though it is rarely talked about. According to the African American Policy forum, black women made up 53% of all women stopped in New York City in 2013 whilst they only make up 27% of the population.

2. Transwomen are at risk

These women are disproportionately represented in the rates of murder when faced with police intervention. They are almost 6.2 times as likely to be to be murdered than their white, cis- peers.

Black women face the dual threat of sexual and police violence. And according to the CATO institute more than 8% of reported police conduct is for sexual assault, making these women incredibly vulnerable to abuse.

Like young black boys, black girls are also at risk for more severe punishments than their white counterparts in schools and juvenile detention centers, a trend that has been mirrored in the school to prison pipeline. In the year 2012, while they only made up 35% of the student population in Boston Public Schools, they accounted for 63% of the students expelled. Black girls are policed in schools, just as much, as young black boys.

There is a war on black bodies being waged, and unfortunately black girls and women are at constant risk for victimization, but remain forgotten. Black women have long been forgotten as victims of lynchings and state-sanctioned violence, but this is a history that must not be forgotten. And while they have created and been at the forefront of this movement, gender bias has allowed for black women and struggles we face to be pushed to the back.

Black women can no longer be the mules of the world, and if this revolution is ever going to move forward, they must be at the center.