A farewell to an acting great. 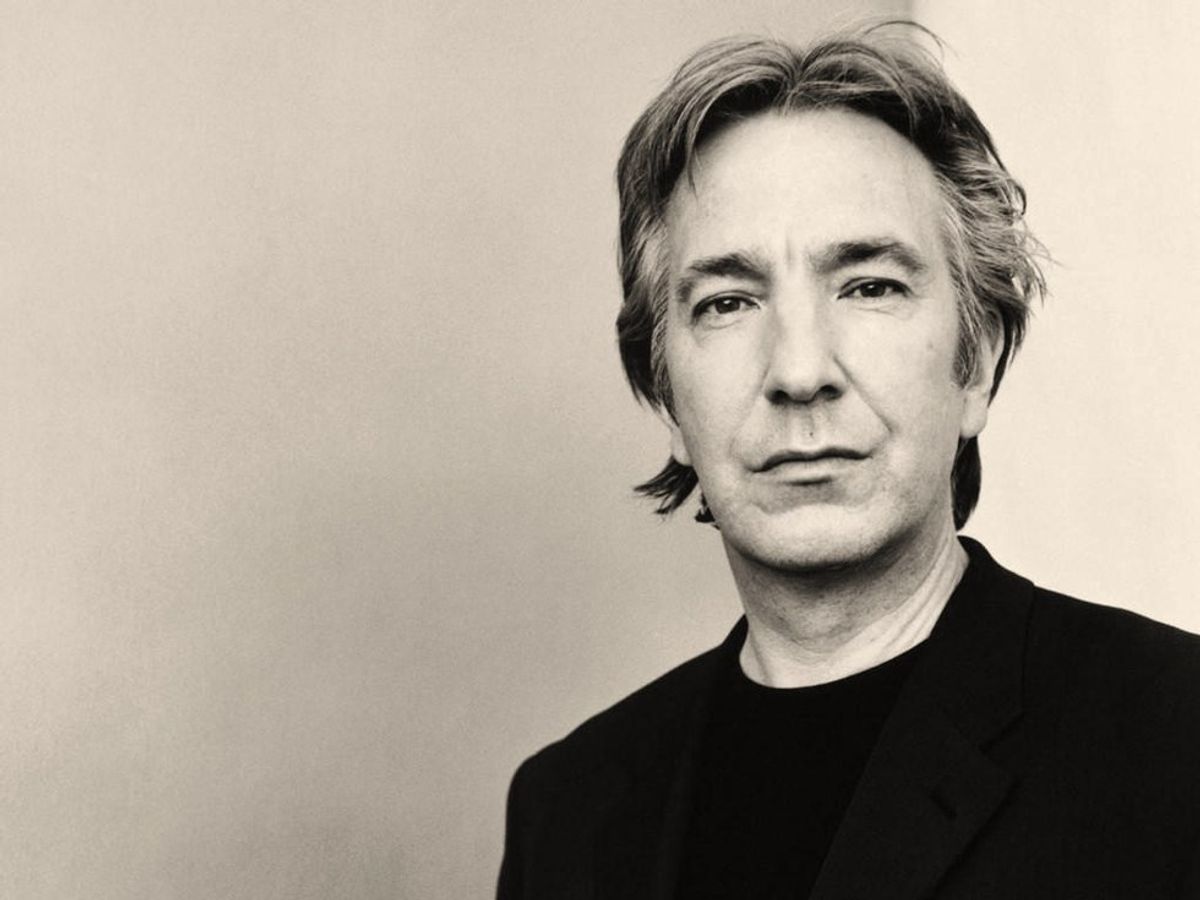 On Jan. 14, 2016, the world lost an incredible talent. Alan Sidney Patrick Rickman passed away last week from pancreatic cancer. The actor kept his illness a secret, leaving the world shocked when the news was announced. He was 69.

Rickman started his acting career in 1972 when he joined the Royal Academy of Dramatic Art, where he stayed for two years studying Shakespeare.

Shortly afterwards, Rickman started his career performing with the Court Drama Group as well as the Royal Shakespeare Company, where he was given roles in plays such as "Romeo and Juliet," "A View from the Bridge" and "As You Like It."

His worldwide debut came when the Royal Shakespeare Company’s rendition of "Les Liaisons Dangereuses" came to Broadway in 1987. Rickman received both a Tony Award nomination as well as a Drama Desk Award nomination for his performance as the male lead, Vicomte de Valmont.

Rickman would go on to star in a variety of Hollywood’s most well known roles. In 1991, he was cast as Jamie in "Truly, Madly, Deeply," and in 1995, he portrayed Colonel Brandon in Jane Austen’s "Sense and Sensibility."

Yet some of his most well known work is from movies such as Hans Gruber in "Die Hard," the Sheriff of Nottingham in "Robin Hood: Prince of Thieves" and of course, for his multiple performances as Professor Snape in the "Harry Potter" series.

Although Rickman was never nominated for an Oscar, he won a BAFTA Award for his role in "Robin Hood," and was also nominated for his roles in "Truly, Madly, Deeply" and "Sense and Sensibility." He also won a Golden Globe in 1997 for best actor in the HBO’s "Rasputin."

As famous as he was, Rickman always gave back to the community that nurtured him as an actor.

On top of serving on the Council of the Royal Academy of Dramatic Art, Rickman was also RADA’s Vice-Chairman and a member of its Artistic Advisory and Training committee and its Development Board. Rickman was also an active member of the research foundation called Saving Faces, and an honorary president of the International Performers’ Aid Trust—which is a charity “created for the relief of poverty amongst people involved in the performing arts in distress in all parts of the world.”

Actors, and fans across the world were devastated by the news of Rickman’s passing. In London’s King’s Cross Station, fans created a tribute to Rickman at the famous Platform 9 ¾, which played a pivotal role in the "Harry Potter" Series.

Emma Thompson, who worked with Rickman in "Judas Kiss," "Love Actually," "Sense and Sensibility" and three of the "Harry Potter" films was quoted as saying, “Alan was my friend, and so this is hard to write because I have just kissed him goodbye. What I remember most in this moment of painful leave-taking is his humor, intelligence, wisdom, and kindness… He was the finest of actors and directors. I couldn’t wait to see what he was going to do with his face next. I consider myself hugely privileged to have worked with him so many times and to have been directed by him. He was the ultimate ally… He was, above all things, a rare and unique human being and we shall not see his like again.”

His wife, Rima Horton, who he met as a teenager, survives him. The couple had no children.