Hannah Brown Is The Worst Bachelorette ABC Has Ever Had

Will you accept this rose? 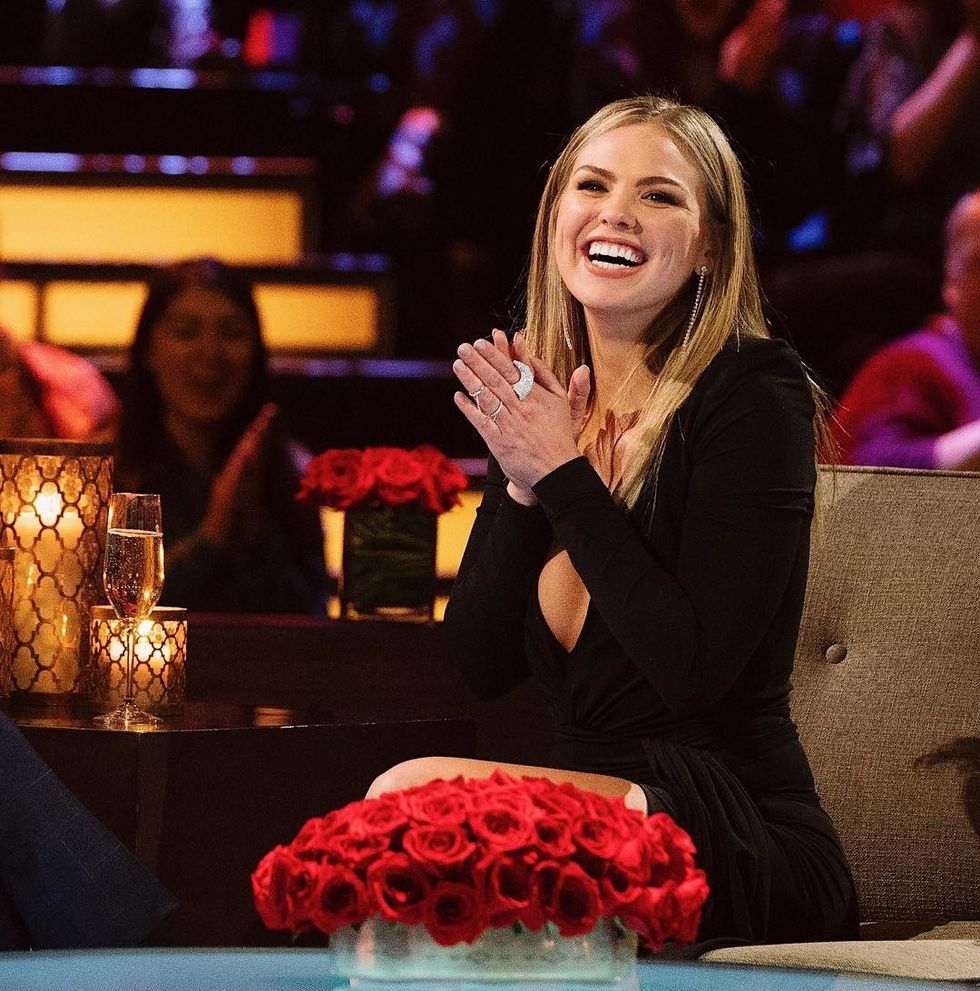 "The Bachelor" and "The Bachelorette" are notorious for reeling in viewers with drama, tears, attractive candidates, and "love."

Personally, during Colton's past season of "The Bachelor," I absolutely loved the Alabama Pageant Queen, Hannah B. I was cheering her on from the first rose ceremony until her final. In the Women Tell All of Colton's Bachelor season, Hannah B was announced as the next Bachelorette.

I was stoked until the season actually started.

When it comes to being the Bachelor or the Bachelorette, you have to be extremely vulnerable as both your heart and future are on the line. However, this season seems to prove all preconceptions wrong.

To begin, a few days in, the "L-word" was already thrown around. It is impossible to be "in love" days into the competition. On the second episode of Hannah B's season, one of the contestants confessed that he was already falling in love with the Bachelorette — after roughly 48 hours of meeting.

Hannah B took this information and ran with it, resulting in her spending the majority of her time with this man and ending in a steamy interaction between the two.

In my opinion, Hannah is so wrapped up and worried about getting attention from the men, not truly finding someone to love and marry. She enjoys the attention that she is receiving from the contestants as opposed to getting to know the men and finding her future husband.

Aside from the quick-paced "love," Hannah has cried more times in the first three episodes than I think any Bachelorette has in the history of the show.

It seems that, before every rose ceremony, Hannah confesses her heart to these men, whilst balling and holding a flute of champagne. Maybe this is for the attention, again? Also, during these toasts, or I guess crying sessions, it seems that Hannah never truly knows what to say making what she does say confusing.

Lastly, these men have more drama than catty-teenage girls, but Hannah allows the drama to thrive. As the Bachelorette, you have the power to decide who stays and goes home from rose ceremony to rose ceremony. During this season, many of the men have proved that they revolve around drama and will do whatever it takes to gain Hannah's attention.

Instead of weeding these men out, Hannah lets them stay and keeps adding to the fire. Of course, this may be out of her control and more in the producer's part, but it makes the season less enjoyable to watch, like, the men are pretty much unlikeable.

In the end, it's important to remember that these reality TV shows are solely for entertainment. We don't know what goes on behind and off cameras because there's more to love than being told that you're amazing and beautiful from a man. In my opinion, Hannah B isn't the greatest Bachelorette ABC has ever picked, but the season is still young.