Can We All Agree That White People Need To STop Telling Black People How MLK Would Feel About Their Actions?
Odyssey

Can We All Agree That White People Need To STop Telling Black People How MLK Would Feel About Their Actions?

Seriously, guys. It's a jerk move. 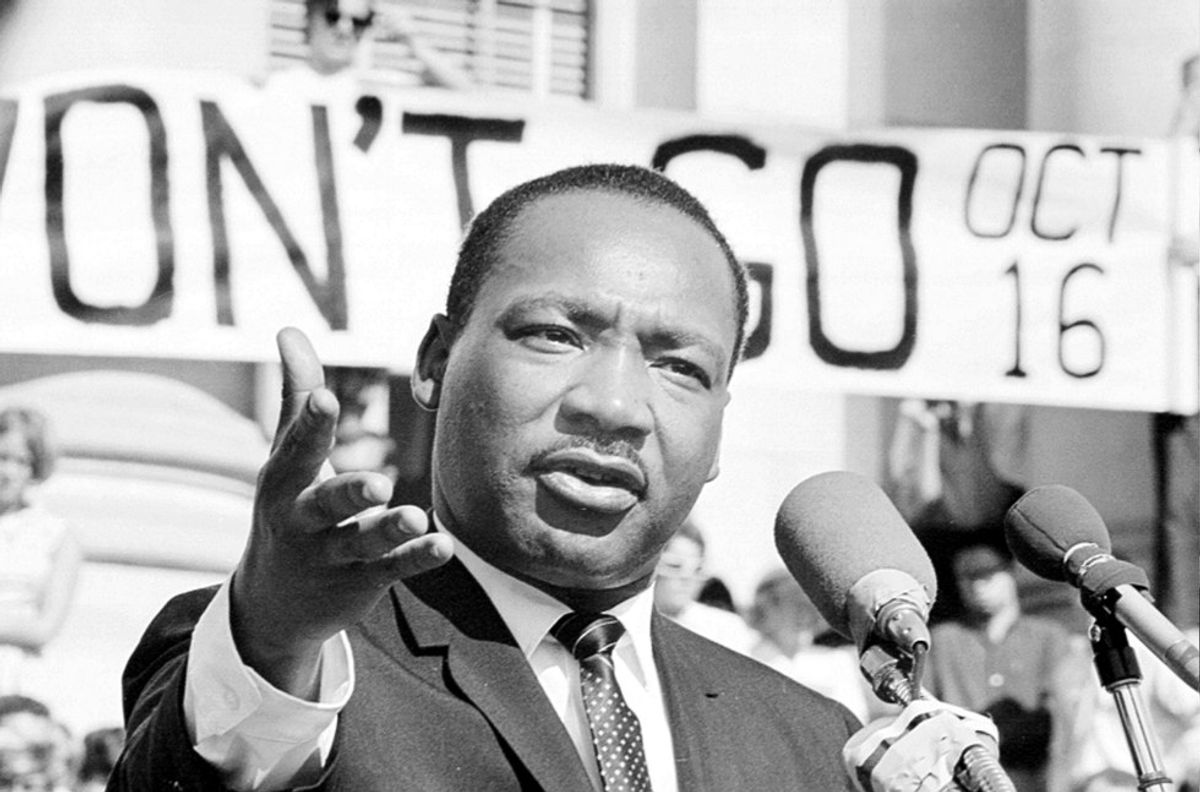 Originally, I had a satire piece slated for this week, but I'm kind of upset and needed to say this. I have seen this with every riot, and every time any non-white person reacts to the senseless killing of another non-white person by an officer of the law, especially when that officer then gets a paid vacation, and then comes back to work like nothing happened. Inevitably, in these situations, we begin to see a rise in white people who think that they are doing the black community (if not the world) a service by telling them that they're reacting incorrectly. We saw it with Rodney King, we saw it with Ferguson, we saw it in Baltimore, and we've seen it elsewhere around the country, because honestly, there are too many people shot and killed by police officers in too many places to keep a list going.

We saw it with the Black Lives Matter movement, that white people became so offended that they weren't included, that they started rallying around "all lives matter," neglecting the whole issue of systemic racism in our judicial system entirely. I honestly can't tell you how many times I've heard someone say "If I said white lives matter, they'd call me a racist," without even considering the fact that maybe there's a reason that they have to fight against an entire third of our government that doesn't care about them as a point of practice, while we as a white community aren't bothered.

That's not to say that all white people are the problem. It's not to say either that all police are the problem, or that white people aren't also being killed by the police. The fact of the matter is, though, that by trying to include ourselves in the issue, we're diluting an argument that needs to be as strong as possible, because otherwise, there will never be a change, and more civil unrest will continue to occur in perpetuity.

Weirdly, though, the thing that bothers me the most about these apologists who think that they're somehow the voice of a struggle that they don't understand at all, is how often I've heard a white person tell the black community how Martin Luther King, Jr. would have felt about whatever they're doing. And maybe I'm wrong, maybe these armchair activists are actually mediums. Maybe, just maybe, they have conjured forth the ghost of the civil rights leader, and he is willing them to say such things; but more realistically, we're seeing white people telling a black community that MLK would be disappointed in them, and this in itself is a huge problem.

The fact of the matter is, we're seeing the same issues, and have been, since the civil rights movement started. And yes, racial relations are doing better relatively, but we still have a long way to go before we can live in a society free of hate. Martin Luther King got as many results as he could in his lifetime, and he did it his way, but he is not the only black role model in the world, and we should not assume that every person agrees that nonviolence is the way to go when it comes to solving these issues. The most news coverage I've heard about a peaceful protest in recent years is that it caused traffic, and to take an alternate route. Riots are newsworthy, and sometimes they're necessary. Sometimes you need to burn down a crop to let it grow.

Really, the point that I'm making isn't to advocate anything other than an end to cops getting off easy when it comes to murdering someone. It's not that rioting is a reasonable solution for your day to day problems, either. It's that we need to agree that as a white community to stop being part of the problem. We need to stop telling black people that they're wrong to react emotionally, or that an historical figure would be disappointed in them. We need to agree that there is validity to the struggle, and that we won't try to put ourselves into it. Instead, let's tell the black community that we will stand with them against injustice. We will rally around a society that doesn't have to fear police. Only then will we start to see an end to some of these issues.