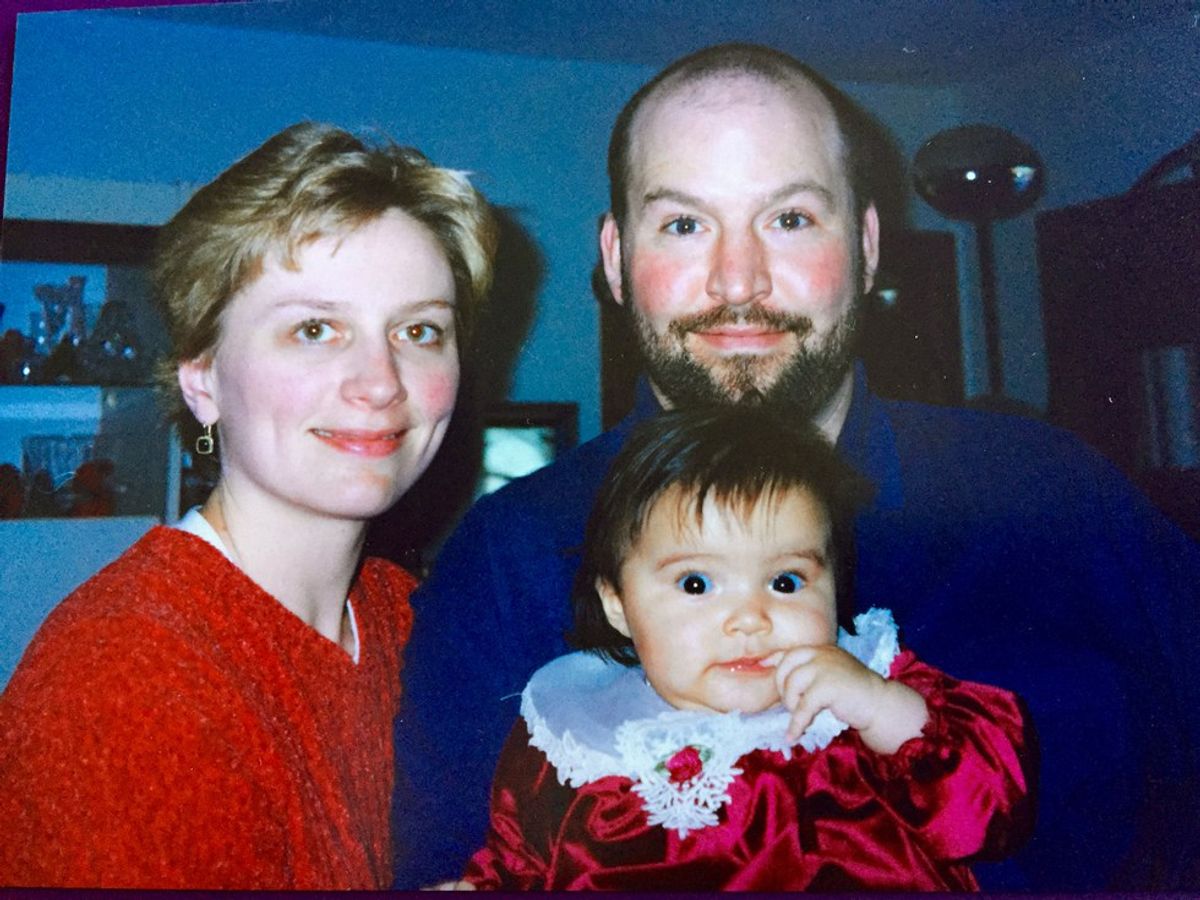 I’m adopted. It’s something I’ve always known; it was never a secret. Although, I’m not sure it ever really could have been, considering my skin is an entirely different color than my parents. As a child, instead of hearing stories from my parents about the day I was born, I heard about them flying down to Colombia, and the day they finally got to hold me in their arms.

I knew our family was different than other families at a young age. People always had questions. “Why don’t you look like your mom or dad?” And I would have to explain; “I’m adopted.” And then another round of questions would follow. “From where? Do you know your birth parents? Why’d they put you up for adoption?” It still happens now -- nosy people with nosy questions. People are curious and I understand, but it does sometimes make me feel like some sort of foreign species with people poking and prodding at my brain, trying to figure me out. Adoption is personal, it’s not something I always want to discuss with a person I just met. And as an adopted kid, I ask that those who aren’t adopted try and hold back the more personal and ignorant questions when first finding out someone is adopted.

My parents showed me fuzzy black and white pictures of my birth parents. They told me my birth name: Kellys, a name my birth mother made up, which was meant to sound “American.” Along with these little pieces of information of this alternate part of me, I received a book my birth mother wrote and illustrated for me. It’s written in Spanish, and with my three years of high school Spanish education, one year of AP Spanish and Google Translate, I roughly translated it.

And when I did, I bawled my eyes out. In this little book written by my scared, brave 16-year-old birth mother, she wrote to me. And as I reread what she wrote, it continues to bring tears to my eyes. So here I am, reading these words written 18 years ago by my birth mother and crying in the library. I’ll let the people nearby me think it’s because I’m stressed about finals.

Reading her words fills me with a mixture of emotions. This little book is the closest thing I really have to her; they're her drawings, her handwriting, her words. She says that I have no idea how she's feeling in the moment she wrote this, and she's right. I have no idea how she felt as a 16-year-old finding out she was going to have a baby -- how lost or confused or scared she was. She asks that I forgive her if I ever feel that she has failed me. I don't feel that she has failed me. I love the life I live and the family, friends and opportunities I have. She says that this is her best gift: for me to be happy. I cannot explain the admiration I have for her and what she did for me. I am thankful. I am filled with appreciation and love for this woman who gave birth to me, whom I do not even know.

I feel blessed to have been adopted into such a wonderful and loving family. Sure, there are certain challenges and differences that adopted children face. I could never really participate in drawing family trees for class. I can never fill out my medical history on medical forms. People assume I’m fluent in Spanish and their faces always fall when I explain that I’m not. (Lo siento, no lo siento.) I couldn’t see my physical traits or personal characteristics in my mother or father. I used to draw pictures of me with blonde hair like my mom and cried when she told me I would always have dark hair because I’m adopted. I wanted to look like my parents like everyone else does.

I used to not like that it made me different, but I celebrate it now. Aug. 4 is my “Gotcha Day,” or “Emma Day” as my family calls it. It is the day my parents got to hold me in their arms for the first time, the day I officially became their daughter. This is my life. I’m adopted. It doesn’t define me or the life I live, but it’s a part of me and it always will be. I am Emma, but I'm also Kellys -- I’ll continue working on my Spanish though.