To The Royal Family, I'm Formally Requesting To Be Adopted By You
Odyssey
CurrentlySwoonLifestyleHealth & WellnessStudent LifeContent InspirationEntertainmentPolitics and ActivismSportsAdulting
About usAdvertiseTermsPrivacyDMCAContact us
® 2023 ODYSSEY
Welcome back
Sign in to comment to your favorite stories, participate in your community and interact with your friends
or
LOG IN WITH FACEBOOK
No account? Create one
Start writing a post
Lifestyle

To The Royal Family, I'm Formally Requesting To Be Adopted By You

I want to be you when I grow up. 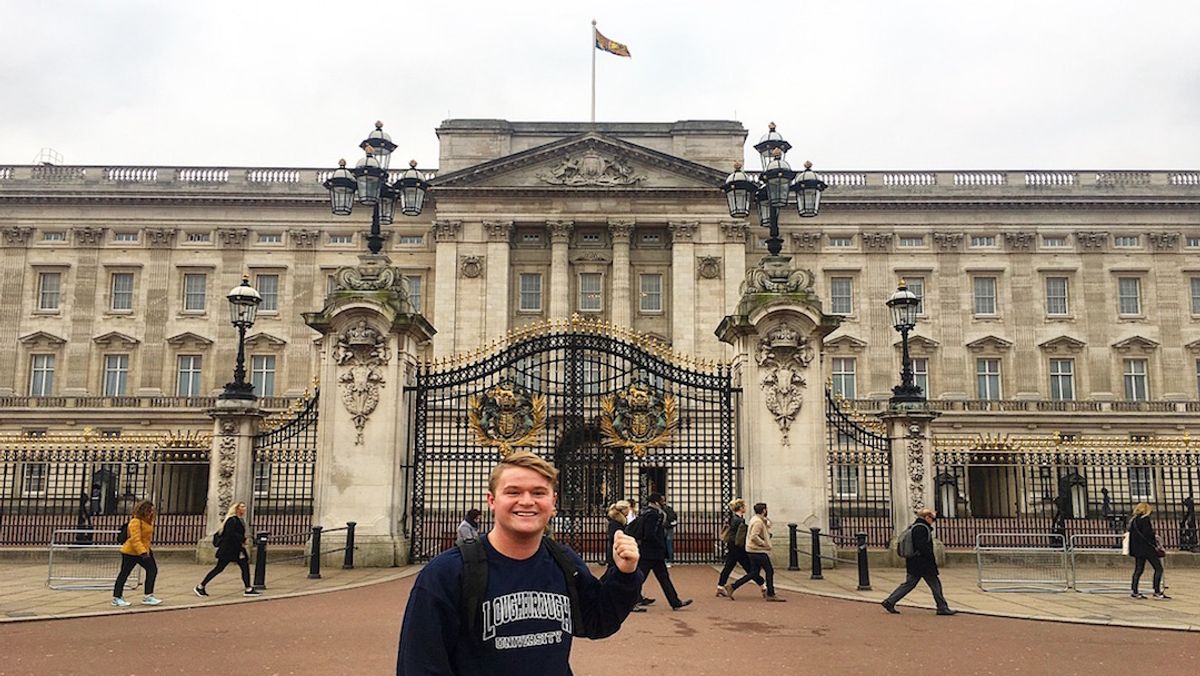 I’m just kidding, but only sort of.

A few months ago, I knew nothing about you all besides the fact that Queen Elizabeth II was the reigning monarch still and that a wedding had happened a few years ago. But then, my boss told me to watch The Crown on Netflix before I began studying abroad in England and that I would love it.

And boy was she right.

I’m not sure if you have watched the show (you really should, though you already know all the spoilers), but it is really amazing—the acting, the music, the cinematography, and its ability to make me not only love you all (probably more than an American—no, human—should to be honest), but respect you as well.

While watching the only two seasons that are out right now, I had my phone at my fingertips trying to research each of you as much as I could, even the family members that have yet to make an appearance in the show. I’m not going to share the inane knowledge that I have learned—mainly because it will look creepy.

Anyways, I just wanted to say that I am in awe of how much you guys do.

I’m inspired by the fact that as a whole, you represent the patron of over 3,000 charities that are scattered all over the world.

I’m in awe that on a daily basis, you are all subjected into this role that is crudely assigned to you by the media. Watching The Crown made me realize that you are real people, and even while you possess titles that I could never dream of, you remain humane and kind.

I admire how many miles you have to travel to maintain political relationships within the entire Commonwealth.

I respect how much you guys are able to hold and wield public perceptions (in the UK and abroad) just through your charismatic natures.

For years, I knew absolutely nothing about you, and now I’m a walking encyclopedia about you. I’m studying abroad in England right now and just last week I went and toured your residence in Edinburgh. And may I just say that I appreciate you allowing me to tour one of your personal homes. Holyrood Palace was really cool to walk in.

I have also been to Buckingham Palace when I went to London a few weeks ago, but I unfortunately will not be able to tour it while I am here because I leave before it opens to the public. But I think I got a good picture in front of it—I don’t know you tell me.

I have not seen Kensington Palace or Windsor Castle or Clarence House or whatever more royal residences there are, but I plan on seeing them before I leave.

What is it like to live in a castle?

No, seriously, I want to know because my house is surely not a castle, but it’s still nice. If you’re ever in Texas, I can show you, too.

I think you’re all really cool and whenever I finally publish a book, and if you happen to read it and like it, please do not hesitate to send me an invitation to any royal palace to tell me how much you like it. I will not mind the travel whatsoever.

But until then, I will settle for just loving you guys from afar. And after reading this, you know if you ever did, I would not blame you if you took out a restraining order on me, just kidding please don’t because I just love you guys a lot.

Before I close this letter I just want to say:

Prince Harry and Meghan, congratulations on the engagement and future wedding!

Princess Eugenie, also congratulations on your engagement and future wedding!

Prince William and Kate, you both seriously rock and I wish I had actually seen your wedding when it happened. Sorry about that!

Prince Charles and Camilla, I really appreciate how philanthropic you both are!

Princess Anne, Prince Andrew, and Prince Edward, you are all awesome individuals!

Queen Elizabeth, you are my personal favorite (is that okay to say?) and I love you a lot. You’re inspiring and I admire your constant strength through your 66 years as head of state. I really would just like to hug you, but that would be improper, so I would shake your hand if given the chance.

You’re all impressive people and I hope that one day I may be able to meet you all. It’s almost every Americans’ dream.

P.S. I’ll see you at the Royal Wedding in May! I’ll be the American frantically waving in the crowd.

P.P.S. Side note: are there any job openings working on your personal staffs? Asking for a friend.