Actresses Are Taking A Stand On Issues Of Equality
Odyssey

Actresses Are Taking A Stand On Issues Of Equality

A review of inspiring actions celebrities have been taking on equal pay and equality as a whole. 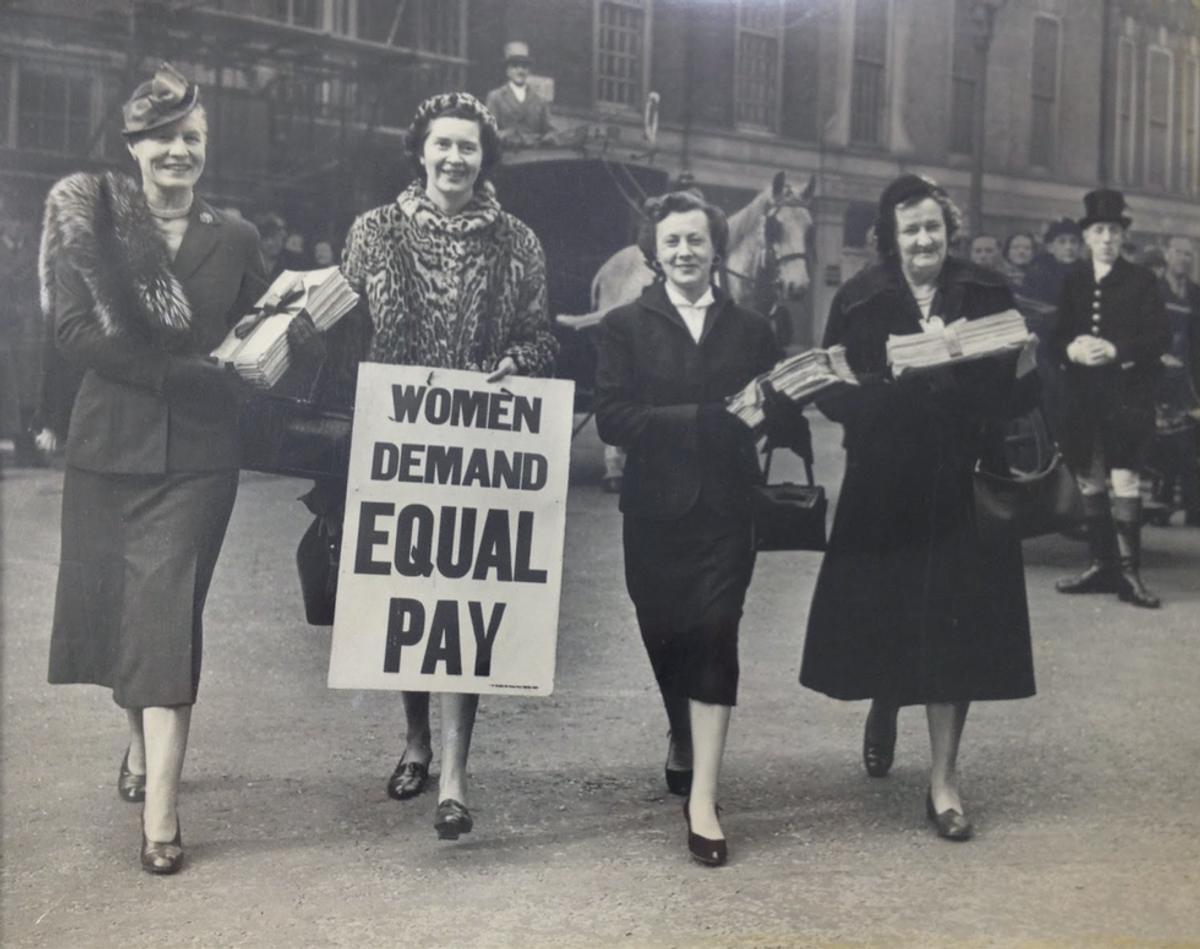 Recently, most of us have all come to know and love the latest hit show on Netflix, Shameless. For those who have seen it, I believe we can all agree that the show is hysterical and the actors all play their characters very well. As we do with any binge-worthy show, you start to believe these actors are their real characters and become deeply invested in what is going on in the show. However, it is what actor Emmy Rossum, who plays Fiona Gallagher on "Shameless", did that impressed me the most.

When talk of season 8 started being mentioned for this successful show, Emmy Rossum was a little hesitant at first, not because she doesn’t enjoy being on the show, rather it was her pay. Yes, she was already making more than some of us will ever make in our lives, but she was standing up for equal pay because the main male co-star was receiving more than her. She took this stance because she felt she was just as much an integral part of the show he was and there was no reason her gender should be holding her back from the money she deserves from her performance. Rossum demanded equal pay or she would not be on the show anymore. While this was a risky gamble, the producers and directors of the show ended up giving her what she asked for and deserved. I am very happy that she took a stand and stood up for equal pay. She has automatically become a role model to many females after doing that.

Recently, I also saw that the actors of the hit sitcom, "The Big Bang Theory," were also taking a stand for equal pay within their cast. While the lead actress, Kaley Cuoco, who plays Penny on the show, is paid the same amount as the other leads on the show who are men, there are other important characters of the show who were getting paid significantly less. Kaley and the other actors on the show took action when their co-stars who play Bernadette and Amy continued to receive no rise in salary, even though they are in almost as many episodes and only joined the show a little later. The leading actors and actress decided to voluntarily take a pay cut, demanding that Mayim Bialik (Amy) and Melissa Rauch (Bernadette), be given a raise. The act is reported to have been successful. This also relates back to the show, "Friends," when they wanted to make elements more equal on their show. It appears, "The Big Bang Theory," is making strides to follow the 90’s sitcom in becoming an equal cast in all aspects.

While not directly reflecting equal pay, the upcoming release of Disney’s live version "Beauty and The Beast," has stirred up a lot of news surrounding Emma Watson, who is playing Princess Belle in the movie. It was probably already known by most people that Watson is a Feminist and stands up for Women’s Rights. But with the movie being released soon, there are plenty of articles floating around reminding us of her beliefs about women. She also talks a little bit about the role she played as Belle. She picked her costumes carefully because she wanted to give off the correct impression to all of the little girls and even young women that are sure to see these movies. For example, she decided not to wear a corset with the big iconic, yellow, ball gown and instead went with her body’s natural beauty in that dress. She also said she likes that the character of Belle seems to do it all, meaning she doesn’t fit into a typical "princess" stereotype.

Overall, these are just a few examples of people in the limelight who are taking a stand to make the world a more equal place. Being a female myself, I also find all of this news inspiring. I have often learned in my classes regarding media that people will listen and follow what celebrities have to say about the common person because they are always in the public eye. It makes me very happy and inspired, myself, that there is action being taken among celebrities and I hope others, both famous and not, will begin to start taking a stand or making a difference in any issues they feel are important to them.

Caitlin Marie Grimes
University of South Florida
10264
Beyond The States