Academic Freedom: What It Means For Republican Students
Odyssey

Academic Freedom: What It Means For Republican Students 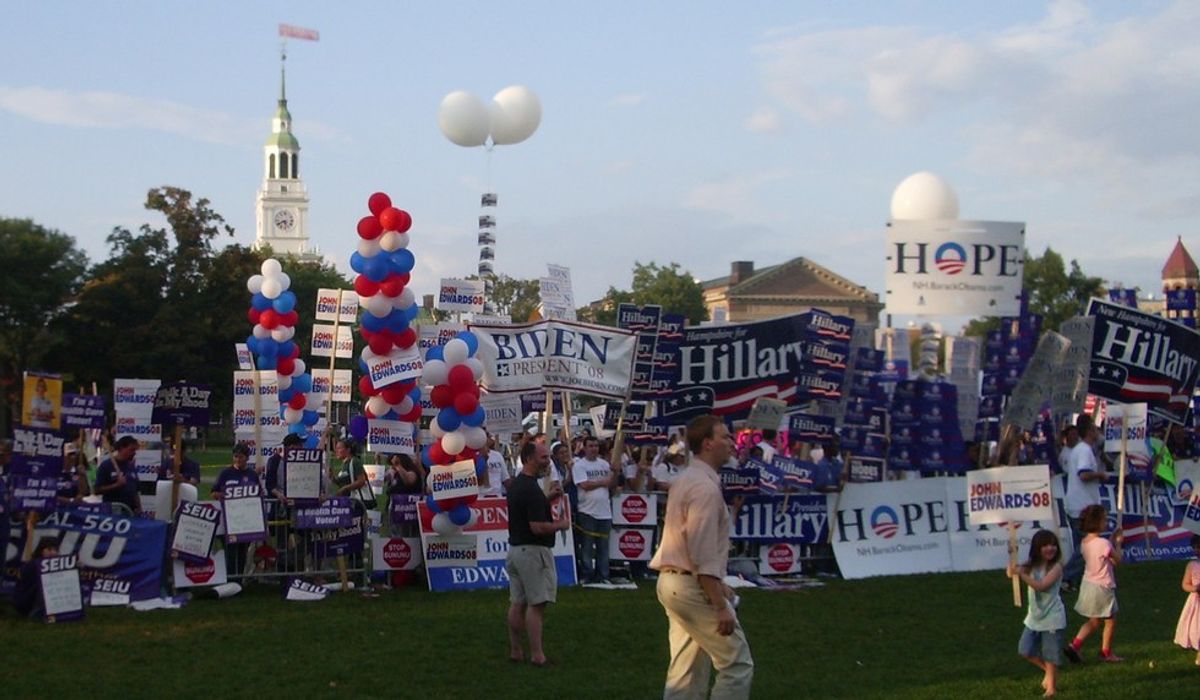 Recently, my attention has been engrossed by a distinct topic of controversy: academic freedom. I became frustrated after stumbling across a peers' attempt at condemning "alt-right" agenda when Professor Watchlist threatened the comfortable atmosphere liberal professors have to teach politically driven course material. According to Turning Point USA, the mission of the watchlist, which currently enumerates two-hundred U.S. professors, is to, "expose and document college professors who discriminate against conservative students and advance leftist propaganda in the classroom." Initially, it struck me as ironic that the same movement created to preserve student rights to an education free from overt political bias or intervention, threatened academic freedom.

While I am able to validate the concerns that this McCarthy-esque style of targeting liberals provokes-namely, the concern that the list endangers the academic integrity of liberal professors-I believe that public concerns over the liberal domination of academia deserve to be validated as well. The list, however questionable, is justified in challenging the influence of liberal politics in academia. Liberal influence has grown increasingly noticeable on college campuses across America. In multiple studies, only six to eleven percent of professors in the humanities, and seven to nine percent of professors in the social sciences identify as Republican. To put that into perspective: within the social sciences more professors, around 18%, identify as Marxist. The extent to which liberal ideology influences educational institutions, demands discussion. Apart from discouraging conservative ideology, lack of ideologic diversity is detrimental to societal search for social, economical, and political truth. Perhaps best said by progressive journalist Nicholas Kristof, "When perspectives are unrepresented in discussions...classrooms become echo chambers rather than sounding boards — and we all lose." The challenges presented by ideological diversity encourage intellectual inquiry, growth, and understanding. However, beyond polarizing political debate in academia, my research yielded another complicating matter.

Instead of provoking concern over professorial right to academic freedom, left-wing responses to the threat posed by Professor Watchlist prompted consideration of the extent to which student right to academic freedom is endangered. The 1940 Statement of Principles on Academic Freedom and Tenure almost exclusively protects professorial right to academic freedom: "Teachers are entitled to freedom in the classroom in discussing their subject, but they should be careful not to introduce into their teaching controversial matter which has no relation to their subject." It is clear to me that the concept of academic freedom encourages and maintains educational integrity, but, does not permit propagandizing course material. However, the ambiguity of the statement leaves room for open interpretation of material having, "no relation to their [professor] subject", thereby failing to successfully protect students from inappropriate and overt bias, as well as the propagandizing of course material. Within educational institutions that are politically homogenous, academic freedom unintentionally condemns minority ideals.

Our society has neglected to characterize student right to academic freedom. Academia should be neither devoid of challenges to a student's personal ideology, nor plagued by professorially imposed personal ideology. There is a difference between creating an atmosphere that gives professors the opportunity to thoughtfully challenge the intellectual integrity of a student's beliefs, and between creating an atmosphere that permits disparaging a student's beliefs and propagandizing course material. Maintaining this balance has proven a challenge, but deserves our utmost attention as we mold a generation of future leaders.