The Bible Isn't Here For Your Abortion Ban

Here are some things you choose to ignore. 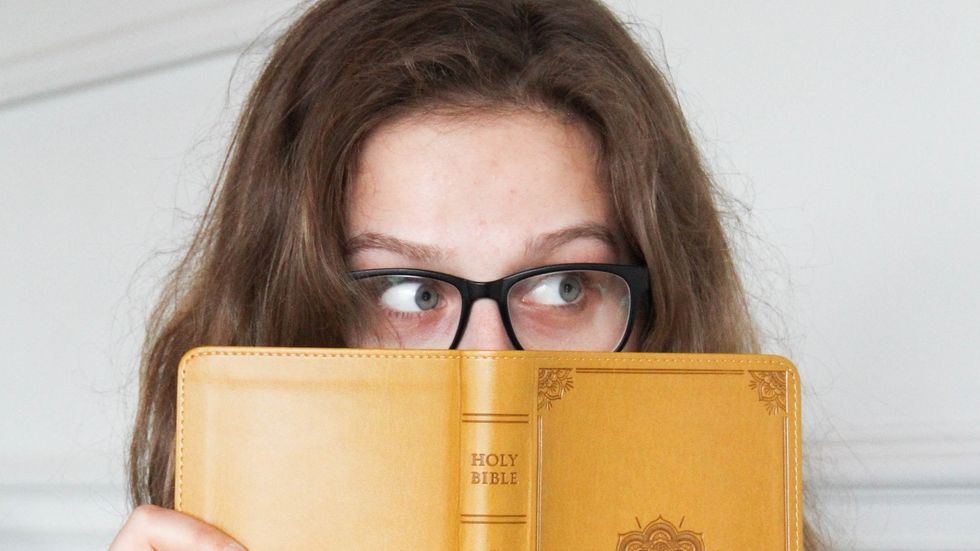 There are many arguments as to why abortions should be banned for religious reasons. I hate to break it to you, but we live in a country where we separate religion and state for a reason. So all of those arguments are already invalid. But, just for argument's sake, let's ignore all that for now and take a look strictly at the Bible itself.

There are many things that people claim the bible is against but that I have seen no true backing for. One of them being abortions.

Abortions do not kill people or babies. You can not kill something that is not its own life. We all know the argument that life begins at conception. I am here to tell you that's not what the bible has to say. According to Genesis 2:7 life starts at the first breath. "And the Lord God formed man of the dust of the ground, and breathed into his nostrils the breath of life; and man became a living soul." Adam's life started at his first breath. Therefore, because fetuses can not breathe, they can not be biblically alive. So as you can see, according to the bible, breathing is what makes us alive. If we don't breath, we are dirt.

If that does not convince you God does not consider a fetus to be life take a look at Exodus 21:22-25:

"22. And should men quarrel and hit a pregnant woman, and she miscarries but there is no fatality, he shall surely be punished, when the woman's husband makes demands of him, and he shall give [restitution] according to the judges' [orders]. 23. But if there is a fatality, you shall give a life for a life, 24. An eye for an eye, a tooth for a tooth, a hand for a hand, a foot for a foot. 25. A burn for a burn, a wound for a wound, a bruise for a bruise."

This passage clearly states that the loss of a fetus is not a loss of life. Losing a fetus is not losing a life. The fetus here is treated as property, and the man who harmed the families property will have to pay a fine. Yet, if he had killed the wife, and not just caused a miscarriage, he would have to give his life as punishment.

So stop picking and choosing what you want from the Bible. One of the biggest themes of the Bible is that we should not judge one another or be angry at each other as shown by the following quote; "... And anyone who says, 'You fool!' will be in danger of the fire of hell" (Matthew 5:21-22). Yet you use your Holy book to judge others and to preach your hatred.

You are not out here protesting that people who commit adultery or use God's name in vain, should be thrown in jail. And those are a part of the Ten Commandments. You should be donating your money and time to helping the poor, even if they are different than you. But you are not because it is not about religion and it never was, so stop using your religion as an excuse for your intolerance.