Waking Up to Politics
Odyssey

While not a hero, I became interested in politics through learning. 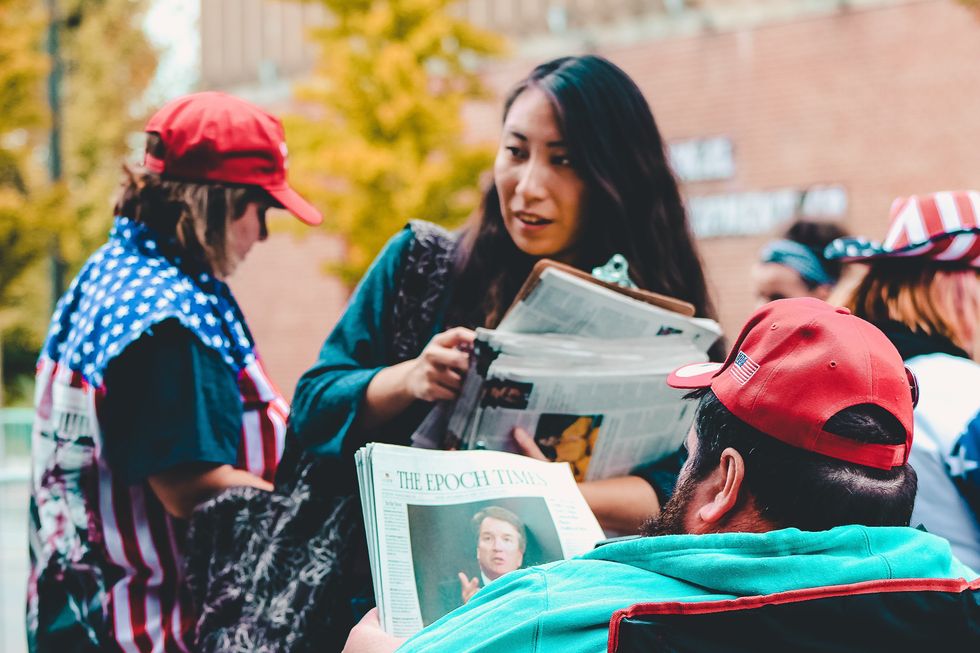 At the time I'm writing this, several Democratic candidates have declared their intent to run for President of the United States in 2020, a crisis is occurring within Venezuela, the United Kingdom's severance from the European Union sees no way out that won't harm the nation, and India and Pakistan face a military clash over the long-disputed territory of Kashmir.

If somebody asked me when I started high school on why are these issues important, I wouldn't know what to say. I became familiar with the world through books, and occasionally watched the news. My first impression was with the Arab Spring in 2011, in which I was enamored by how people fought for their rights and wanted to pursue democracy. It led to a naive letter to the editor in my high school newspaper trying to help them out.

Simultaneously, I joined Lakeside's chapter for Amnesty International, which focused more on human rights. For the first time in my life, I learned about what people were going through for basic human needs. While I learned a lot and participated in a few events, I had an overly romanticized view of activism, and didn't see how much work was needed in becoming

However, it was my sophomore year in which I started becoming more keen on global events. When I started writing for the Tatler, some of my articles focused on politics, but most of them were littered by normal musings about what's going on in school. However, Model United Nations changed everything.

For every sophomore history class, the students have to represent a country for Model United Nations, and present a policy recommendation for one of a variety of political issues. In my case, I represented France on the Security Council and focused on Kashmir, with a crisis on Syria. I neither remember most of what was argued, nor the writing process. It was the simulation which pronged me open towards this new world. Seeing how negotiation worked, the struggle to come up with a decent solution, and the need to pique others to get what they want. It evolved to two more years of MUN conferences, and an International Studies track to hone my interests in foreign policy. I've developed an interest in history which I haven't thought of when I was in middle school. And I saw myself becoming worldly despite my lack of travel.

Thinking about the events which took place within my college bubble throughout the last four years, I feel like I've developed an understanding of how the world changes and where everyone is going. I've read the news more, discussed politics with my friends on occasion, and learned about what I want to help in the long-term.

Naturally, the games played have made it dark, and also turned me off towards any future career as politician. My parents also question my choices in that regard, because I prefer to shy myself away and work in the background without taking account of people's interests. Even outside that realm, it would pay less and be less personally satisfying for me.

Even if my parents are right on the career-path, I don't believe I can be completely apolitical again. There are too many issues in the world, and I have to learn about at least some of them before solving it.