Q&A With Officer Breshears Of The Overland Park Police Department

Q&A With Officer Breshears Of The Overland Park Police Department 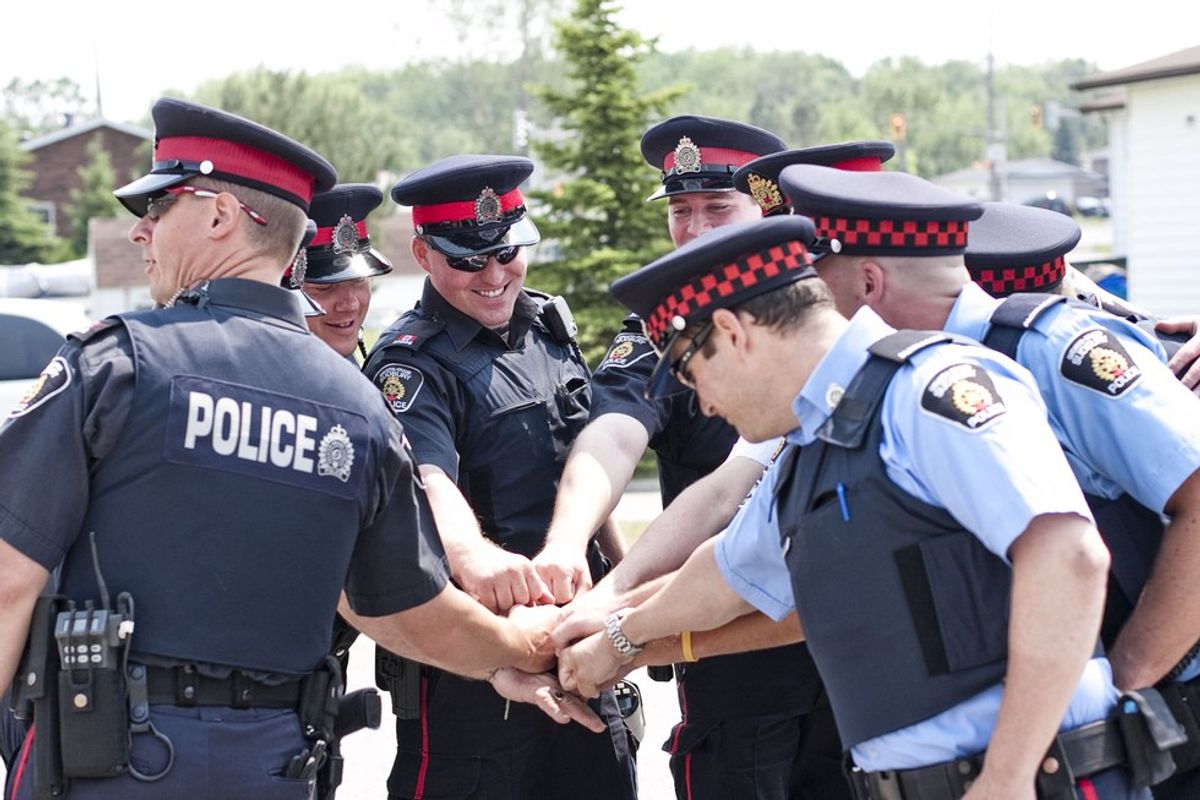 I am very partial to the police department and all their hard, courageous work. However, I am also not one to ignore facts. As many know, there have been a variety of police encounters that have seemed questionable and done under excessive force. I, like many others (hopefully), have been giving the policemen in question the benefit of the doubt. Since many people have been protesting against these men, it made me take a second look and wonder a little bit longer about what was happening. I decided to get the information for myself from the men themselves.

I had the opportunity to talk a little bit with Officer Breshears.

Officer Richard Breshears has been with the Overland Park Police Department since 2006. He has worked in Patrol Division, Investigations Division and the Administration Division. He has served as an officer, field training officer, detective, federal task force detective with Secret Service, evidence technician, honor guard member, department recruiter and currently public information officer (until this past Sunday when he was promoted as Sergeant in Patrol Division).

1. Reasor: In light of recent events, have you or will you plan any events to reach out to communities of all races to build a necessary bond of unity?

Breshears: We continue to work hand in hand with our community. We have numerous events scheduled throughout the year to engage the public. We also have a COPPS Unit that works with our neighborhoods and apartment complexes to assist the public in problem solving issues.

2. Reasor: Are you ready to/are you capable of re-examining the members of your department in an effort to find "bad cops" and remove them from their position?

Breshears: "Bad Cops" is a broad term. While we are always monitoring our officers for their professional conduct, on and off-duty. This recent case of an officer being terminated is a rarity. Officers are told, and understand, that they are held to a higher standard.

3. Reasor: Is there anything you feel the public needs clarified in light of recent events?

Breshears: We are being as transparent as possible. There is a criminal investigation on-going which limits what information we can release to the public.

4. Reasor: Considering the past year or more regarding reactions and assumption of guilt towards police, if you could go back and do it all over again, would you still become a policeman?

Breshears: Yes, I've been a police officer for 10 years and it is one of the most rewarding jobs anyone could do. The police generally see people at their worse so we understand some of the negativity towards our profession.

5. Reasor: Realizing that your put your life on the line every day to keep us safe and that people in all careers who are very good and committed to their jobs can and do make mistakes, how do you feel right now with so much outcry implying that police for the most part are prejudiced or bad?

Breshears: I would say in each and every profession you will find a bad "apple" in the bunch. As officers are held to a higher standard, examples of officer misconduct seems to have more of an affect on the perception than most professions.

6. Reasor: What is the death rate of a policeman dying on duty verses a promoted participant who is in the department but not out directly dealing with emergency situations?

Breshears: We have only had one officer killed in the line of duty. Officer Deanna Rose was killed in 1985 after a teenage DUI suspect ran her over.

7. Reasor: There seems to be an implication that most/many police are racist. How would you respond to that?

Breshears: Refer to answer 5. (I would say in each and every profession you will find a bad "apple" in the bunch. As officers are held to a higher standard, examples of officer misconduct seems to have more of an affect on the perception than most professions.)

8. Reasor: Does the police structure have a process for monitoring and evaluating police to be aware of “bad cops”? If so, what is it called and how does it work? And what are the numbers of bad verses good?

Breshears: Again "Bad Cops" is a broad term. We wouldn't hire someone if we thought they would not meet our high standards of professionalism.

9. Reasor: In light of recent events, does that affect how you react in certain situations? Does it make you think twice about anything?

Breshears: I think officers are aware of public perception, but this is not new as we have always been aware of the perception.

10. Reasor: Concerning what people are saying, does this make you feel underrated, under-appreciated, or disrespected in anyway? Speaking for yourself and for the department?

Breshears: We understand some of the public may have a difficult time trusting law enforcement but at the end of the day, our department is going to respond to the needs of the public.

11. Reasor: Lastly, is there anything you would tell your younger self who was deciding whether to become a serviceman or not? Any advice?

Breshears: I would say that this is a rewarding career and one that is always changing.

Madison Franz
The Narrative
1115571
Photo by Brooke Cagle on Unsplash

Madison Franz
The Narrative
653404
Photo by Manny Moreno on Unsplash