Everything You Need To Know About The 911 Saves Act

And I want YOU to support it. 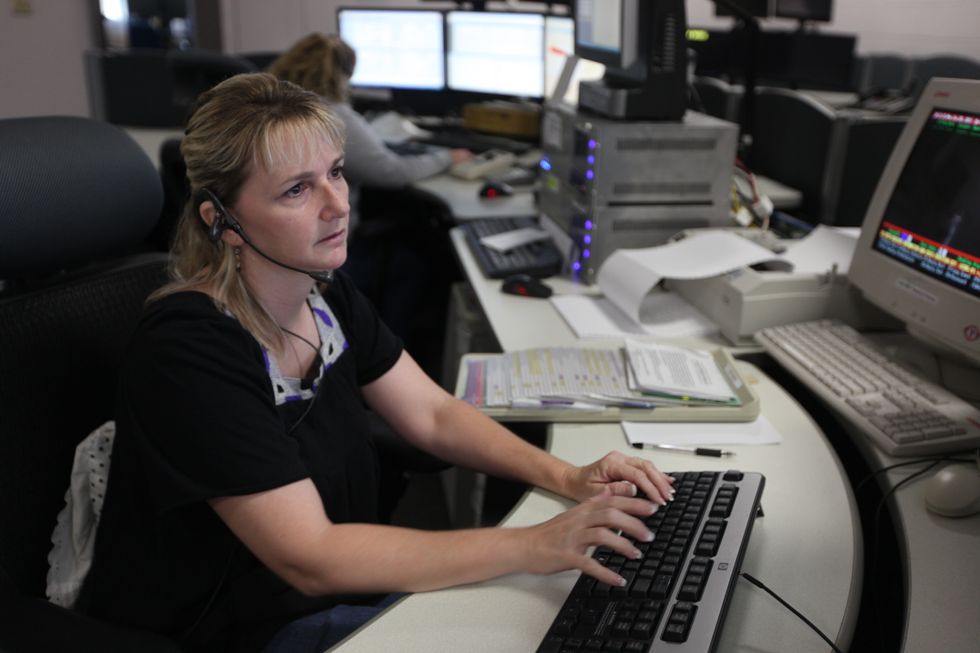 If you didn't already know, 911 dispatchers (i.e., the people who answer the phone when you call 911 and simultaneously inform the officers, ambulances and fire vehicles what's going on and where to go) are considered clerical workers in terms of benefits, salary, and retirement (the same as secretaries, record-keepers, and administrative assistants). Even though they are literally first responders trained to direct emergency response and administer lifesaving emergency medical instructions--all over the phone--to panicked citizens. Emergency telecommunicators are essential to public safety and deserving of reclassification. First responders should be treated as first responders.

On March 7th, 2019, Congresswoman Norma Torres (a former 911 dispatcher) and Brian Fitzpatrick (a former FBI Special Agent and federal prosecutor) introduced H.R. 1629, the bipartisan 911 SAVES Act (Supporting Accurate Views of Emergency Services), a bill to reclassify 911 telecommunication officers from "Office and Administration Support Occupations," to "Protective Service Occupations" according to the Office of Management and Budget and the Standard Occupational Classification catalog-- and in the eyes of the public.

Congresswoman Torres spearheaded the campaign after working seventeen years as a 911 dispatcher for the Los Angeles Police Department. She spoke about her experience, "I know firsthand the challenges our public safety dispatchers face, the stress they are put under, and the critical importance of their work. Without dispatchers, law enforcement, firefighters and EMTs wouldn't be able to do their jobs."

Congressman Fitzpatrick, with his previous experience in public safety, also understands the importance of this reclassification, "As a former FBI Agent, I know the work done by our 911 operators and dispatchers is critical for the safety of our community. When we are in danger, we call 911 and rely on those on the other end of the line to make sure we get the help we need. This legislation will give our 911 operators and dispatchers the resources, benefits, and recognition they deserve."

The bill is backed by the Association of Public Safety Communications Officials (APCO) International, the NENA: The 911 Association, and the American Federation of State, County and Municipal Employees (AFSCME). NENA President Jamison Peevyhouse said in a statement, "We applaud Representative Torres, a longtime supporter of the 911 community, and Representative. Fitzpatrick for their leadership on this issue. NENA and its members have long advocated for an accurate statistical classification for 911 professionals to support critical research into the mental and physical impacts of 911 jobs. We urge all members of Congress to support this non-partisan, cost-free measure that reflects the respect and support the American public has for its 911 professionals, who answer more than 240 million calls for help every year."

This 911 SAVES Act does nothing but help to support the men and women who work twenty-four hours a day to protect and serve the public. It's the first bill of its kind to give 9-1-1 dispatchers the recognition they deserve for the work they do every day to protect and save the lives of the public and first responders.

"The 911 SAVES Act recognizes the significance of these roles and ensures all classification standards put public safety first. I'm proud to work with Congressman Fitzpatrick to finally give 9-1-1 dispatchers their due — making us all safer in the long run," she added.

So if you care about the people on the other end of the phone, you need to support this effort by contacting your state's representatives and asking them to sponsor the bill. Congresswoman Torres even includes a template and instructions to help you format your email here.

And share this video to get your friends on board too!

Because dispatchers deserve respect and appreciation from all of us.