Dispatchers Deserve To Be First Responders

Because she is THE first responder. 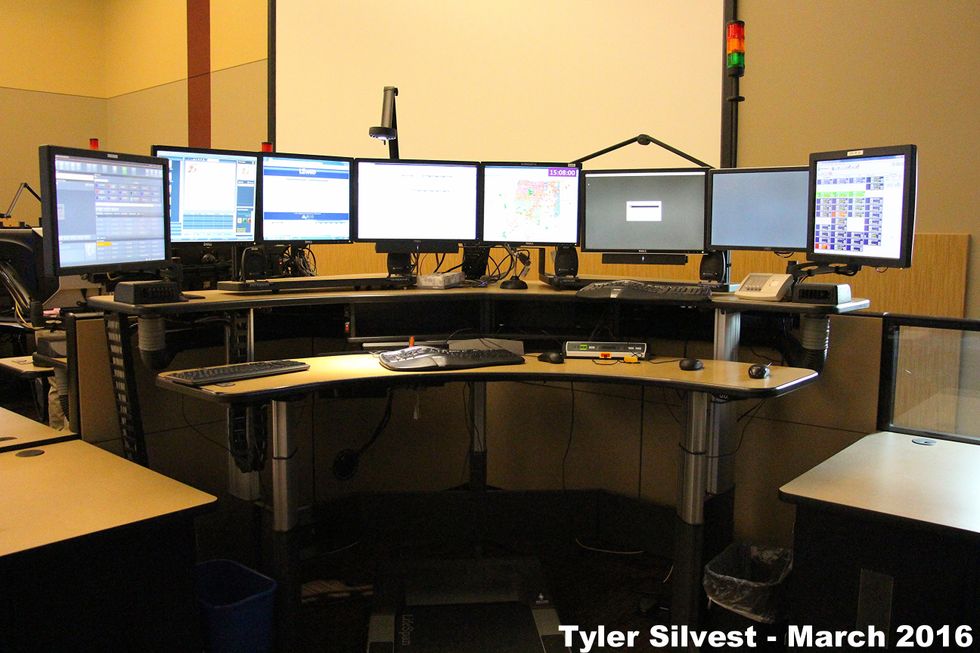 My amazing, kick-ass mom has been a dispatcher, or "public safety telecommunicator," for almost seven years.

Here's a picture of her for reference. She's the cutest thing ever.

Behold, an actual superhero. In the flesh.Caitlin Via

And during these seven years, my mom has been the one to answer the phone when a mother found that her baby had stopped breathing, a friend was trying desperately to talk another friend out of suicide, a young girl was hiding from a stranger who'd broken into her house, a passerby witnessed a fatal car accident with severe, gruesome injuries, and so many other terrifying situations. And she gets almost no credit for it. Just like the other 100,000 dispatchers all over the country.

Not only does my mom answer these, let's admit it, traumatizing phone calls, but she's also trained to administer CPR instructions, emergency first aid, and shock treatment instructions-- all over the phone. She's able to quickly distinguish the emergency while talking to citizens who are frantically crying, spitting obscene insults and maybe not even speaking English at all, while simultaneously taking notes on the computer, talking to the deputy/officer in the jurisdiction, and calling an ambulance/fire department.

She can type a million miles a minute, multitask like a mad woman and somehow keep her cool through even the most insane situations. She keeps her officers safe with her constant communication and routine checks on them every hour. She completes multiple hours of training, certifications and monitored tests to be qualified to do what she does. And she's the bomb at it.

Yet she doesn't have the same rights as the officers she protects.

911 dispatchers are technically classified as "clerical workers," which is the same thing as an administrative assistant or someone who works at a front desk. So even though they're doing LIFE-SAVING work, they get the same pay, retirement, and benefits as someone who works a much less-stress job. Hella unfair, right?

Congresswoman Norma Torres thinks so too. She worked as a dispatcher for seventeen years with the Los Angeles Police Department and has used her experience as a platform to lobby for dispatchers' status to be upgraded to first responders-- a fight that is still ongoing today.

Not only would this status change protect dispatchers' life insurance and retirement benefits, but it will also provide better health care and affordable counseling opportunities that dispatchers desperately need the most.

Congresswoman Torres argues that dispatchers should be considered first responders because when natural disasters hit, and police officers, medical workers, and firefighters are called to the scene, dispatchers are too. Most dispatchers are trained to work in mobile command units in the event of a disaster, where they are expected to work and around the clock until the situation has passed. Something that is not expected of clerical workers.

Torres feels so strongly in her fight to bestow dispatchers their rights because they have hardly ANY representation in society. There's no union or umbrella cooperation that represents them or highlights their importance. They're clerical workers, but so not clerical workers. Officers, but not technically officers. They're stranded in limbo even though they are so essential to our safety.

When the facts are presented, its surprising that dispatchers aren't already considered first responders.

People like my mom are the connection between distressed citizens and emergency help. Without people like her, there would be no cops, or firefighters or ambulances to come save the day. There would be no organization or time-sensitive help in emergencies. Everything would go to hell without my mom. She is needed.

And she deserves to be treated like she's needed.