9 Things Only People From Montville, CT Understand
Odyssey
CurrentlySwoonLifestyleHealth & WellnessStudent LifeContent InspirationEntertainmentPolitics and ActivismSportsAdulting
About usAdvertiseTermsPrivacyDMCAContact us
® 2023 ODYSSEY
Welcome back
Sign in to comment to your favorite stories, participate in your community and interact with your friends
or
LOG IN WITH FACEBOOK
No account? Create one
Start writing a post
Student Life

We've all been to the Mohegan Sun casino. 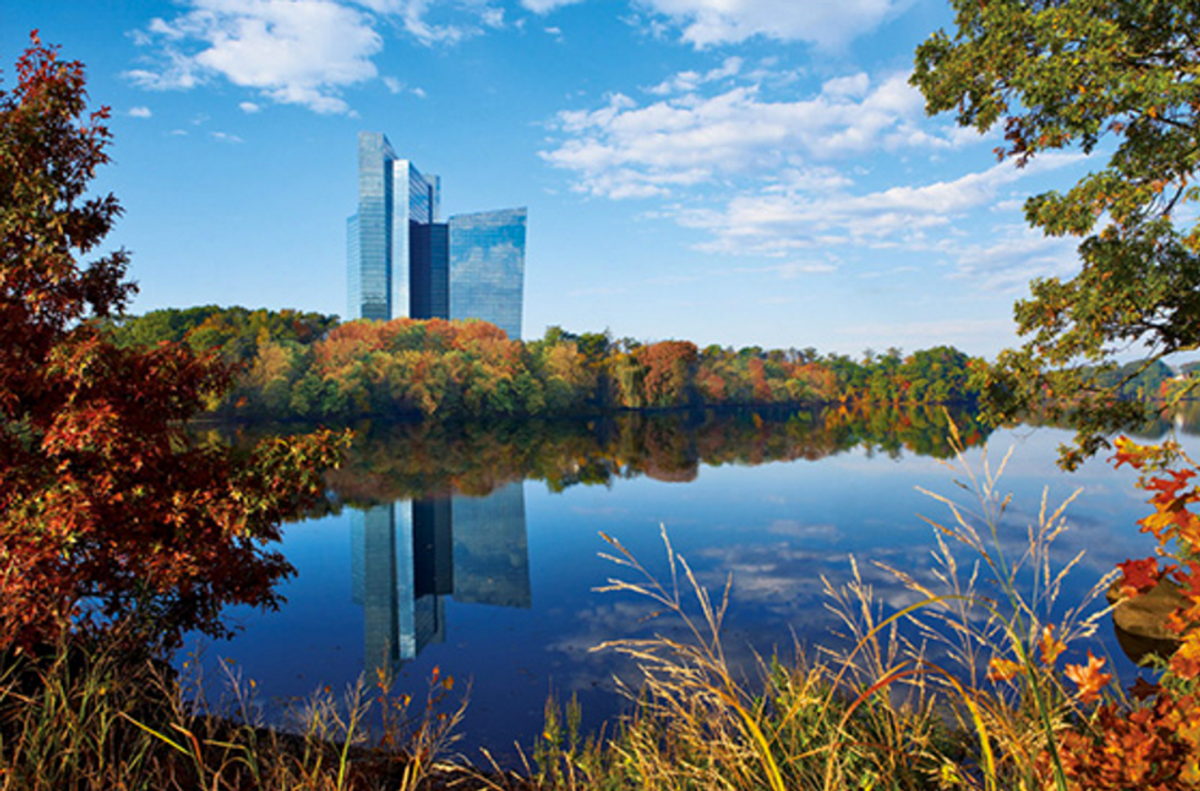 Growing up in rural Connecticut, it's hard to pinpoint exactly what makes our own slice of small-town America unique. Is it the endless forests, winding highways, and frigid New England winters? Or the faces you grew up seeing each day, and the sense of community that they instilled in you? You never truly appreciate a place until it's already become a memory you can only return to--there are certain things we take away from our hometowns, even though we may not realize it. If you're from Montville, CT, then you know a few things to be particularly true:

1. We have our own casino

If you're from Montville, then you're used to having to explain to everyone where it is. Our only real claim to fame is the Mohegan Sun casino, where people travel from all over the world to gamble and get sloppy drunk at nightclubs like Avalon and Vista Lounge. In high school, you probably remember late-night Krispy Kreme donut runs and sneaking into the summer fireworks shows without parental supervision.

2. You've gotten lost in The Manor

This is one of the major neighborhoods in Montville. All of the houses were built in the 1960s and haven't been changed even a tiny bit since. Each road is named after a U.S. state but kids have been known to steal street signs, so good luck actually finding your way out of that endless maze. Connecticut Ave. has been missing for as long as you can remember.

When schools from other towns came to play your sports teams, this was generally the only set of directions they needed to find Montville High School. For most people, driving past a literal mountain of garbage would be an eyesore but to you, it was just another Monday morning on your way to homeroom.

The Chili's next to Stop and Shop (off of Route 32) is where you're 99% likely to run into someone you know. For years, Montville locals have squeezed into corner booths after baseball games, chorus recitals, and for birthday parties, reunions, and everything in between. You haven't had to look at a menu to decide what you wanted since 2009, at least.

5. All we do is have bonfires

Other than the aforementioned Mohegan Sun casino, there is not a single thing to do in Montville. High schoolers kill their time throwing bonfires on the weekends and inviting all of the Eastern Connecticut Conference to attend. Back then, it was totally normal to drive 2 miles into the woods to an undisclosed location named something like "The Coop."

Before you had the freedom of driving aimlessly around town looking for plans, you begged your parents to drop you off outside the Oakdale Firehouse for a "dance party" that some upper classman had invited you to on Facebook. On the cusp of puberty, you sat on the sidelines afraid to actually dance with anybody and learned that glitter heels and tube skirts were best left at home.

7. Your high school was a downgrade

Montville High School is only one floor in size, compared to Tyl Middle School down the road, which is massive for no reason at all. Once you entered 9th grade, it was impossible to walk to class without running into everyone you knew. This was both great for catching up with friends on last night's episode of Glee, and awful when your ex got a new girlfriend.

8. Nothing is a secret

In a town as small as Montville, everyone gets in on the drama. You knew every person in your graduating class and your parents went to school with all of their parents, too. Sneaking around and getting into trouble was nearly impossible when every coach, teacher, and neighbor were constantly in the gossip loop.

It was impossible not to spot the Mom Squad sitting in the bleachers, armed with blankets, hot chocolate, and hand warmers at all times. Middle schoolers were too cool to actually watch the game, walking laps around the track and being kissed for the first time on the hill by the tennis courts instead. By senior year, your friends were the ones with their chests painted orange and black.

No matter where we come from, we can all find things that are nostalgic and cringe-worthy about the towns we grew up in. Big or small, these are the memories that shaped us most (and hopefully for the better).

QueenRadhi
The State University of New York at Stony Brook
3075