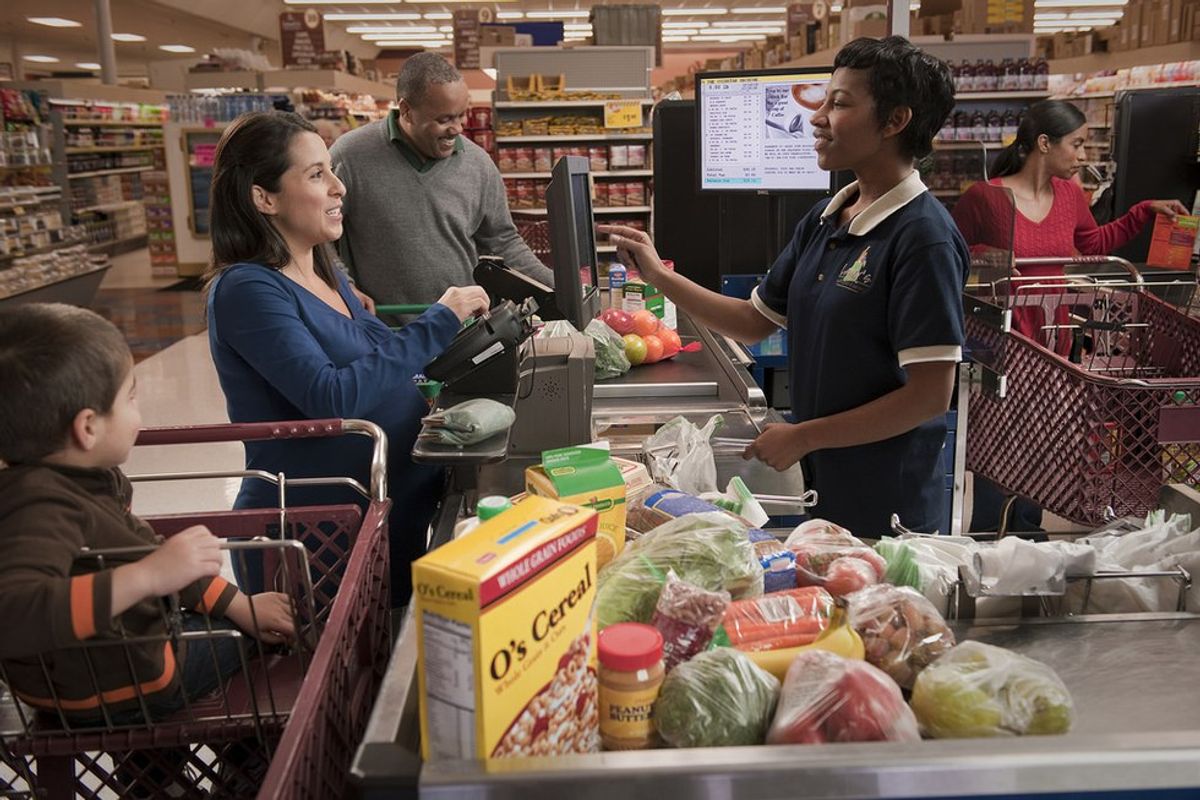 Republicans now have control of the House, Senate, and Executive branches, which means many governmental assistance programs are in danger. Trump’s already endorsed Paul Ryan’s plans on cutting Medicaid and he has a history of attacking food stamps extensively. This is a danger for America's low-income citizens. Most of the hatred that is targeted at the food stamps program is based on highly false misconceptions, and most people have no idea how wrong these conceptions are.

First off, Food Stamps, EBT, and SNAP benefits are all the same thing, but they are officially called SNAP benefits, and therefore will be referred to as such in this article.

Myth 1. The hungry Americans are the homeless populations.

Truth: A majority of the hungry citizens aren't homeless - they just earn too little of money to afford all the nutritious food they need. Hungry families live in urban and rural areas, and the numbers in suburban areas are increasing. (Although no one is denying the fact that the homeless population is also hungry).

Truth: The majority of SNAP recipients that can work do work. Most able-bodied recipients are working full or part time.

Myth 3. Snap is a drain on tax-payers.

Myth 4. SNAP is full of fraud and abuse.

Truth: SNAP has a fraud rate that is less than 3% (Occupy Democrats reports less than 1%), which is the lowest of any public health benefit.

Truth: Undocumented immigrants have NEVER been eligible for SNAP benefits - they are actually very unlikely to apply because they fear deportation. In actuality, the largest food stamp recipients are white children, followed by disabled and senior citizens.

Myth 6. People using SNAP creates a dependency, where they stay on SNAP and abuse the system.

Truth: A majority of beneficiaries use SNAP benefits for just six-ten months.

Myth 7. The EBT card makes it so that people can buy anything with their SNAP benefits.

Truth: There are clear restrictions on what items can be purchased with SNAP benefits. The following are prohibited: beer, wine, liquor, cigarettes or tobacco products, vitamins and medicine, prepared hot foods (which also means that EBT cards cannot be used in restaurants), and any non-food items. The EBT card is meant to streamline administration and reduce stigma.

Also, according to The New York Times, SNAP benefits fraud has gradually decreased since the USDA replaced paper vouchers with EBT cards in the late 1990's.

Myth 8. Eligibility requirements are not strict enough, and enrolling in SNAP benefits is too easy.

Truth: Eligibility is determined based on the number of eligible household members, documentation of income and deduction, and household composition (elderly, disabled, etc.). A household is eligible for SNAP if it's income is lower than 130-200% of the Federal Poverty Level (this percent-rate varies from state to state). Only 72% of all people who are eligible for SNAP and 60% of the working poor actually received benefits. It may seem like SNAP benefits are easy to obtain because more individuals are currently enrolled in the program (one in seven Americans). But this dramatic increase in numbers reflects the fact that more households are experiencing hardship because of the current economic climate.

Truth: The USDA's study found both food stamp recipients and other households generally made similar purchases - so it's not just SNAP beneficiaries making unhealthy food choices.

These are difficult truths for people to accept because it goes against the common (but very false) misconception that people on food stamps are lazy, unemployed, drug-addicted welfare queens leeching off the taxpayers. But it's important for people to become educated on the real truths about SNAP benefits, so that the people that desperately need SNAP assistance, can continue to recieve them.

Five Bible Verses To Help You During Sorority Recruitment