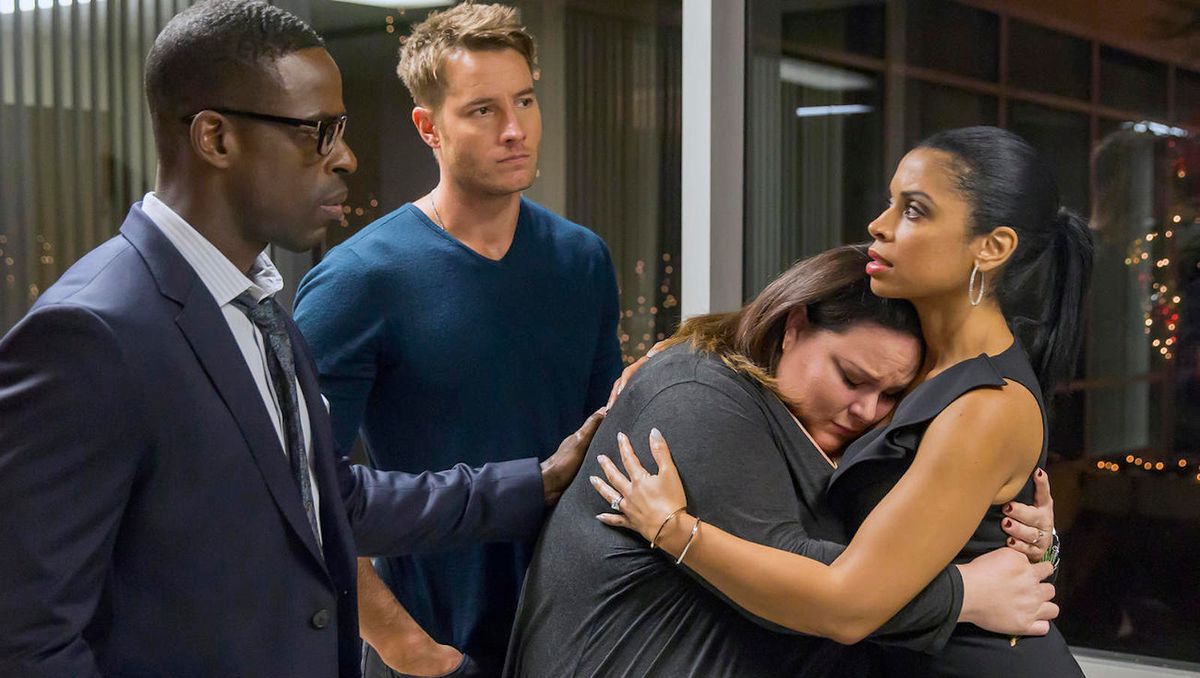 Whether you watch it, or simply hear middle aged women discussing it over coffee, ‘This Is Us’ has become an integral part of pop culture, and society in general. Being one of the most emotionally captivating shows in history (no room for argument there), ‘This Is Us’ never fails to bring upon the full spectrum of humanly possible feelings.

However, in its attempt to exhibit realistic family life, daily engagements and evoke emotional responses from viewers, it sometimes goes too far. When I say too far, I mean that I spend the hour following an episode curled up on my couch sobbing. Here are seven, just to name a few, times ‘This Is Us’ was simply too emotional to handle.

1. When we find out that Rebecca and Miguel are together

Not only are our hearts torn out of our chests when we find out that Jack is dead, but to find out that Rebecca is now married to Jack’s best friend is just not fair. How dare she!

William, Randall’s biological father was hands down one of the most beloved characters on the show. Learning about his difficult past was emotional enough, killing him was just selfish.

3. When Kevin is there for Randall’s emotional breakdown

On one of the biggest nights for Kevin’s career, he sacrifices everything he has worked for to be there for his brother. Kevin and Randall’s relationship was always far from perfect, and this moment not only gave us hope for their future, but managed to carve its own spot in our hearts.

4. When Jack tells Rebecca everything he loves about her

After deciding that they needed a break from their marriage, Jack takes it into his own hands to tell his wife that their story was just beginning, and continues on to list every reason he loves her. If you didn’t walk away from this scene ready to find your very own Jack Pearson, you must have already found him (in that case, please tell me where to look!).

As Kevin spirals into an alcohol addiction, he makes a series of poor choices, including sleeping with a woman from high school and leaving his father’s pendant there. His emotional confession that he needs help, and is in pain, hit viewers hard.

Talk about emotions! This is one of the first times we see Rebecca be completely emotionally vulnerable about Jack’s death when her children are grown up. This scene is so raw and pure and triggers every nerve in our bodies.

The episode we have been dreading for the past two years. Just knowing that Jack died was emotionally triggering enough, but watching it unfold was simply heartbreaking. From Jack going into the fire, to him dying unexpectedly, to seeing a grown up Tess at the end, this episode was heart wrenching in its entirety.

8. Rebecca's conversation with her kids after Jack's death