8 Things Hillsdale Students Do in their Free Time
Odyssey

8 Things Hillsdale Students Do in their Free Time

Beyond instilling liberty, freedom, hard-work, and a hatred of the Department of Education into the hearts of students, Hillsdale also encourages students to conquer weekend (and sometimes weekday) boredom through participating in an ever-growing slew of extra-curricular activities. 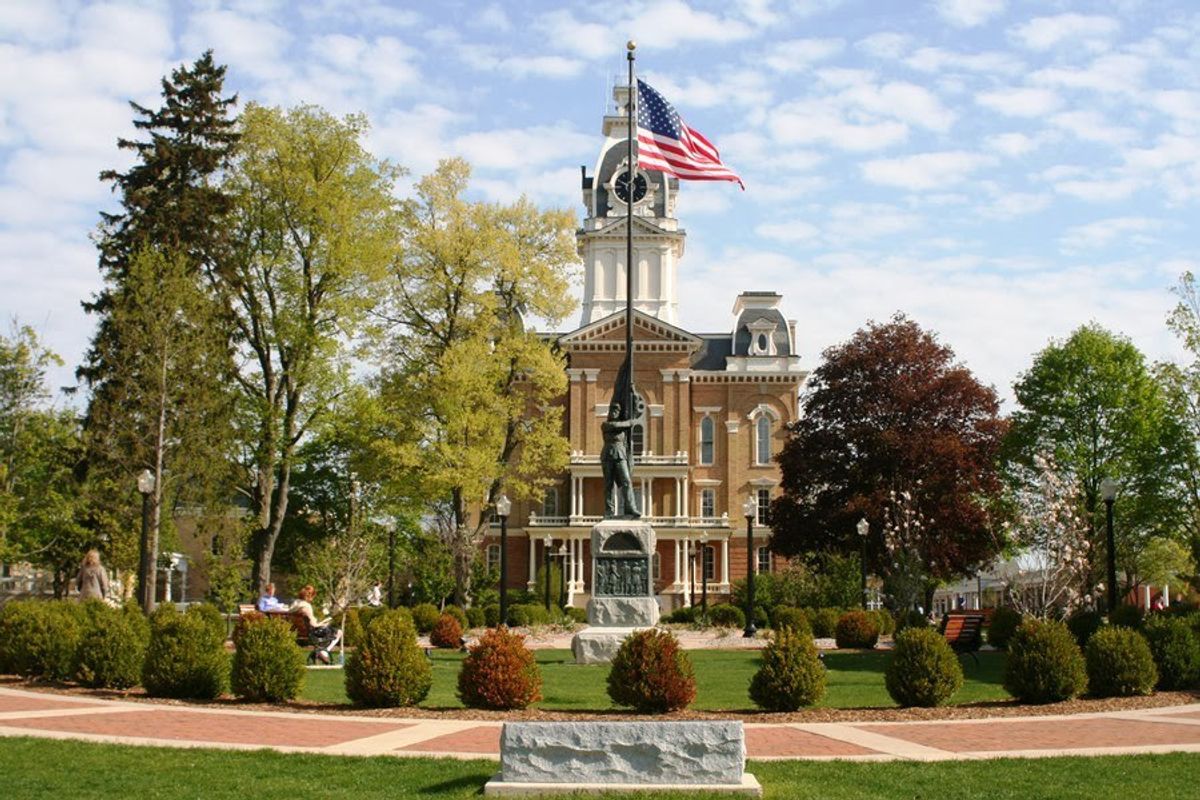 Hillsdale College guarantees students a unique college experience. Beyond instilling liberty, freedom, hard-work, and a hatred of the Department of Education into the hearts of its students, Hillsdale also encourages students to conquer weekend (and sometimes weekday) boredom through participating in an ever-growing slew of extra-curricular activities. So, here are eight things Hillsdale College students do with their free time.

1. Contemplate "The Good, The True, and The Beautiful"

Starting with freshman orientation, Hillsdale's honorable and fearless president, Dr. Larry Arnn, challenges students to ask the question, "What is The Good, The True, and The Beautiful?". From this point forward, one can hardly make it through a day without hearing at least one of these words in classes, at the cafeteria, on Overheard at Hillsdale, or in one's dreams. Although many optimistic freshmen think they know the answer to this question, and confidently approach Dr. Arnn, he always re-instills a healthy fear into these students by quickly destroying their logic. It's OK, freshmen. There is always next year.

Statue golf, like many college activities, originated out of boredom. Nevertheless, its simple premise of hitting a foam ball from statue to statue with as few strokes possible, quickly became, as the Student Activities Board (SAB) states, "one of the most iconic traditions at Hillsdale College." Luckily, as if nine holes (statues) of golfing was not enough, SAB also claims that, "Plans to expand the current nine hole course into a full eighteen are in the works."

Ah, Hillsdating. It is a truly unique Hillsdalian custom. Urban Dictionary defines Hillsdating as "Dating, Hillsdale College style. Which means basically not at all. Among many Hillsdaters there is the belief that it is morally wrong to hold hands before marriage. And kissing? Don't even think about it!" Although this definition did not appear until 2007, Hillsdating undoubtedly existed prior to then, and, despite efforts to reduce the disease, continues to exist to this day. Indeed, Hillsdating became such an epidemic that in the spring semester of 2016 an all but mandatory meeting was called to remedy the issue. Although the meeting was somewhat successful in preventing new outbreaks of the relational disease, the problem still exists because Hillsdale has the two factions which allow it to form: conservatives and homeschoolers. When these two elements come together, unrealistic expectations are created, courtships begin, and one's dating life concludes. Many students, consequently, fear entering into a relationship at Hillsdale. Luckily, a multitude of students have been able to escape the confines of Hillsdating, and now lead happy, healthy relationships. So, in short, come to Hillsdale. Date. But please, for the love of "The Good, The True, and The Beautiful," do not Hillsdate.

At most colleges, political debates pit Democrats against Republicans. Yet, at Hillsdale, since most students identify as Republicans (although the Hillsdale Democrats Club has apparently resurrected from the grave this semester), the debates occur between libertarians and conservatives. In paraphrasing a student's opinion on the debate, the Collegian reports "it is a hot topic on campus and deserved time for discussion." So, instead of clashing with their opposing political party, Hillsdale students take great pride in settling intra-party dilemmas. Welcome to Hillsdale.

Many college students (and professors) at other colleges advocate for the implementation of safe zones, the abandonment of phrases, words, or garb which could possibly come across as offensive to someone or some group, and for an overall politically correct environment. Most Hillsdale students (and professors) would laugh at these goals. Certainly, this does not mean that Hillsdale students lack respect. Hillsdale students are some of the most respectful students found on college campuses. Instead, we simply believe in the Freedom of Speech and see political correctness for the disease it is. So, one should probably not come to Hillsdale and expect to find a "safe zone."

If rugby was played with minimal clothing, in thick snow, and under sub-zero wind chills, Thatcherball would result. Thatcherball is a staple winter sport at Hillsdale College. Usually pitting the men of Galloway dorm against the men of Simpson dorm, Thatcherball forces players to work as a team in order to achieve the ultimate goal: hit Thatcher's statue with the rugby ball (if on offense) or defend Thatcher from getting hit by the ball (if on defense). Each team is awarded eight points minus the articles of clothing worn by the person who scored. Since there are practically no rules and the game is played under such harsh conditions, only the most hardened men of Hillsdale (like Leonardo DiCaprio in "The Revenant") compete in Thatcherball. Those who do compete, though, always take great pride in doing so.

Hillsdale is a truly unique place. Students not only graduate from Hillsdale with a great education, but they leave with stronger character. Everyone from the students to the professors hold responsibility for this change,

Hillsdale is a truly unique place. Students not only graduate from Hillsdale with a great education, but they leave with stronger character. Everyone from the students to the professors holds responsibility for this change, and I feel very blessed to learn and grow at this amazing school.