8 Reasons To Listen To 'Hamilton' 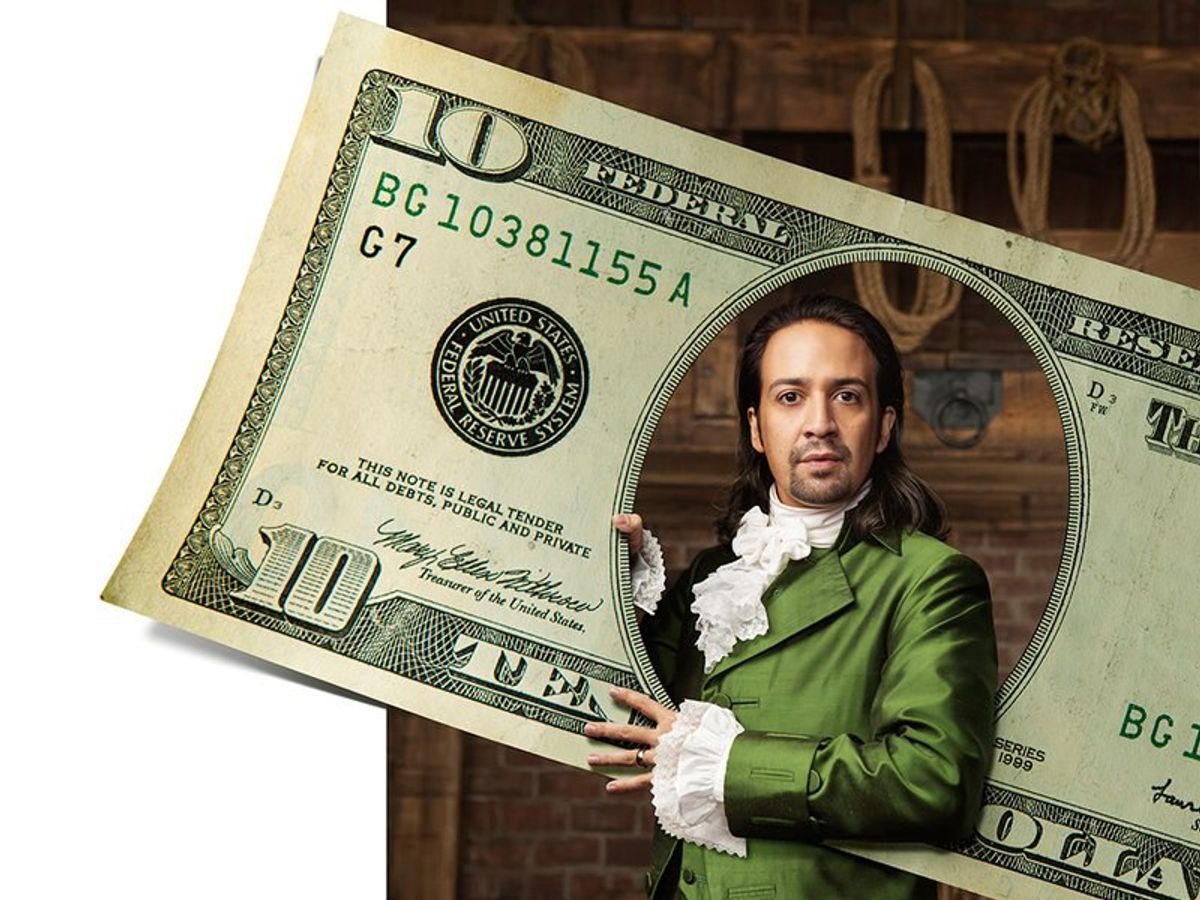 This past week has been crazy. My sister and I went on a once-in-a-lifetime spring break trip to NYC. The whole thing was surreal and awesome and I can’t wait to go back. My favorite part was being lucky enough to see two musicals: "Les Miserables" and "Matilda." If I could have added one more show, I would’ve definitely gone and seen "Hamilton." (assuming the million dollar price was waived) and here are eight reasons why.

Phillipa Soo is my favorite (aka Eliza, on the right)

If you’re not that person, you probably have a friend or if you’re lucky, an acquaintance, who is always singing musicals, and always quoting musicals, and you’re lucky if they’re not blasting out your eardrums with a stirring number about destitute French people or ogres and their best friends. All of this constant singing wears people down and makes them take a blood oath that never ever ever will they be obsessed with musicals. "Hamilton" is changing that. My sister discovered it was becoming mainstream when she heard that the majority of the student population at her old high school was listening to this music nonstop, regardless of what clique they happened to be in. "Hamilton" also took the Tumblr world by storm back in August with behind the scenes pictures of the cast of Hamilton coloring back stage and “Tumblrites” (I made that up) geeking out about "Hamilton" in general.

2. A new genre of musical

I remember when I first listened to Hamilton back in November…all I can say is my first impression was one of bewilderment. I had the album on shuffle, so of course the naughtiest song pops up, “Say No to This."

Though the subject matter of the song focuses on Hamilton disappointingly cheating on his wife, Eliza, this song still exemplifies the new genre that is "Hamilton." A stereotype for a Broadway musical would include lots of vibrato and slow dramatic music-- not so with "Hamilton." "Hamilton" is essentially a hip hop musical, where at least half if not more of the songs are full on rapped. And another wonderful part of Hamilton is...

3. Its appeal to all age ranges

We watched a small line of people waiting to receive their own private backstage tour. Now of course we saw the expected age range of teens through thirties, but it was refreshing to see two sisters, probably 12 and 5 years old, waiting for their turn with the tour as well. The 5 year old had made an adorable construction paper sign covered in her own scribbled handwriting and was holding up by way of two Popsicle sticks. She looked thrilled and showed off her little sign to all watching on the other side of the metal barricade, where she received shouted encouragements from the envious teenagers watching.

I live under a rock. This is not a surprising statement to those who know me. When my friend asked me how many continents there are and I said seven, I happily surprised both of us. "Hamilton" is obviously about history, and you can’t help but learn things about the time period. And what’s more, learning about it becomes enjoyable. "Hamilton" brings life and personality to American history-- it turns out it isn’t just a bunch of stuffy man in powdered wigs writing with quills in dusty old tomes.

Now of course there is the good kind of catchy and the bad kind of catchy. Bad catchy for example is Rebecca Black’s “Friday” (you’re welcome). "Hamilton" does not stop at good catchy, though; it’s the most excellent kind of catchy there is. Particularly the songs
"My Shot" and "Helpless." And once you get started singing, it’ll be pretty hard to stop.

I have never seen "Hamilton." Who knows when I will (I’m hoping next Christmas somehow)? But regardless of never seeing it, "Hamilton" is still crazy impressive. The music spans a wide range of emotions, from wild-fanatic-fast-paced-rapping, to slow, beautiful ballads. The actors double up their parts and play totally different characters within the span of one show

The costumes are detailed period pieces from the 1700s and 1800s. And the footage that I have seen on YouTube shows a dexterous set, technical choreography and powerful lighting. Its only shortcoming is the price of the tickets and the wait list--tickets are sold out through this coming October.

Alexander Hamilton is one impressive dude. The play traces his story from his start as an orphan in the Caribbean to his successes: ratifying the constitution, writing 51 of the 85 Federalist papers, and founding the United States' National Banks. Hamilton achieved his goals with a big heart and a heck of a lot of perseverance. His accomplishments are overwhelming but inspiring- after listening you can’t help but want to invent the cure for cancer and empower yourself and everyone else in the world.

And last but certainly not least…

Usually, those who write their own screenplays and then choose to star in them drive me insane.

But Lin Manuel Miranda (always gotta say the full name) is amazing. He wrote the entire play, which took him seven years, and now he stars as Alexander Hamilton, who says he’s “young scrappy and hungry and I’m not throwin’ away my shot." Lin Manuel Miranda deserves every shot he gets.

Nicole Marie Nigro
Individual Creator
8256
c1.staticflickr.com
Where to start...... Let me start with the cliche that life throws us curveballs and what we do with it is what counts.