8 Reasons Why I Don't Wear Makeup

Because as many of you who know me know, I don't wear makeup - ever 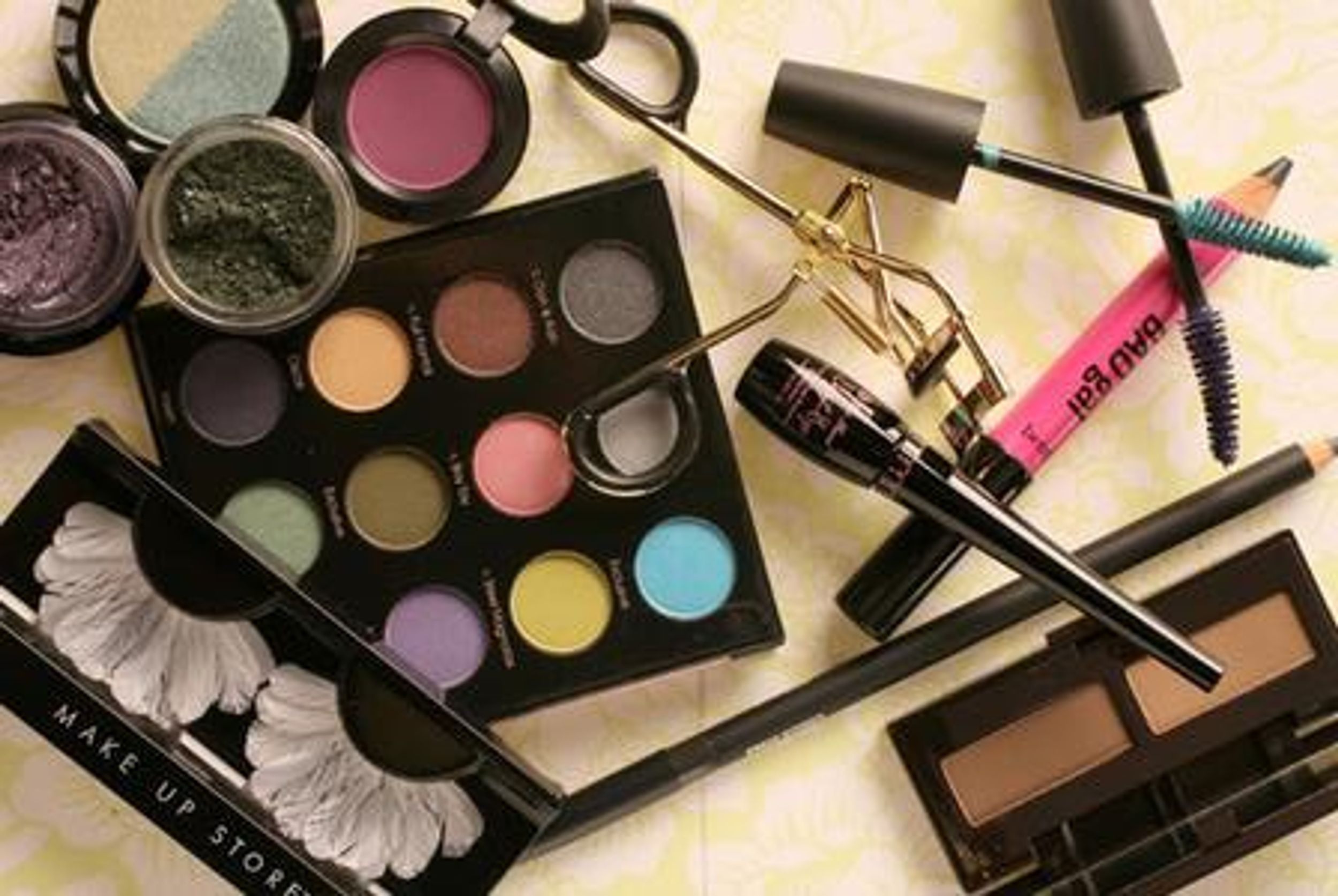 Many women in the United States wear makeup, whether it’s mothers, sisters, aunts, friends, classmates, teachers - maybe even you. According to surveys reported in both prnewswire.com and statisticbrain.com, 58 percent of girls ages eight to 18 wear makeup and 65 percent of them started when they were between eight and 13 years old. As said by prnewswire.com, 27% of girls who wear makeup rarely or never go outside without putting on at least some makeup.

As many of you who know me know, I don’t wear makeup - ever. I did play with makeup as a child, as many little girls do, messing around with kid’s blush, nail polish, and the like. I even enjoyed doing so as a child, which may surprise those of you who know of my aversion to makeup. However, I lost interest at around 10 years old and stopped, shoving my makeup bag into the back of my closet and forgetting about it.

When I became a teenager just a few years later, many of my fellow classmates began to wear makeup; however, I still decided not to wear it because I both didn’t realize that girls my age were wearing makeup and I just didn’t feel like doing so. A couple of grades later, when even more girls began to wear makeup, I took more of a misguided feminist approach, assuming that most, if not all, girls who wore makeup did so due to the patriarchal system. I learned later that that isn’t exactly true and that many, if not most, girls put on makeup for themselves. Yet, I still didn’t want to wear makeup and thus had to reevaluate why, realizing along the way that some of these current reasons probably existed in conjunction with my ill-informed feminist notion.

1. I’m stubborn and refuse to change

I don’t like changing my old ways, unless or until they prove unreasonable (and even then, sometimes I’m hard-pressed to change). Since not wearing makeup isn’t unreasonable, I haven’t added makeup to my daily routine. With that same reasoning, I still watch Disney movies – no shame!

2. I’m a night owl who loves her sleep

I love going to sleep late and waking up late, so I’d rather sleep in for the extra hour or half hour, than spend that time putting on makeup. I find it hard enough to wake up for the multiple 8 a.m. classes that I stupidly thought I could handle (as if I needed any more confirmation that I’m a night owl). At that time of day, all I want to do before class is brush my teeth, throw on clean clothes, and grab my packed-the-night-before backpack.

3. I have other ways that I’d prefer to spend my free time

I don’t want to take a lot of time to put on makeup and/or learn how to do so correctly. According to Bust.com, most women spend two weeks worth of time out of every year putting on makeup - that’s 336 hours! I’d prefer to spend that time (and the time that I’m not doing homework or in class) doing things like reading, writing, or hanging out with friends. Besides, if I’m going to be on YouTube, I’m not going to be watching YouTube makeup tutorials - I’ll be watching Buzzfeed videos or listening to Pentatonix!

4. I don’t want to have to worry about messing up my makeup during the day

5. I don’t want to have to remember to take off my makeup at the end of the day

I’ve heard that you’re supposed to remove your makeup before you go to sleep, and I know that a lot of people do. There have been many nights where I’m so tired that I’ve accidentally fallen asleep at home on the couch downstairs. As such, and as a tired college student who is also a night owl, I don’t want to have to increase the number of things to do before bed. I’d honestly most likely forget and wake up every morning with a pillowcase stained with yesterday’s makeup.

6. I have sensitive skin and don’t want to aggravate it

There are many makeup products which could react badly with my skin and I don’t want to risk it. My skin can be very sensitive and dries out quickly, especially in the winter, so I don’t want to add products to my routine that could worsen my skin and dry it out even quicker.

7. I don’t want to spend money on makeup

According to statista.com, the revenue of the cosmetic industry has risen from $47.84 billion in 2006 to $62.46 billion in 2016. This boils down to a lot of money spent on makeup per person; in fact, based on Bust.com, “the average woman will spend $15,000 in her lifetime on makeup.” As a college student, I need to save money for four years of tuition, way too many multiple-hundred dollar textbooks and lots of Starbucks coffees (when I start drinking coffee to stay up late writing papers).

8. I just don’t want to want to wear makeup

For me, the main reason that I don’t wear makeup is that I just don’t want to. If you wear makeup and like doing so, I’m not telling you to stop, but I’m saying that for me, I don’t personally like it. I guess many girls around age eight to eighteen decide that they want to start wearing makeup, but as for me, I’m fine with a little soap, water, moisturizer, and Chapstick.
Report this Content
This article has not been reviewed by Odyssey HQ and solely reflects the ideas and opinions of the creator.