By far, the most memorable contestants to date. 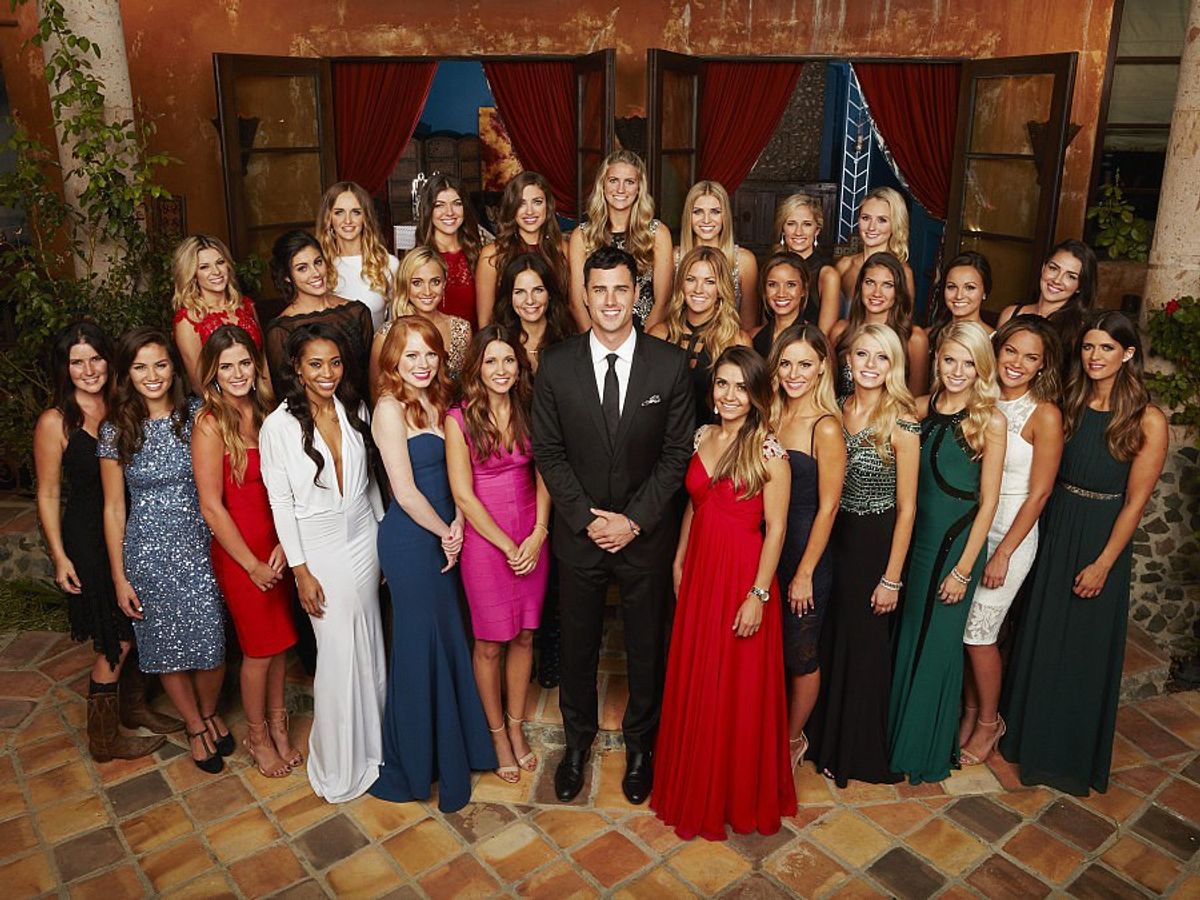 It's January, and you know what that means. Sweater weather, returning to school, the start of a new year, and most importantly, the beginning of a new season of the Bachelor. Last night we met this season's hunk, Ben Higgins, and the 28 girls competing for his heart. The two hour premiere was filled with romance, cattiness, and mostly, uniqueness. This season had one of the most interesting jump starts in Bachelor history in that there were more crazy first impressions than ever. A set of twins, a girl wearing a unicorn mask, and a cowgirl were just a few of the entertaining ladies we've been blessed with this season. With that, here are a few thoughts that ran through a lot of our heads last night.

1. Yes Chris Harrison, I'm sure this will be the "most dramatic season of the Bachelor yet," just like the last one, and one before that.

2. "I saw Ben on TV and then knew things weren't right with me and my boyfriend." Wait what?

3. Oooh snap, this Jubilee chick is a veteran and is B.A.

4. This girl Mandi is talking about checking his mouth to see if he flosses. That's an excellent point to bring up.

5. This one is a chicken enthusiast named Tara.

8. Props to her for being passionate.

9. Ah yes, the awkward limo arrivals. Time to bring out the popcorn.

10. Calia, AKA the girl who broke up with her boyfriend for a guy she saw on TV, jumped into his arms and earned a perfect score of adorable but annoying.

11. Samantha just passed the bar exam so I like her already.

13. And the first kiss of the season is randomly forced upon him by a girl named Lace.

14. I'd probably be a little crazy too if my parents named me after a fabric.

15. Lauren #2 of the night admits to stalking Ben on social media, and therefore becomes the most relatable contestant that we won't admit we relate too.

17. She's speaking Russian at first to make an impression. Saucy!

19. She didn't say anything in English.

20. Ben smiles through the confusion.

21. Leah AKA Sporty Spice just came out of the limo with a football.

22. Andddd then she hiked it between her legs.

24. Oh my god this girl is wearing a unicorn mask.

25. The mask is off and she looks normal underneath.

27. Lauren #3 the kindergarten teacher throws a dead bouquet at him that she caught at a wedding last week.

28. On other seasons, that would've been one of the weirder entrances, but NOT TODAY JUNIOR.

29. This next girl Laura tells him that her nickname is "Red Velvet" because she knows names are hard to remember. That was sweet.

30. Mandi the floss expert has arrived with a giant red rose on her head.

33. Our next contestant Maegan walks in with a pony. The pony is now in the front running for the final rose.

34. This one is holding a picnic basket.

35. She said gluten was the devil.

36. She is "breaking bread" literally by smashing baguettes into the ground. Points for being clever.

37. Izzy struts up in pajamas, making her the second most relatable character, behind social media stalker girl.

38. In the distance we see the next woman scaling in on the blue lights of a hoverboard. It would sure be a shame if it blew up on TV...or would it?

41. Just kidding she pulled out a save the date for hers and Ben's wedding.

42. Finally, we have Olivia, a news anchor. As a journalism major I now decide that she is my favorite.

43. My first impression attempt would definitely be baking him cookies.

44. Alright, now that we've all met our contestants, the first leg of the Hunger Games will begin.

45. The rose head dentists swoops in with the first grab.

46. She is actually giving him an oral exam, with dentist tools, like she said she would.

47. Ben has officially been deemed "kissable."

50. Now it's time for that part of the show where two randos from previous seasons show up.

51. Everyone briefly freaks out for five minutes then continues with their wine drinking.

53. She goes and creepily looks in the door while Ben speaks to another girl.

54. As soon as he's done with that girl she asks if she can kiss him again.

55. He laughs awkwardly and says no without actually saying no.

56. Ben grabs the first impression rose, and the winner is...

57. OLIVIA! Yes my first round pick with the W.

58. Lace is now complaining about Ben's lack of eye contact with her.

59. Not that there's 27 other girls he needs to talk to or anything.

61. Three of the four Laurens' got roses.

64. Unicorn head, rose head, and the twins all got roses.

70. Honorable mention goes to Red Velvet. Your memory will live on for seasons to come.

To say this season will be entertaining is an understatement. Can't wait to see the drama that unfolds over the next month with this fun group of girls! Tune in next Monday on ABC for the second episode of the Bachelor.