You won't believe you can make these things in a Crock Pot. 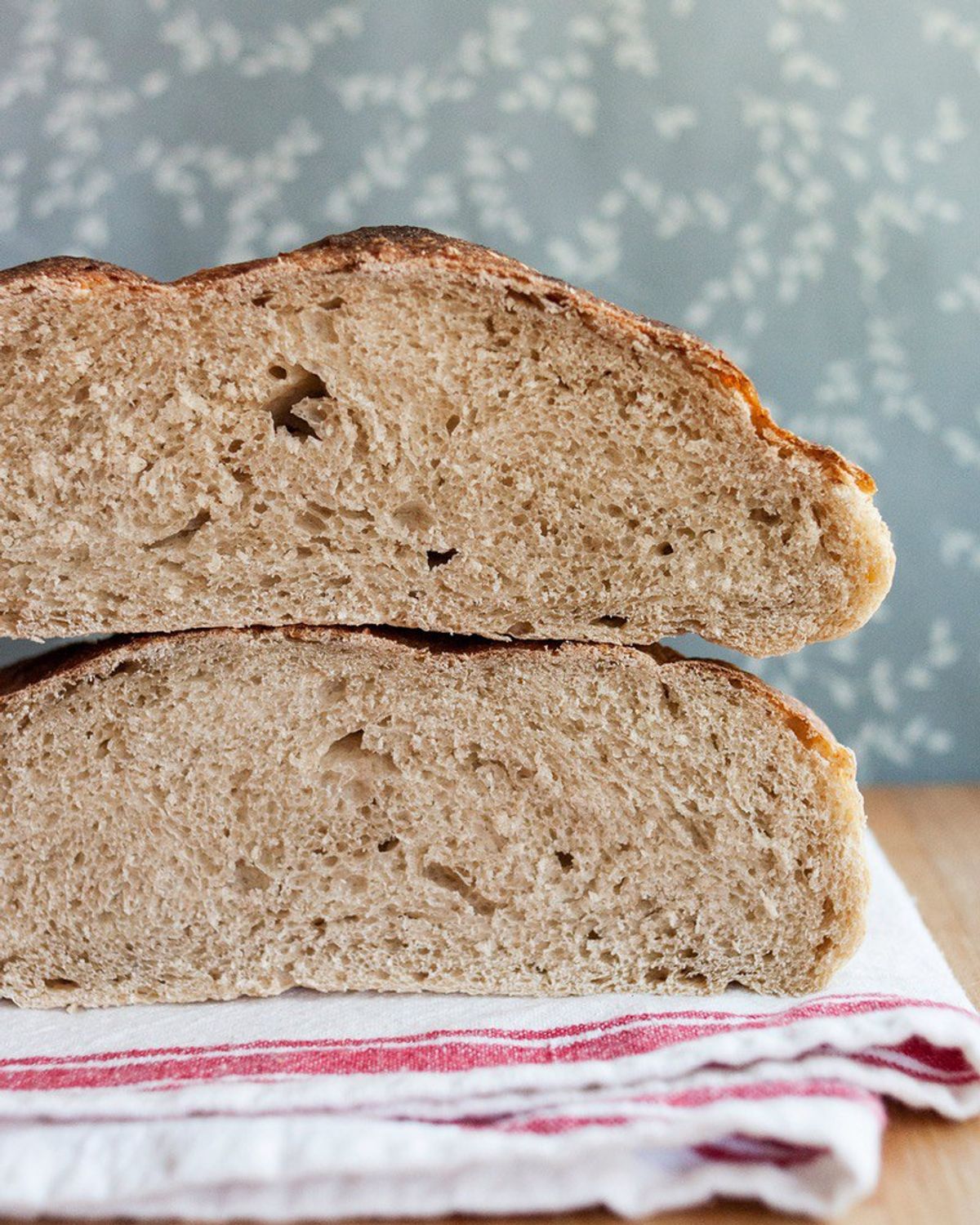 Have you been on the fence about getting a slow cooker? Slow cookers are quite possibly the easiest appliances to use on earth. Just throw in your ingredients, set to low or high, and walk away. They’re especially perfect for compact spaces like apartments or dorms (check the rulebook first!), but their real value shines in their versatility. No, slow cookers are not doomed to lives of cooking greasy casseroles and mediocre chili-in fact, they can be used to make some pretty surprising dishes. Don’t believe me? Just let these recipes do the talking.

1. Bread: Bread-making doesn’t need to be scary or intimidating. One of the best things about making bread your slow cooker is that the low heat allows the dough to rise and bake in one step--no fuss! Use a no-knead recipe for the easiest bread ever.

2. Pizza: Yes, pizza. Not a pizza casserole, but real, crisp-yet-chewy pizza. A parchment paper sling makes taking your perfected pie out of the slow cooker once it’s finished. In keeping with the true purpose of the slow cooker, the crust and toppings all cook at the same time with no extra work for you.

3. Yogurt: Making homemade yogurt isn't nearly as daunting as it may seem. All you need is your milk of choice, a small amount of yogurt with active cultures (plain yogurt from the store works just fine), and some steady heat. A slow cooker takes out the guesswork and turns yogurt-making into a fool-proof (and money-saving) task anyone can do.

4. Pull-Apart Bread: This stuff, also known as “Monkey Bread” is essentially the best part of a cinnamon roll: the doughy center. What could be better than that? Throwing the whole shebang in a slow cooker and forgetting about it for a few hours. Think it’ll feed a crowd and make your living space smell lovely? Right you are.

5. Bone Broth : Bone broth has all the magical nutritional bits and pieces often missing from the diets of most Americans. One of those is gelatin, which strengthens your bones, hair, nails, joints, and can boost collagen in your skin as well (bye-bye, wrinkles). It can be used as a rich soup stock or drunken hot in a mug, and what easier way to make this liquid gold than throwing a few things in the slow cooker for a couple of hours?

6. Roasted Red Peppers: This method is only about a million times easier than blistering red peppers over your stove, with almost none of the risk of burning yourself. The best part? Since effort does not have a flavor, the taste and texture are the same as the ones made traditionally.7. Chocolate Lava Cake : Craving dessert but don’t want to crank up the oven? This recipe just became your new best friend. Since your baking and serving dish are one at the same, and you can easily keep your dessert warm until it’s time to dig in.

Convinced yet? Let me know in the comments!