Which type are you? 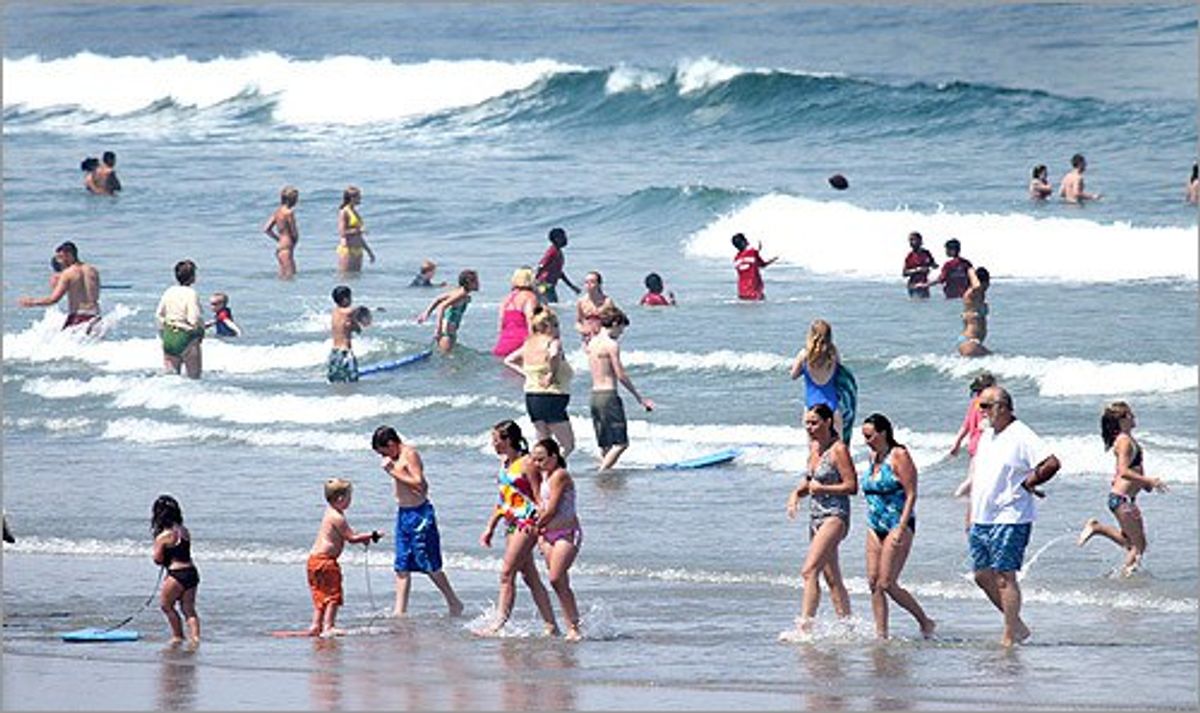 The beach is a place adored by many. 18-year-olds and 80-year olds alike enjoy the same things: the sound of the waves, the sand between their toes, and the beachy breeze that can only be found on the coast. If you've ever been to the beach in your lifetime, you know that there is a diverse plethora of people that roam our local beaches. Chances are, you fall into one of these categories.

These people just love to throw -- frisbees, footballs, bocce balls, and baseballs. But not just anywhere -- typically, they prefer to engage in this activity as close to innocent sunbathers as possible. Throwers consist of rambunctious college kids, the baseball dad and son, and the overzealous bocce ball bunch.

This kind of speaks for itself. The loud ones are loud, frankly. With country hits blaring through a stereo, excessive laughter, and obnoxious squealing, you'd think you're at a 13-year-old's first guy-girl birthday party.

Have you ever been to the beach and not seen a quiet shell collector on the prowl for sand dollars? These people keep to themselves and mind their own business as they scan the shore for shells. This group consists mainly of the retired population.

These are the kings and queens of the selfie stick, artsy photos, and sunset time lapses. They are sure to document their entire day by updating their Snapchat and posting photos to social media. This group is far too consumed with taking pictures to enjoy all that the beach has to offer.

If you've ever been hit with a gust of sand, you can probably thank the inconsiderate ones. These are the people who park their beach chair two inches from yours even though there are miles of open beach. These are the towel shakers, space invaders, and mood crashers.

6. The Family From Out of Town

This bunch doesn't come to the beach often, but when they do, they do it big. They hobble through the sand with boogie boards, shovels, and a giant cooler in hand. This group is stocked with sunscreen, sandwiches, and bottles of Gatorade.

This is a group of middle-aged moms who decided to embark on a weekend getaway to escape the pains of motherhood. Through walks on the beach, seafood dinners and Facebook photo shoots, it's evident that these moms are having the time of their lives.