7 Truths To Follow When Saying Goodbye To Toxic Friends
Odyssey

7 Truths To Follow When Saying Goodbye To Toxic Friends

Know when it's time to let go and move on for your own good. 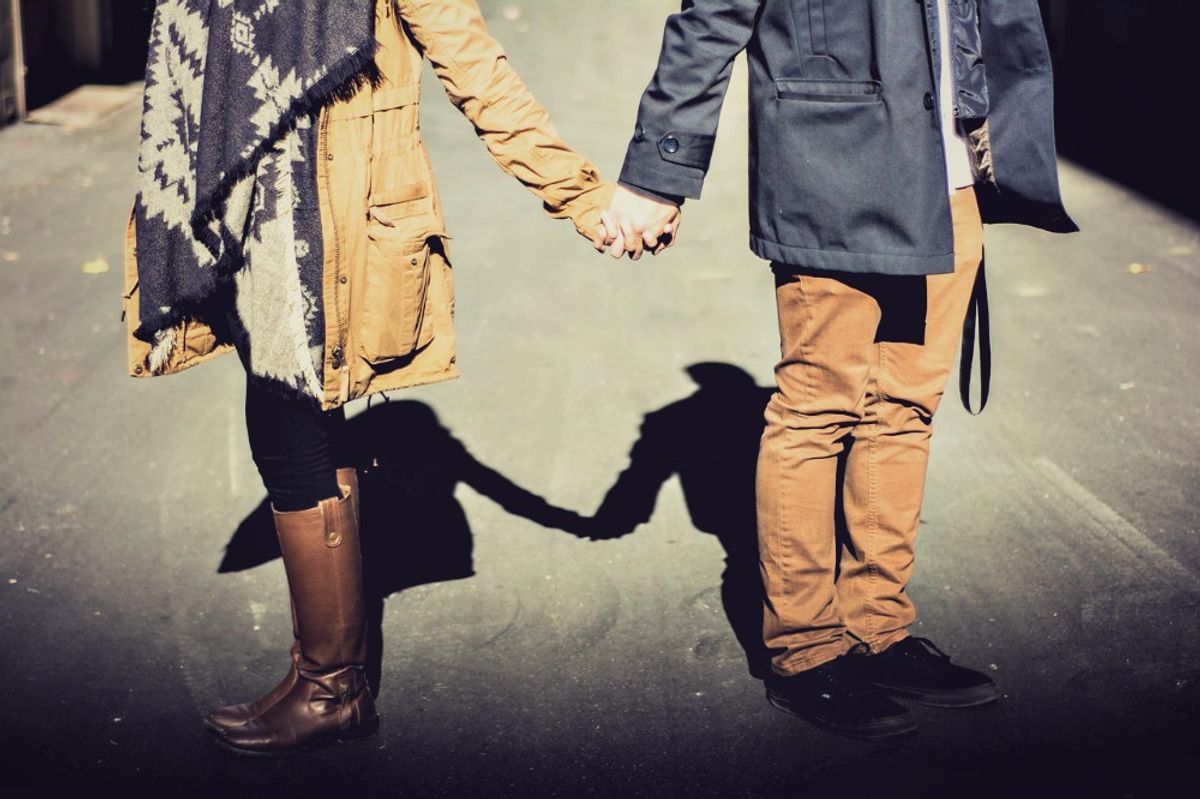 Sometimes certain friends turn out to be someone we don't recognize anymore or simply someone who isn't compatible with us any longer. Therefore, it's time to make a change. Often, we automatically believe the problem originates from within ourselves. And maybe that is true at times, and we must recognize that. However, when we did nothing wrong and there's clearly an issue, it must be addressed. There's no reason to force yourself into staying in a friendship out of obligation. No one has control over your own happiness besides you. Here are some important steps to take when letting go of the toxic people in your life:

1. Don't be fooled by their sly "attempts" at reconciliation.

In the same way good trumps evil in any situation, we have a tendency of overlooking an individual's shameful traits in order to appreciate their delightful ones. This is actually the right thing to do and how to be successful in any relationship. Harping on the negative isn't a healthy way of living in general. On the other hand, being naive isn't such a good look either, especially when trying to protect ourselves from people with ill intentions. Trust your gut when it comes to other people and how they make you feel. Kindness isn't an on-and-off switch; if someone isn't consistently kind to you, it may be time to let them off at the next bus stop.

2. When a person does you wrong, don't let outsiders downplay the situation.

So many of us fall victim to self-manipulation, saying to ourselves, "Is it me? Am I the root to this problem and not them?" Woah there, back it up. Admitting to mistakes is healthy but always thinking something is your fault is not. Also, when others try to tell you it's best to make it work when you know it's best to cut the cord instead, do what you feel is right. Were these people in the friendship? Did they know what caused the downfall in the first place? And most importantly, is it their business? The answer to all of these is no. Yes, of course we must forgive people. It's the noble thing to do. But it's up to us whether we want to continue on with the friendship afterward.

When a friend has said "I'm sorry" more times than you can count, yet never truly changes...it's definitely time to evaluate. Why sit there and take someone's constant abuse? No one deserves to be treated poorly. That defeats the whole concept of friendship. Treat friendship just as you would a romantic relationship. Is the person disregarding your feelings? When another human being threatens your values and morals, please know that he or she is no longer in your best interest. Your piece of mind shouldn't be rattled by a friend. You should feel at ease and comfortable to be yourself at all times.

Time is a valuable thing. When you're constantly the one who always has to call to see how they're doing and clearly pulling your weight, yet not receiving mutual decency, that's not fair to you at all. Call them out on it. Make them see they need to do better. Although, a friend shouldn't have to be told to dedicate themselves to the friendship in the first place.

5. It's okay to move on when you're growing and the other person isn't.

Stagnancy is a scary word and an even scarier attribute to one's repertoire. If the other person is constantly bringing you down with their negativity, complacency, content with settling or what have you, it isn't worth it to strap yourself to an elevator that only goes down. The whole point of becoming better human beings is to flourish and grow every chance we can get. Sooner or later they will catch up, but that doesn't mean you have to waste your time waiting until they get there.

6. If they are always trying to compete with you, something is wrong.

This is a sin against any relationship. First off, one should only be competing with oneself and no one else. Friends should be encouraging and proud when the other soars, not scheming to undermine your success. Love and support are the basis to any thriving friendship. But as the saying goes, misery likes company, and it's unfortunate when someone sees your success as a threat. Notice the signs when someone is jealous or envious of your happiness. It is therefore easily recognizable that they aren't being genuine and it's time for you to walk away.

Once they realize you've caught on to their wrong-doing and have broken off the friendship, they may spread libel and slander against you. Yes, this only applies to immature and insecure individuals. And usually any toxic person falls into this category anyway. The less you say, the better it is for you. In fact, don't feel the need to say anything at all. There's no need to justify your side of the argument because the only person that knows the full truth is you and the other person. You can tell someone until you are blue in the face about someone's character or of their actions in the past, but it is up to that person to experience it for themselves. They will eventually see the truth, just as you did.

The key to all of this is to know that you deserve to be treated with respect by anyone who crosses your path. If you aren't, you have full right to cut people out of your life who are causing damage to your self-worth and piece of mind. Yes, it hurts us to end a friendship with someone who we have shared dear memories with. However, we have the freedom of choice in who we want in our lives and who we want to stay. You are never selfish or cruel or any other negative connotation whatsoever when looking out for your own well-being. Because let's face it, if you aren't, then who is?

Glorie Martinez
291
Why I Write On Odyssey