7 Songs That Will Give You Hope For The Future
Odyssey

7 Songs That Will Give You Hope For The Future

It's painful to see so many tragedies, shootings, and attacks in current events; hopefully these songs can offer some reassurance and comfort. 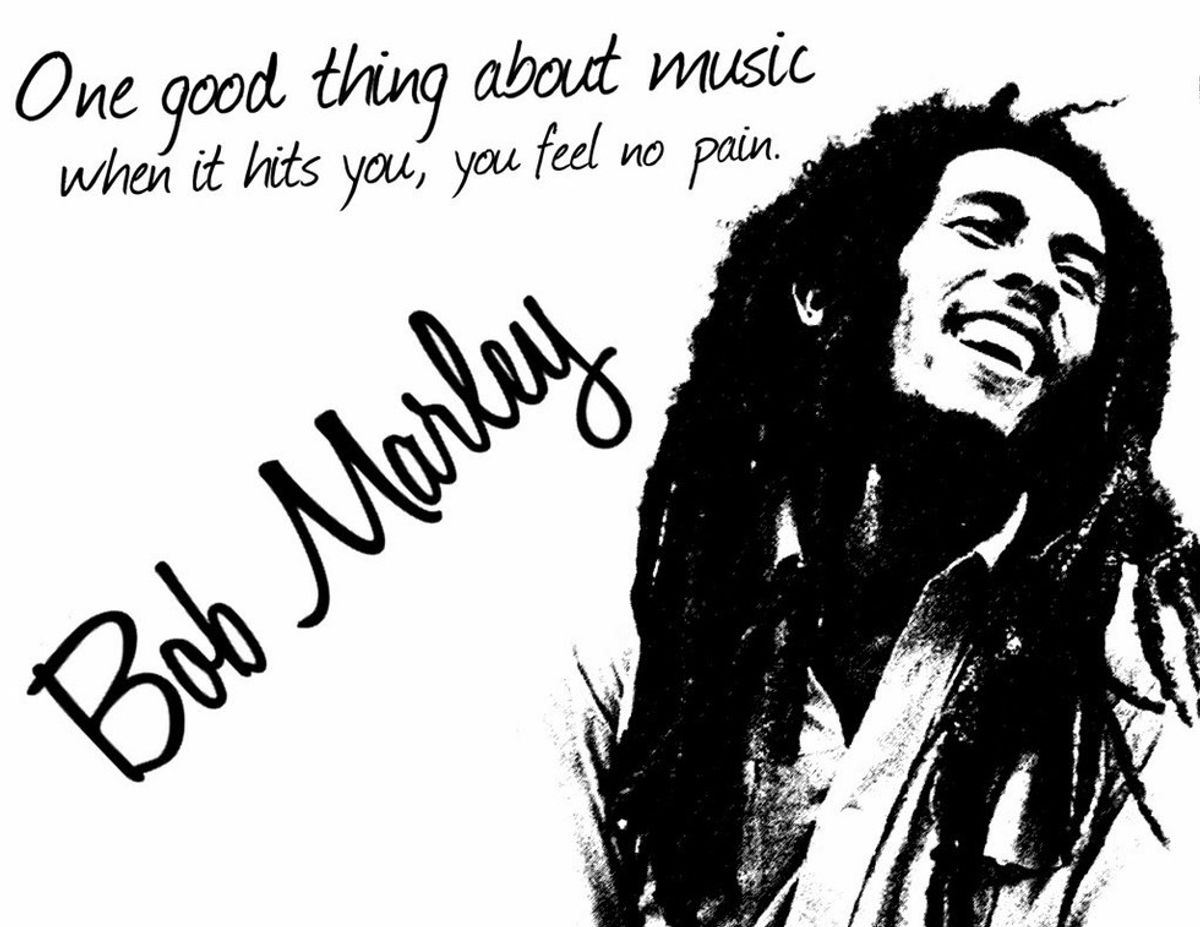 We've all been witnessing too many tragedies lately. Public shootings, innocent deaths, terror attacks, etc. Each time an attack hits, the 21st century increasingly feels like a century of societal regression than progression. I haven't been able to gather my thoughts about recent happenings to write a coherent statement, so I decided to go in a difference direction until I can. When words fail me, I turn to music to be my healing power. The following are several songs that have been helping me get through these tough times; I hope they can be of help to you, too.

First comes the acknowledgement that things are f*cked up right now. It's amazing (or terrifying) that this song written nearly two decades ago is still telling stories of the news today.

"Cops give a damn about a negro. Pull the trigger kill a nigga he's a hero."

I won't pretend like I know and feel all of the struggles and oppression that exists in the US today when it comes to race, because I don't. But what I can definitely feel is the pain of our shared humanity, being damaged at each act of oppression and violence.

"I see no changes all I see is racist faces. Misplaced hate makes disgrace to races... And still I see no changes can't a brother get a little peace? It's war on the streets and the war in the Middle East. Instead of war on poverty they got a war on drugs."

BUT -- there has been one change 2pac didn't see coming, and that's Barack Obama's presidency.

"We ain't ready, to see a black President."

2pac's cry for change yet realizing a certain futility of change is just too relatable, even in the year 2016.

2. One Day by Matisyahu

"Sometimes in my tears I drown, but I never let it get me down. So when negativity surrounds, I know some day it'll all turn around."

There are songs that empathize and relate to pain you may be feeling, then there are songs that give you the hope that everything might be alright. This song is of the latter, just a beautiful song about humanity coming together for peace and equality. The lyrics are hopeful and innocent and make for a generally feel-good song. The music video is also ridiculously cute and tugs at your heartstrings.

" 'Is this awkward? Should I even be here marching?' Thinking if they can't, how can I breathe? Thinking that they chant, what do I sing? I want to take a stance cause we are not free And then I thought about it, we are not 'we'."

This song goes out to the non-black people of color, the semi people of color, and the white people who want to be an ally, a comrade, to those experiencing oppression by white supremacy. Think what you will about Macklemore, but the lyrics in this song give so much honesty about a white man grappling with how to extend his support and empathy toward the black community. Being an active ally, or a comrade, can be tricky, but that doesn't mean that support cannot be extended.

"You said publicly, "Rest in peace, Mike Brown" You speak about equality, but do you really mean it? Are you marching for freedom, or when it's convenient?"

One thing that you've gotta acknowledge while listening to this song is that Macklemore is trying. As a white man, he tries to understand racism as an institution and to unpack what it means for him to have white privilege. It's true that there can be confusion and tension around addressing issues of race and privilege, but confronting it is the best way to learn more about the situation.

"Imagine there's no countries. It isn't hard to do. Nothing to kill or die for and no religion, too. Imagine all the people living life in peace."

If you are feeling bittersweet about the world and its status, John Lennon's poetry might be of help. It's a song about imagining a certain utopia, where no religion, heaven, hell, hunger, and greed don't exist. At the same time, its tone isn't completely positive; that we might only be able to imagine a peaceful world by removing all of these very human qualities is depressing and sad to think of. Somehow though, it calms the heart and is comforting to listen to.

This song is a submission by a friend who commented that the lyrics seem positive and beats and rhythms are reassuring. Overall, it's a song that helps her get through difficult times and gives her an almost carefree, "f*ck it," type of mentality. And sometimes, it's more helpful to let go rather than to dwell on the pain at hand.

6. Three Little Birds by Bob Marley and the Wailers

A classic song by the reggae legend himself, Bob Marley retells a message that three little birds sing to him. When I was hurting a lot recently, a friend of mine suggested this song to me. The lyrics aren't meant to detract from the severity recent violence, but to hopefully spark a light in the deep, black darkness that I feel overshadows our society. It's easy to get stuck in hopelessness, but it's important to step out of it eventually, whether it's through confrontation or blind optimism.

"I say hey, I'll be gone today, but I'll be back all around the way. It seems like everywhere I go, the more I see, the less I know. But I know one thing, that I love you."

The last song I'll end this list with is "Say Hey," which is, by verbatim, a song about the love between a boy and a girl, but its upbeat rhythm tells more of a story than that. These lyrics may not be directly related to specific sociopolitical issues, but they're reassuring, nonetheless. This song can get me out of feeling in a rut and lift my spirits. Though the previous songs were listed in no particular order, this song I purposely saved until the end because it's more of a song that can give you energy only when you're ready for it.

All in all, I hope these songs find you some comfort or reassurance during these hard times. We've witnessed so many back to back tragedies, but I hope this setlist can help in looking forward to future times with significant social progress and development.