7 Reasons Why Lizards Are Better Than People
Odyssey

7 Reasons Why Lizards Are Better Than People

The simple truth we have to accept someday 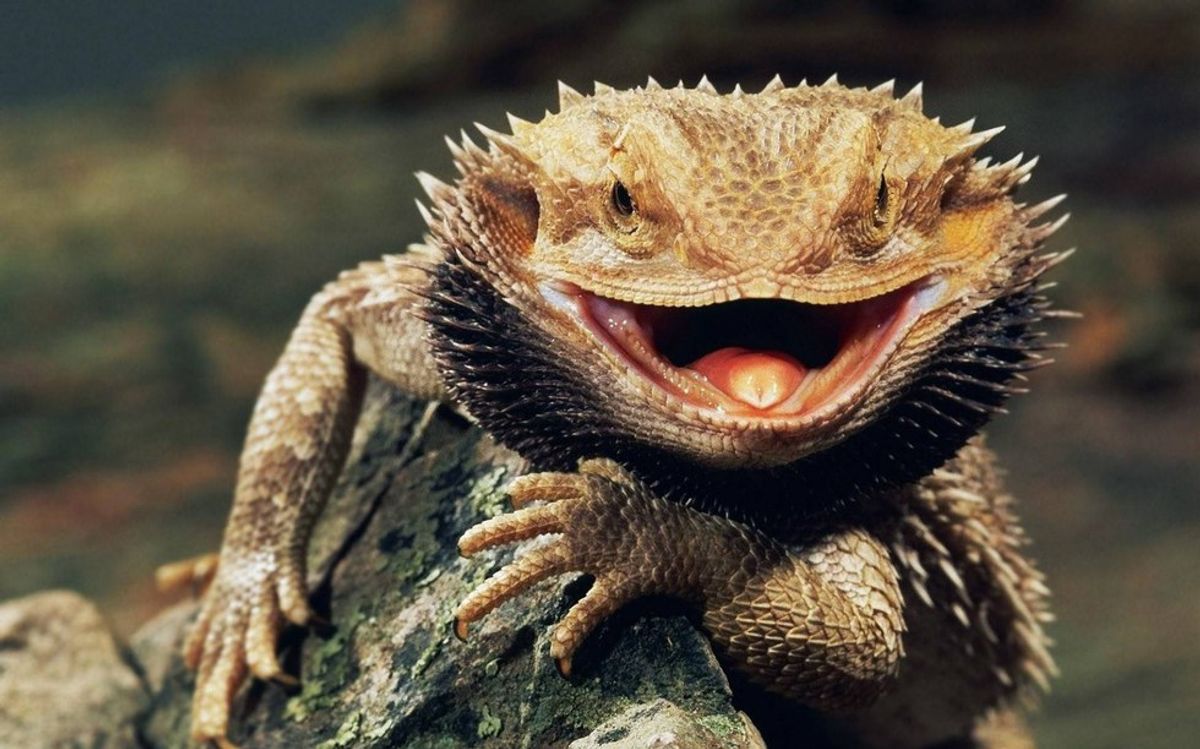 Most people in the United States can stake a claim that they are at least vaguely aware of lizards. Those scaly devils skitter all over our porches, leave tiny footprints on our windows, and carve a hole in our collective hearts with their cute eyes and playful demeanor. What most people in our nation do not realize, however, is that lizards are actually better people than most people are. Don't blame yourself. You probably can't change drastically enough to make a difference or change the dynamic of lizard supremacy, but you can absolutely read this list and weep over the shortcomings of our species.

1. No lizard on record has ever started a war.

As much as I'm sure lizard enthusiasts would love for the great lizard war of '98 to be a thing, there is just no evidence that points to lizards as being a warlike group of reptiles. Humans, on the other hand, have had such a heavy hand in destruction and the atrocities of war that we have to have things like the Geneva Conventions. It's pretty sad in actuality.

2. No lizard has ever dissolved a marriage or acted as a homewrecker.

Lizards do not even have a grasp on what marriage is, but that doesn't mean they're lady-stealers. Have you ever heard of the root of relationship difficulties being lizards? I haven't either. Lizards tend to be conscientious individuals who just want to sun themselves on a rock in peace. They do not have time for the petty squabbles of man over who said what to whom or what hands went where. Frankly, they probably think we're ridiculous.

3. No lizard has ever been officially charged with a crime.

Reptile-on-reptile violence aside, you won't ever catch a lizard in a lineup. Even counting the lizards taken before their time, there is no lizard criminal justice system because this is a class of animal that falls solidly within the parameters of anarchy. Lizards tend to not kill humans or smoke weed either so they seem to be safe on that front as well. The police believe that lizards are model citizens overall.

4. Some lizards are dragons.

No humans are dragons. That's kind of lame on our part. Scientists should definitely try to bridge the gap there. Why be an accountant whenever you could be the scourge of the west? The largest monitor lizard on the planet, the noble komodo dragon, is bringing the thunder in the land down under and humanity cannot even compete.

Lizards never enslaved anyone or put economic, political, and social measures in place to beat down the spirits of those with different scale patterns. Lizards discriminate equally. Two legs, four legs, or no legs are all the same to a lizard. Don't trespass on their turf and you should be fine. No oppression here in Lizard Land!

6. Lizards did not establish a two party political system that could only give us Trump or Hillary as the major candidates for the upcoming election.

This is honestly self explanatory. Thanks, humans. Lizards never would have done this.

Humans can do some cool party tricks, sure. That doesn't make the whole species rad per say. I think I'm a decent person, but history has set that bar pretty low considering how all that requires is not killing or discriminating against anyone with great prejudice. Lizards have the whole rad thing down pat though. It's really no wonder why they haven't integrated into human society. They're just waiting on us to make our move to join them and learn their ways.