It sucks not having them around, but I prefer to focus on the positive. 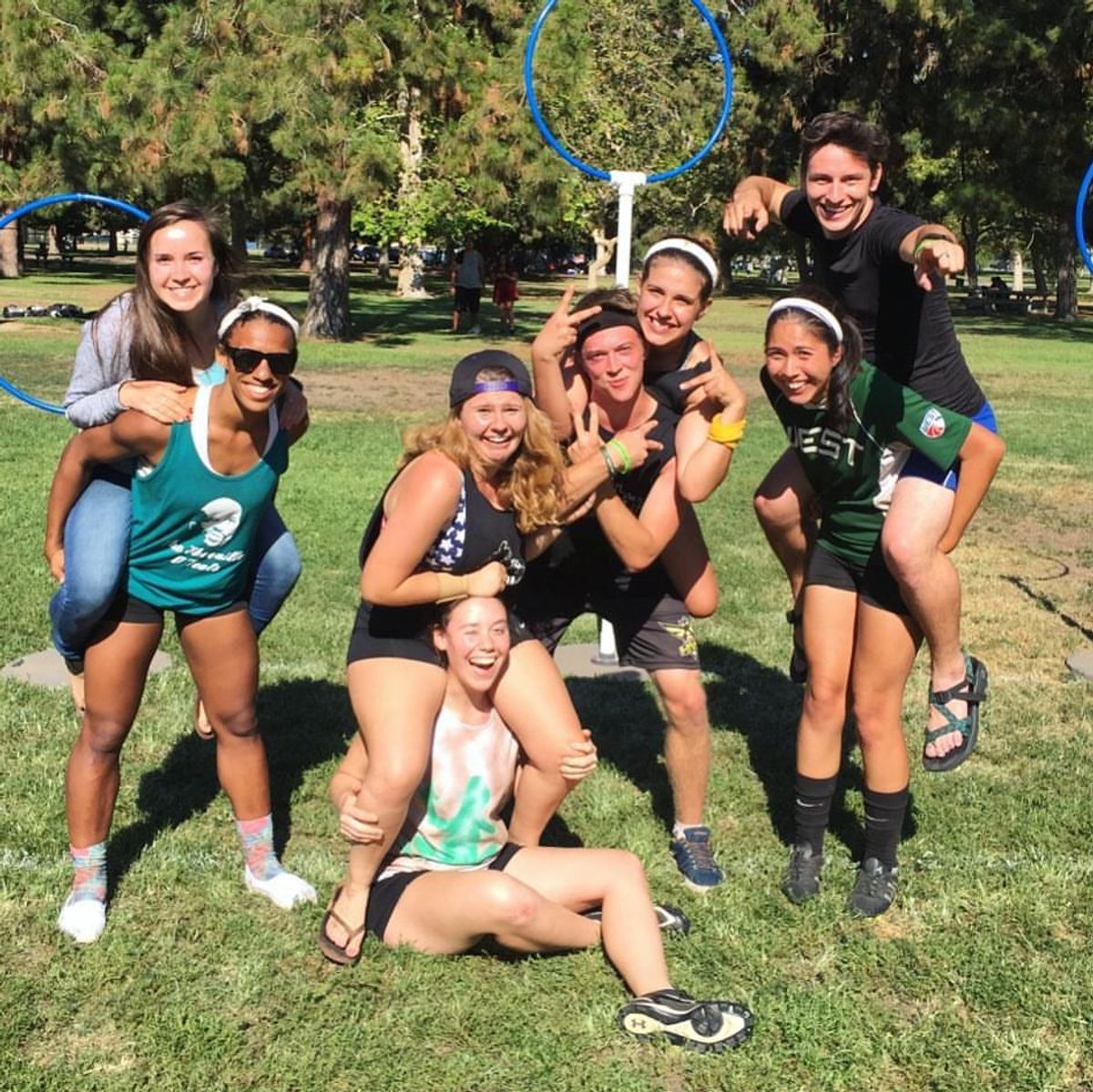 Modern technology is a pretty cool thing we have. Thanks to the internet and cell phones, I get to stay in touch with people I would otherwise never be as close with. There are downsides to having friends that live hours far away, but I prefer to focus on the positive. These are the seven greatest perks that I think come from having a long distance best friend.

Only seeing each other a couple times every few months or even once or twice in entire year means that you’re probably going to end up being friends for longer. As long as you keep up communication and don’t get in any long-distance fights then there’s no reason to end the friendship prematurely. My best friend of ten years and I don’t see each other very often and there was a bit where I saw her maybe once a year for almost all of high school but whenever we did get together, we were able to pick up right where we left off.

When you have friends out of state or even out of the country, it’s really hard to not have them around to hang out with like you would with your local friends. On the bright side, going to visit them, having them come visit you, or meeting in between makes for a great vacation and offers opportunities to travel. I’m super excited for winter break this year since I’ll be spending a week and a half in Minnesota with a friend who lives there. Yes, maybe Minnesota in the winter isn’t an ideal vacation but it’s worth it to see a person I’ve been planning on meeting up with for the past couple of summers. And I have friends in Arizona and California that I’m sure wouldn’t mind some company if I wanted to run away for a weekend in warmth.

There are a lot of things I won’t be able to do in my life. Luckily, I have friends already doing some of those things. I have a friend doing ski jumping competitions in Europe. More friends are serving missions in Chile, Ukraine, and Denmark. Still another friend I’ve known since junior high is stepping down from his position as president of our fraternity and going to Germany for an internship. All of these amazingly cool people in my life are dedicating months and years that I would never be able to. I’m lucky enough to be along for the ride through email updates, Facebook messages, and Snapchats.

As hard as saying goodbye is, the moments of “OH MY GOSH, I HAVE MISSED YOU SO MUCH! HUG ME, YOU NERD!” always outweigh the “see you later”-s. That exhilaration of seeing your bestie for the first time in forever could only be rivaled by a tidal wave of puppies. This doesn’t make seeing local friends any less awesome, there’s just a special feeling in reconnecting person-to-person after so long.

Although I’m not playing this season, the quidditch girl gang I became a part of last year has lasted beyond the pitch and is one of the many great takeaways from my time with the team. We don’t always get along and there have been disputes but, for the most part, we have each other’s best interest in mind. It may not always seem like it, but there is a lot of care involved. Besides that, our puns are on point and there’s always someone to talk to when we need it. I would say more but anyone who has been in a group chat knows that what goes in the chat, stays in the chat.

When you have friends from different areas, you would expect things to at least be a little noticeably different. Indeed, sometimes it is. Other times, the similarities are almost more shocking than the differences. I reached out to two friends in other states who had never met each other and asked them what perks they could think of and to my surprise, they both talked about widening their world view and learning about what goes on in other places. One of my quidditch ladies, Belmina from Arizona said, “We get more knowledge of what is occurring in those cities/towns that we wouldn’t have known about before.” Likewise, Matt in Minnesota shared that “You get [to hear] different regional and state reactions to things, [learn] how people live all over the country & not just your area, [and] see the things we all have in common - it can ground you.” Based on these two, we can see how true it is that the miles between us may have a lesser impact than we presume.

I would say unbiased, but if they’re a friend, they’re probably going to be on your side for most things. However, when it comes to arguments with local friends or problems in areas that you talk to them about regularly, then they can often provide outside insight and give guidance as an impartial third party. It really helps to speak candidly with someone who isn’t involved in the situation directly or even by association. It’s the next best thing to having a therapist. Except they’re not trained. And they’re hours away. But at least their services only cost the price of friendship!

Obviously, this is just one person’s short list and there are many more than seven reasons to love your long-distance friends. Nevertheless, one thing remains true: we may be apart in distance, but never in heart.