7 Facts You NEED To Know About Human Trafficking In The U.S.
Odyssey
CurrentlySwoonLifestyleHealth & WellnessStudent LifeContent InspirationEntertainmentPolitics and ActivismSportsAdulting
About usAdvertiseTermsPrivacyDMCAContact us
® 2023 ODYSSEY
Welcome back
Sign in to comment to your favorite stories, participate in your community and interact with your friends
or
LOG IN WITH FACEBOOK
No account? Create one
Start writing a post
Politics

7 Facts You NEED To Know About Human Trafficking In The U.S.

Nobody should be enslaved in the Land of the Free. 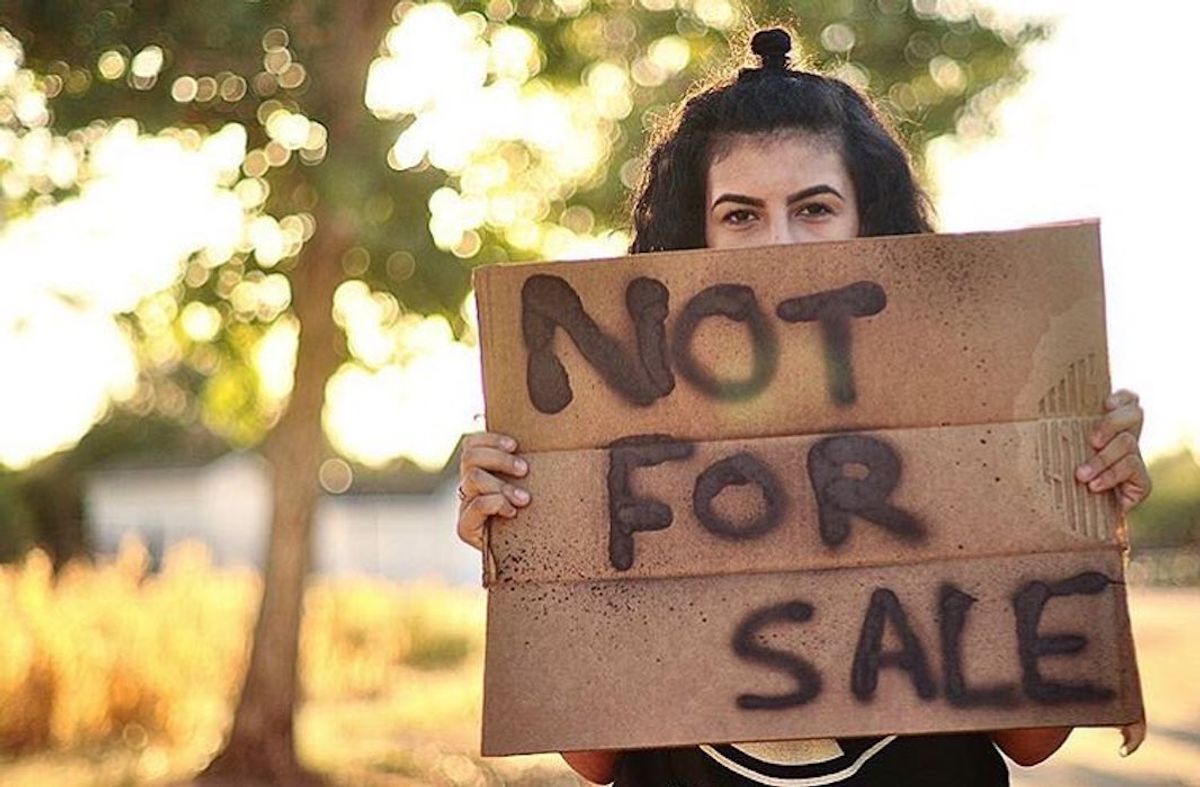 "Human trafficking" is something that many people associate solely with exotic places, where girls are forcefully kidnapped and forced into prostitution. And while this is the case occasionally, it is actually the minority.

In the United States every day, thousands of individuals are trafficked, and the rings that facilitate this transportation of human slaves make millions from within U.S. borders. Where can you see human trafficking within the good ole U.S. of A? Here are 7 facts about domestic trafficking, for both labor and for sexual exploitation.

Primarily, these individuals are women and children, though there are a high number of workers in all genders and ages who are forced into situations in which they are unable to escape from. This includes but isn't limited to agricultural work, "massage parlors," prostitution, janitorial services, construction, and the restaurant business.

2. Most labor trafficking in the USA occurs due to lack of regulation on foreign labor recruitment.

Because there is a lack of regulation and transparency about foreign workers to American markets and vice versa, it is very easy for foreign nationals on work visas to be exploited by labor trafficking within supply chains. There was an attempt to rectify this in the Fraudulent Overseas Recruitment and Trafficking Elimination Act, which addressed a policy gap that allowed such oversight to occur, however, it did not pass.

3. The United States of America is a "Tier 1" rated country in regards to human trafficking.

Good job, Uncle Sam! Tier one is the highest level of approval a country can receive for efforts against human trafficking, meaning that laws not only are written with anti-human trafficking measures in mind, but they are regularly enforced with consistency and purpose. There is also a continuous forward motion to facilitate assimilation for individuals of trafficking back into society.

While victims in the United States are assisted in leaving their crisis situations, unless they receive more than just removal, they are still at risk to be re-introduced into trafficking. Some of the short and long-term services that are suggested for trafficking victims to readapt to society include shelter, medical care, counseling, language skills, education, job training, and career coaching. Providing these services drastically reduces the risk of re-trafficking, though it does come at a larger price tag. The average price of rehabilitating an American trafficking victim is approximately $30,000, compared to the world average of $400 per individual.

5. Some of the most vulnerable individuals for sex trafficking in the United States are runaways, especially LGBTQIA+ youth.

1 in 6 runaways will be involved in sex trafficking in the United States, a figure projected by the Polaris Project.

6. There's a lot of money in sex trafficking.

When Atlanta, Dallas, Denver, Kansas City, Miami, Seattle, San Diego and Washington D.C. were studied to determine the microeconomies of sex trafficking locally, the results for the monetary gathering was shocking. There is approximately 39.9 million to 270 million per city garnered from sex trafficking alone.

7. You can fight human trafficking in the United States.

You can fight this! Below is a link to the State Department page with 20 suggestions for how you can fight modern-day slavery in the United States.

Below is the National Human Trafficking Resource Center Hotline provided by the Polaris Project. If you or anyone you know is a victim of trafficking, this toll-free, 24-hour line is available to provide assistance.