60 Facts I Learned While Watching Shark Week
Odyssey
CurrentlySwoonLifestyleHealth & WellnessStudent LifeContent InspirationEntertainmentPolitics and ActivismSportsAdulting
About usAdvertiseTermsPrivacyDMCAContact us
® 2023 ODYSSEY
Welcome back
Sign in to comment to your favorite stories, participate in your community and interact with your friends
or
LOG IN WITH FACEBOOK
No account? Create one
Start writing a post
Lifestyle

The "shark and awe" this past week was real, my friends! 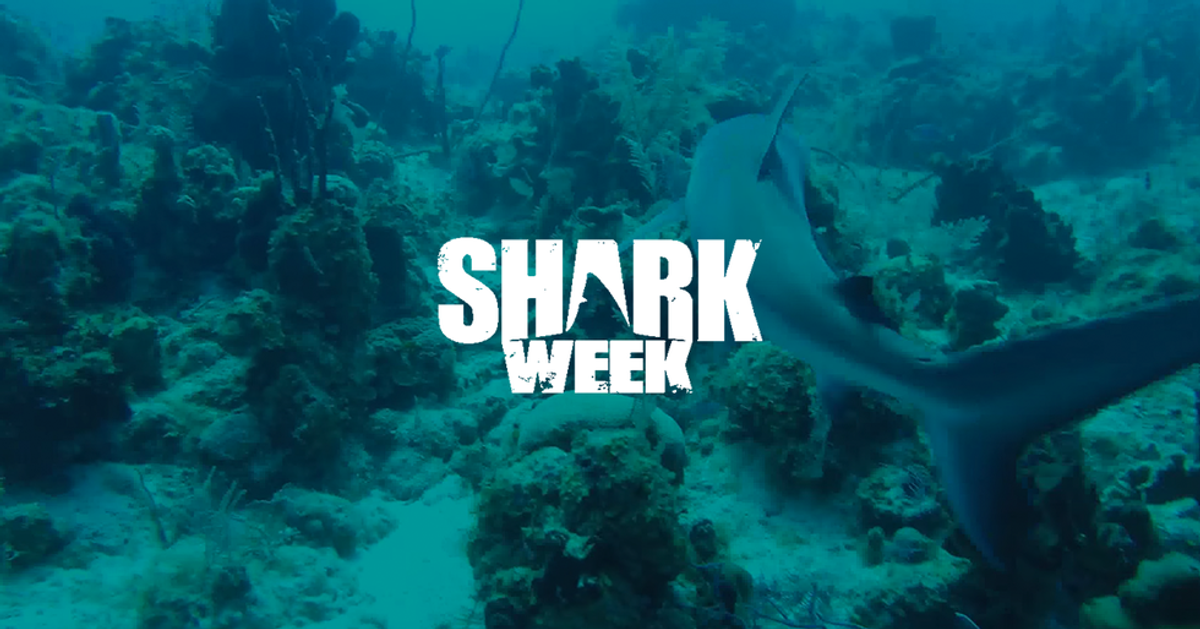 If you missed Shark Week, don't worry! Being the nerd that I am, I took some jawsome notes while watching the shark shows last week to share with you guys. I also included the name of the show in parentheses in case you wanted to actually watch them. Enjoy!

1. Blue Sharks eat until they throw up. (Top Ten Sharkdown)

2. On the black market, Great White Shark body parts are worth around 70 thousand dollars. (Spawn of Jaws: The Birth)

4. Epaulette Sharks can walk on land for a short amount of time. (Shark Planet)

5. If you turn a shark upside down or rub the bottom of its nose, it will go into Tonic Immobility. It doesn’t hurt the sharks. It only puts them in a trance. (Zombie Sharks)

9. The Great Hammerhead is the largest species of Hammerhead.

10. All sharks and wildlife in Bikini Atoll were wiped out because of nuclear tests that occurred there in the 1940s.

11. Only 5 percent of the oceans are explored.

12. The Tasseled Wobbegong Shark uses camouflage to ambush its prey.

13. All sharks have a Lateral Line Canal which senses vibrations in the water.

14. Sharks are thought to become bolder and more violent at night. (Return of the Monster Mako)

16. Port Jackson Sharks lay screw-shaped eggs and hide them in rocks and coral.

17. Sharks have a sense called electro-reception, which helps them sense the electrical fields all living things emit.

19. Orcas have found a way to turn sharks upside down and induce Tonic Immobility so they can kill and eat them.

20. The stripes on a Tiger Shark are used as camouflage (Top Ten Sharkdown)

21. Hammerhead Sharks can see all 360 degrees around them. (Shallow Water Invasion)

22. Whale Sharks are the biggest of all sharks at 40 feet long. Thankfully, their diet only includes plankton.

26. Bikini Atoll is located in the Marshall Islands, and Reef Sharks navigate throughout the 29 islands. (Nuclear Sharks)

27. The Great White Shark population off of Cape Cod has been increasing for the past five years. (Shark Bait)

28. The Mega Mouth Shark stays in deep water during the day, however, it comes to the surface at night to eat krill.

29. Sharks are drawn to commercial fishing boats because of all the dead fish. (Blue Serengeti)

31. Swell Sharks can glow in the dark. (Shark Planet)

32. Almost one quarter of shark species are close to becoming extinct. (Shark Planet)

34. A suit of armor, a chicken coop, and a fur coat have all been found in the belly of a Tiger Shark. (Shark After Dark, Sunday)

35. Seven-Gilled sharks hunt in packs. (Sharks of the Shadowlands)

36. Pregnant Great Whites have to consume more than 20 pounds of food per day. (Spawn of Jaws: The Birth)

39. Dolphins have been known to protect swimmers and divers from sharks.

40. Deep sea exploration gained traction when the Deep Water Horizon oil spill occurred because scientists didn’t know what animals were being impacted by the oil.

41. Sharks have Ampullae of Lorenzini, which is the body part that senses electro-reception.

43. The Mako is the fastest shark in the ocean. (Shark Planet)

44. Recreational shark fishing on the East Coast started mostly because of the movie "Jaws." (How Jaws Changed the World)

45. Thresher Sharks use their tails as whips to heard and stun fish. (Ninja Sharks)

46. The Oceanic White Tip’s large fins are sought out in Asian countries for Shark Fin Soup.

47. 23 nuclear bombs were detonated in Bikini Atoll. The soil and sand are still radioactive, however the water is safe for sharks and other wildlife.

49. The Goblin Shark is so pale that you can see its blood in its veins.

50. Bull Sharks have the highest level testosterone out of any animal in the world. (Top Ten Sharkdown)

53. Greenland Sharks are blind thanks to parasites that attach themselves to their eye balls and slowly eat them.

55. To stop a shark attack, punch the shark in the nose or poke it in the eyes. (Shark Feeding Frenzy)

56. Dog Fish get their name by how they bite their prey. It resembles a dog shaking its head when biting something. (Alien Sharks: Return to the Abyss)

58. Bull Sharks can change their body chemistry to swim in both fresh and salt water. (Ninja Sharks)

60. You have more of a chance of dying on your way to the beach than dying from a shark attack. (Shark After Dark)

QueenRadhi
The State University of New York at Stony Brook
3346