The deep, dark web sure has some strange theories floating around. 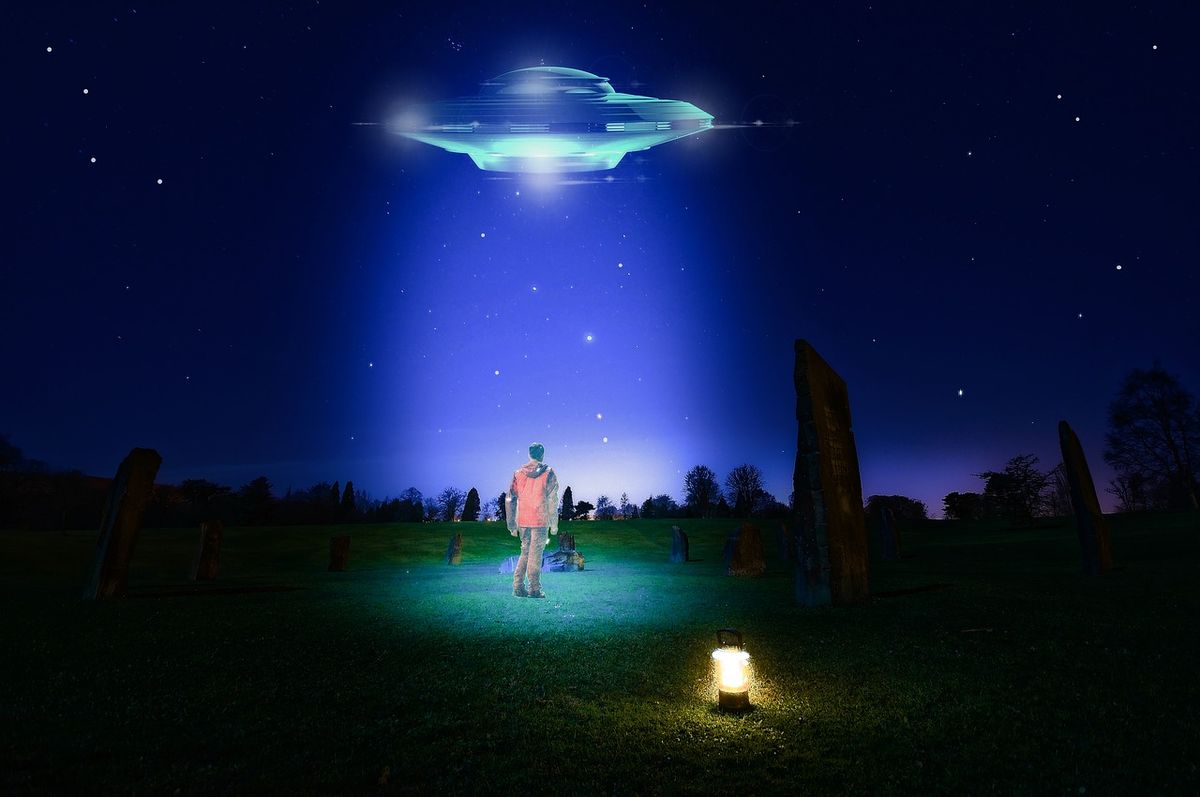 Conspiracy theories― you either believe them or you don't. In the wise words of Shane Dawson, these theories aren't necessarily meant to be believable but meant to open your mind to other paths of thought. Interesting, right?

My personal favorite is the one about how we never actually went to the moon, but I won't bore you with that one. Here is a list of some of the strangest conspiracy theories out there. You can be the judge of what seems legit and what seems a little too far-fetched to believe.

Have you ever noticed how many mattress stores are around? If you have, have you also ever noticed that there is literally NEVER anyone inside them? If not, search it on your iPhone map. Dozens upon dozens of stores pop up around each other. Who the heck needs 3 mattress stores within half a mile of each other?!

This conspiracy theory states that mattress stores, specifically Mattress Firm, are coverup businesses to hide money laundering. Money laundering is money earned from illegal actions, such as dealing drugs or prostitution. Clearly, the government can't know about these illegal activities, so what do you do? Buy a mattress store and say that's where all the money came from. Crazy, yet believable!

2. The government manipulates television/media and shows us certain things they plan to use in the future (predictive programming).

This is an interesting one. This theory states that the government starts showing us things (such as human tracking devices) on TV or other media before they are released to the general public. Thus, when they choose to actually put these inventions out, society is not frightened. This theory is better known as predictive programming. Ok, what? But think about it for a second.

Before 9/11, dozens upon dozens of ads, shows, movies, etc., showed images of the Twin Towers falling.

Whether or not you believe any 9/11 conspiracies, you have to admit that this is strange. Predictive programming is used to ensure that society doesn't resist as much if the government tries to implement ideas they have ALREADY SEEN. Another example of this would be children who watch movies about robots are less resistant when artificial intelligence starts taking over our lives. Hmm, sounds familiar.

3. Celebrities are manipulated by the government in order to distract us from what they are doing.

Think about this one closely. Brittany Spears had her nervous breakdown just as President Bush decided to go to war with Afghanistan. Wendy Williams passed out on her show the same day terrorists detonated a suicide bomb in New York.

What do we see on social media and on front page news quite often? Celebrity drama. On the day Williams fainted, her name was the most popular Google search of the day, not the terrorist attack. This theory states that the government actually controls celebrities and Hollywood, hiring them to do crazy, outlandish things to land on the front page and distract us from the important decisions our government is making.

Have you heard that North Korea may not be interested in peace talks with the South anymore? Of course not. You were reading about the Met Gala and what each celebrity wore.

4. Facebook listens to your conversations and tailors ads you see based on what you said.

Ever see an ad on Facebook and think, "Hey, I was just talking to someone about that! Weird." Is it a coincidence or is Facebook listening to you? We all know that a lot of the ads we see are based on Google searches or recent purchases, but this theory has been tested a few times.

It is said that if you leave your Facebook app open and talk about a product around it, one that you don't need, have never searched for or ever bought online, ads for these products will start appearing on your feed. With all of the crazy Facebook privacy allegations going on, who knows? Maybe this one is more believable than it may seem.

How do you get something flying off the shelves when it won't sell? Slap the name of a celebrity on. Perfume, nail polish, makeup, you name it. Have a celebrity endorse it or put their name on the product and BOOM. It's sold out.

This theory states that Kylie's makeup line started by using old ColorPop makeup that wasn't selling, changing the packaging and just throwing her name on it. Once the makeup guru realized that these palettes were selling out, she started creating her own. But not before she used dozens upon dozens of old, unsold makeup and made millions.

6. The recent California wildfires were started by the military testing laser weaponry.

Yes, ok, this sounds so weird and unreal but this theory is my personal favorite. Everyone knows how into war and beating other countries Trump is, right? Well, we were on the cusp of war with North Korea for a little bit there, and Trump was probably working with our military to ensure our weapons were better than theirs.

This theory states that Trump had the military test their new laser weapons in Los Angeles because (hold onto your hats because this is where it gets nuts) he hates Hollywood and all of the celebrities who constantly bash them. Where do many of these celebrities live? In the exact places where these fires thrived.

Not buying it? Check out this picture of a tree burning from the inside out.

Now, how exactly would this happen? Usually, trees burn like this when they are struck by lightning, but this tree was found where all of the forest fires were burning. You know what is a whole lot like lightning? LASERS.

Whether or not you choose to believe any of these theories, you have to admit that they are pretty damn clever. Whoever thought of them sure has a lot of time on their hands!

Kassie Hsu
Baylor University
4481
Panda Whale
Here are 100 things I'd rather to than study. I know the semester just started, but
Featured