6 Things No One Tells You When Your Parents Move
Odyssey
CurrentlySwoonLifestyleHealth & WellnessStudent LifeContent InspirationEntertainmentPolitics and ActivismSportsAdulting
About usAdvertiseTermsPrivacyDMCAContact us
® 2023 ODYSSEY
Welcome back
Sign in to comment to your favorite stories, participate in your community and interact with your friends
or
LOG IN WITH FACEBOOK
No account? Create one
Start writing a post
Student Life

6 Things No One Tells You When Your Parents Move

Hard doesn't even begin to describe it 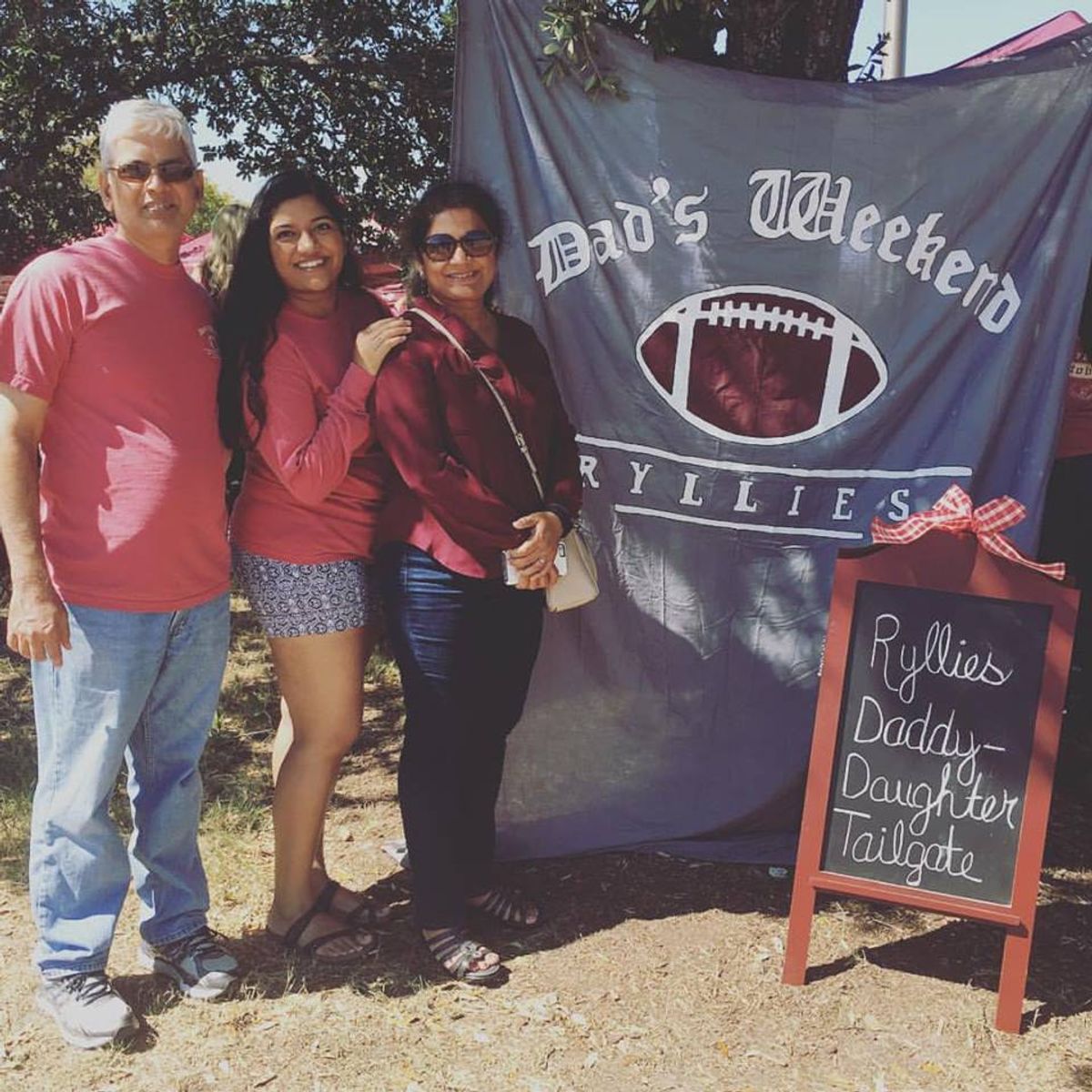 Texas A&M, like the name suggests, is a state school in Texas. Most of the people here are from the state, and a majority have the convenience of living within a 3-4 hour radius of their families. One of the main reasons I accepted my offer at A&M was the fact that it was 88.6 miles away from my house, and whenever I wanted to go home I could. Around 2 years ago, my parents told me they were making a sudden move to Atlanta, Georgia, and although it was hard at first, I'm glad they are now in a place where they are happier, and really seem to be doing well. Not going to lie, there are still some things that I miss, and didn't realize would become so much harder when your family moves.

1. You will miss your parents. SO much.

Obviously when they moved I knew that I was going to miss them, but it's the little things that become so much harder. For instance, going door to door, which would have been a 2 hour affair, now takes around 8 hours, from driving to the airport, boarding and flying home, and then driving from the airport back home. I don't really have the ability to go as often as I would like to, and it gets hard not being able to come home for festivals, holidays and important events.

2. FaceTime is amazing, but sometimes it really doesn't do full justice.

Sure you talk and get to see each other, but I still can't tell you what I would do to get a hug from my mom or a kiss from my dad. It's great to see them and chat, but I just miss the little things, like talking politics with my dad or jamming out in the car with my mom.

3. It really emphasizes the times that you do have together:

I'm so lucky because even though my parents are far away, they still don't miss the big important things. I was coming back from a meeting and was talking to my mom and briefly mentioned to her that we'd be having a family tailgate for my women's org, and the next morning when I called my mom told me they booked flight tickets to come down. I've had such a crazy, jam-packed semester so far, and my parents are going out of town for 3 weeks before thanksgiving, so that would've been the only time that I could see them before the end of November.

4. It strengthens your relationships with your childhood friends:

I've had the same friend group since high school, and some people in our group I've known for over 15 years. 2 of my best friends were my neighbors growing up, and although I don't go to college with them, I don't see them when I go home. It's different. But at the same time, it really makes you cherish the memories that you do have together. Even though we all are doing our own thing in college, and I don't get to see them over the summer and winter breaks, it doesn't limit my ability to make memories with them, and has increased our bond.

5. It gives you the ability to meet some amazing new people:

This entire summer I was in Atlanta, and although I didn't have very many friends at the beginning of the summer, I had an entire squad at the end. I honestly was worried that I wouldn't be able to make friends, and that when I met people through dance, the wouldn't want to hang out with me. BOY was I wrong. My parents moving has introduced me to so many new amazing people, and has given me a whole new entire set of friends to come home to.

6. It makes you a stronger person:

My parents moving was extremely sudden, and was a spur of the moment decision. It was extremely hard at first, and at times still is, but at the end of the day I am much more independent, driven, and self motivated than a lot of my friends and peers. Your family moving forces you to grow up and become your own person, and my college experience wouldn't be complete without it.