6 Rides For The Non-Roller-Coaster Rider At Universal Studios Orlando
Odyssey
CurrentlySwoonLifestyleHealth & WellnessStudent LifeContent InspirationEntertainmentPolitics and ActivismSportsAdulting
About usAdvertiseTermsPrivacyDMCAContact us
® 2023 ODYSSEY
Welcome back
Sign in to comment to your favorite stories, participate in your community and interact with your friends
or
LOG IN WITH FACEBOOK
No account? Create one
Start writing a post
Entertainment

It's not all roller coasters and Harry Potter. 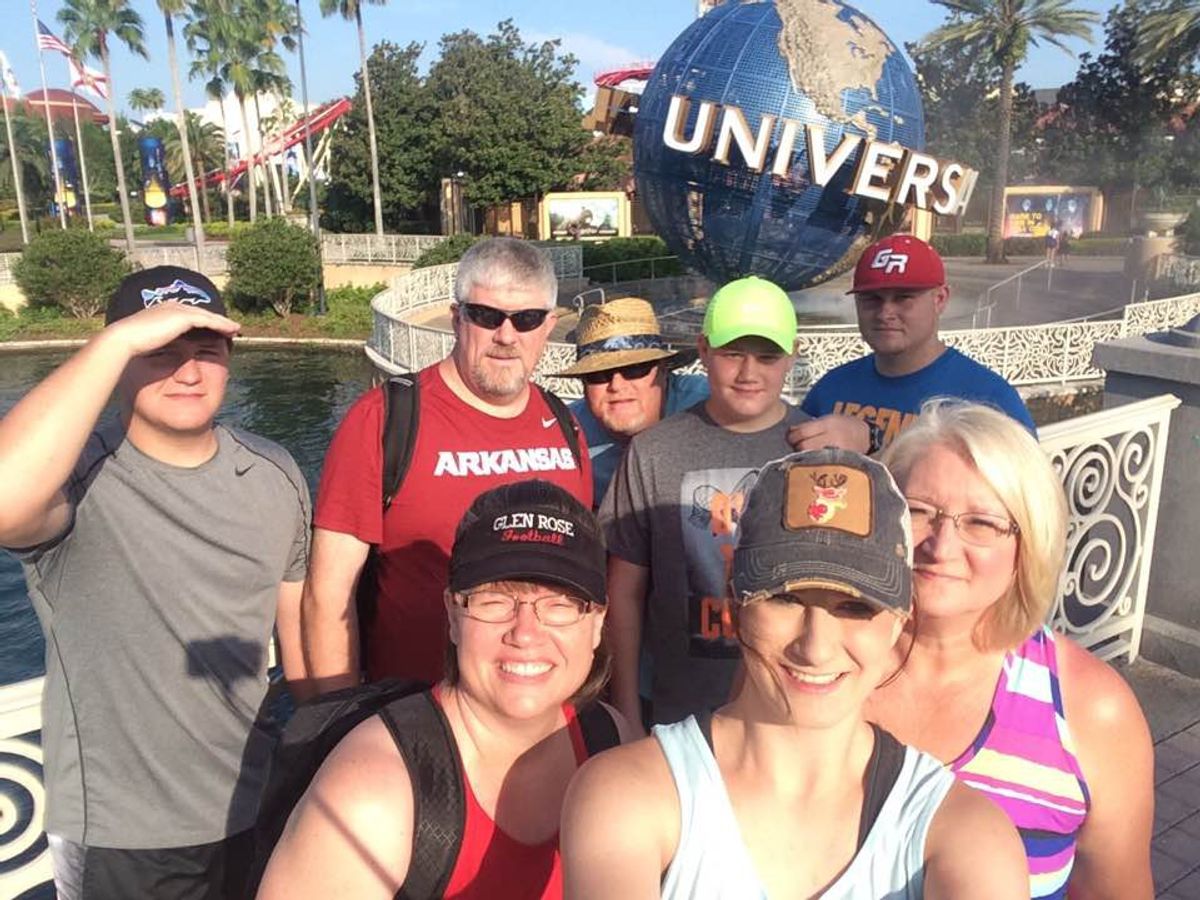 While I was headed to Orlando for a family vacation, I was dreading the trip. I personally hate roller coasters. I've been forced on a few and enjoyed them because they were pretty much flat and really fast, but those upside-down, twisting, bat-straight-out-from-hell roller coasters are terrifying. I literally get a panic attack thinking about riding them. The weeks before heading down there, I had done research on Harry Potter World because that's where I planned to spend my week (and I spent 85 percent of my time there anyhow). I saw that they had a new ride called Escape from Gringotts, and I was already psyching myself up for it. I knew there would be a couple shows I could go see while my cousins went nuts on the roller coasters, and there was always butterbeer to try. When we arrived that Monday at the park, we nearly ran back to the Harry Potter part of the park, where I got on number one of the rides for the non roller coaster rides.

1. Harry Potter and the Forbidden Journey.

This ride takes you through the grounds of Hogwarts, while playing some Quidditch. This ride is in the Hogsmeade section of the Wizarding World of Harry Potter. The only disclaimer to this ride I would have is if you get motion sickness, this could be rough on you. My little brother left green and shaking from the ride. I personally get motion sickness also, but I kept telling myself it was just a projection on a screen. The ride will throw you on your back, and things like Dementors and spiders will get rather close. Some parts will make you feel like you are falling out of the sky, but it's just a projection. The projections were 3D, so it seemed like you'd clip your foot on the top of Hogwarts. This ride by far was my favorite at the park.

If you are a "Transformers" fan, this ride is perfect for you. My little cousin rode it 10 times. It doesn't take a lot of knowledge on the movie series. I've only seen the first movie, and I knew what was going on the whole time. You take a ride through the city protecting the Allspark from Megatron. This ride is not as crazy as number one, but there's a slow-motion scene that really packs some heat. This one feels more like a car, and you're actually sitting in a car! This like most of the rides has some 4D effects like heat and water. This isn't a soak 'em water ride — you'll get like four drops on you. Motion sickness on this one wasn't as bad as the first. There is a part where you fall off a building, but the ride makers at Universal did an amazing job by keeping you completely still and making your stomach come into your throat. My roller-coaster-loving dad said the falling part got him a little.

3. Harry Potter and the Escape from Gringotts.

This ride is over in Diagon Alley. It made number three because of the small roller coaster aspect I did not know it had. At the very beginning there is a small drop. The only reason I was spooked by this was because a worker told me it was on a flat course. If you are not a huge "Harry Potter" fan, this isn't the ride for you. You need some knowledge of the movies or books to make it through. The coolest aspect of this ride is waiting to get on it. This may seem odd, but on the way in, you are greeted by goblins sitting at their desks working with coins and writing. All of this together made me fangirl hard. This is a 4D ride, so paired with 3D images, you also have water and heat being spat on you.

This ride was a little rough. You are in auditorium style seating that moves. You get turned into a minion and go through minion training while going through a wild goose chase in Gru's lab. The motion sickness was more present during this ride, but I had just had breakfast. This will run into you, and the seats will jar and feel more like someone tap dancing on car breaks. This is also 3D, so 3D that I found my self wincing at things that seemed like they would hit us.

5. The Amazing Adventures of Spider-Man.

This was a ride I think my brother could have ridden but was so shaken by the Harry Potter ride he refused. While reporting for the Daily Bugle you get into a little trouble, and Spider-Man comes to your rescue. There was only one rough part where you fall off a building, but Spidey puts a spider-web net under you before you hit the ground. This ride is also 4D, so there is some fire and water. This one is much less intense than the other rides. I'm not a huge Spider-Man fan so this ride was just OK to me, but it gave me something to do.

This ride my poor little brother went on and we, yet again, found ourselves buying Sprite and cooling him off. This ride you get to shoot at aliens to help MIB. You get points for shooting at them. The only downfall to this ride is that it spins like crazy between scenes, but it's bonus points if you shoot something during the spin. This is the part that got my brother. I had a blast and was fangirling because who doesn't love "MIB."

I'm going to be honest — I hate E.T.. The movie creeped me out when I was a kid, and I'm 20 and it's still creepy. My mom, who hadn't gone on any rides, loved this ride. She thought it was hilarious and giggled the whole ride. To me, it looked like an '80s acid trip. The gist of the ride was trying to take E.T. to his home planet and save his friends. At the very end, E.T. says goodbye to everyone on the ride by name. Not my favorite, but my mom said I needed to write on it so here it is. Hi, Mom!

This trip did not suck nearly as bad as I had planned on. Universal Studios in Orlando did an amazing job of giving every kind of person that came though the gates a great time and something to do!