6 Reasons Why I Love "Dogfight" The Musical
Odyssey

6 Reasons Why I Love "Dogfight" The Musical

Why I can't stop listening to this show. 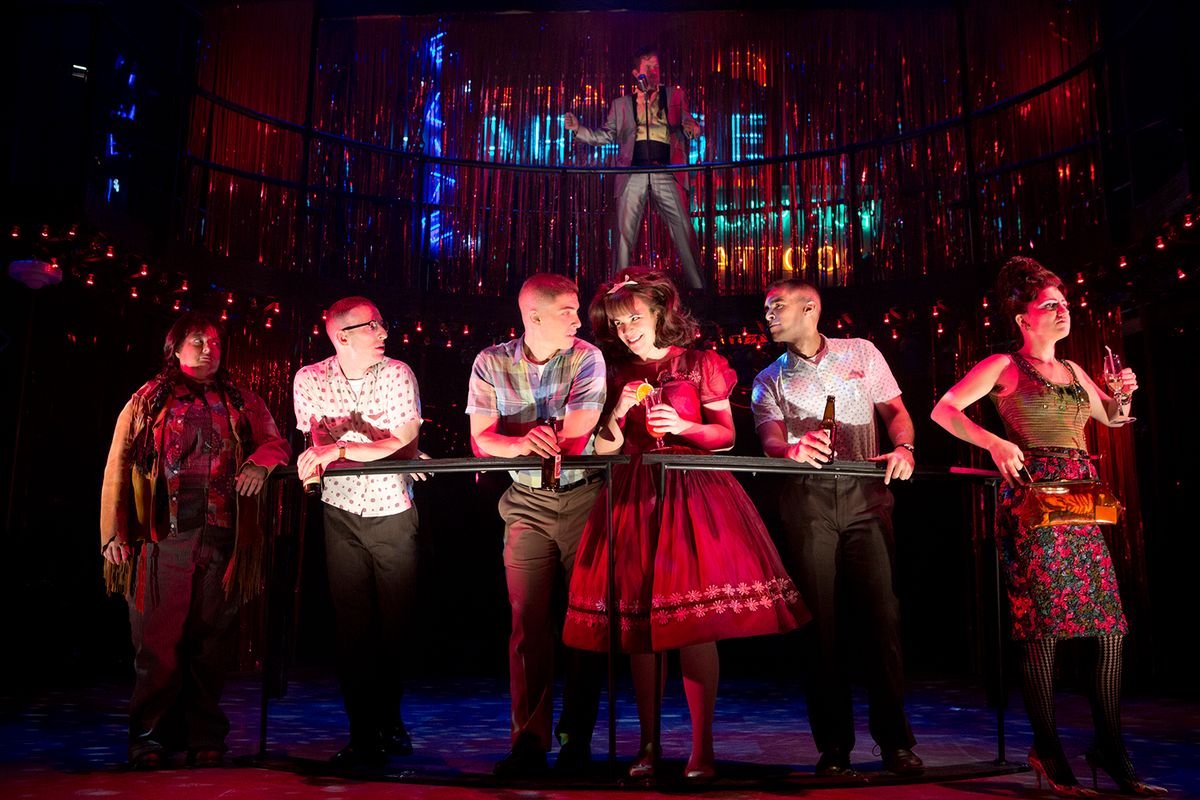 Anyone who knows me knows that I am downright obsessed with musical theater. My dad and I were both in our high school musicals, and therefore we both have a great appreciation for this art form. I would have to say that some of my favorite musicals are the classics, but there are some modern shows that have stolen my heart as well. Recently, I discovered a newer musical that has completely captivated me. And when I say I'm obsessed, I mean since the day I discovered the soundtrack on Spotify, I basically listen to the entire musical once a day. "Dogfight" the musical opened in 2012, but since then has had only a handful of productions, many of which have been outside of the United States. I am absolutely dying to see this show live, and here are just six of the many reasons why.

I have always loved learning about history in school, especially about major wars. What more could have possibly sucked me into this show than the fact that it takes place in and around the Vietnam War era? Well, actually a lot more. But still. The simple fact that this musical has such a prominent historical setting has made me love it even more.

2. A Musical About Marines?

This was probably the first thing that struck me about this musical. I had never really heard about a musical in which some of the most prominent characters are active military members. I mean, other than "Hamilton" of course. This is definitely one of the reasons I love this musical so much, because who doesn't want to be entertained by singing Marines?

3. A Message on Self Worth and Empowering Women

The female lead of this show, Rose, is such an amazing character, and stands out as a pioneer for women during this time. She is a waitress, but also an aspiring musician. Though in the beginning of the show she is somewhat reserved and vulnerable to manipulation, she quickly learns to stand her ground after discovering the true nature of the infamous dogfight. Her character's progression from being somewhat weak and unsure of herself, to coming to understand her self worth and what she deserves is absolutely inspiring, and something that I believe many people, especially younger girls, should take notice of.

The music. Hands down, these are some of the most addicting tracks in a musical I have ever heard. Usually, there's certain songs in a musical that you don't really like, and will usually skip through on the playlist, but not with "Dogfight". I can assure you every single song in this show is just as amazing as the one before it, which is part of the reason why I listen to the entire show daily.

My heart breaks repeatedly every single time I listen to this show, or even when I just think about it. I remember the feeling I had when I listened through it for the first time, and those feelings have not gone away. Even now, when I listen to these tracks or watch the show online, I am hit with the same array of emotions that I was the first time. It seriously never gets old. You will be smiling and singing along one second, laughing hysterically the next, occasionally wanting to punch Eddie while simultaneously rooting for him and Rose, and sobbing by the final moments.

"Dogfight" has been nominated for ten awards since it opened, and has won two of them. While winning two awards is amazing for a musical that has only been around for less than a decade, I believe that this show is worthy of so much more praise and recognition than it has already received, because it really is a beautiful piece of art.

If you haven't heard of this musical, I highly encourage you to check it out. Though it might be a tiny bit cheesy to say, I can honestly say that my life has been made a little bit better just by having this show be a part of it. Please, please, please, go listen to it.