6 Reactions I Get When I Say I'm In A Sorority

6 Reactions I Get When I Say I'm In A Sorority

No, I don't pay for my friends. 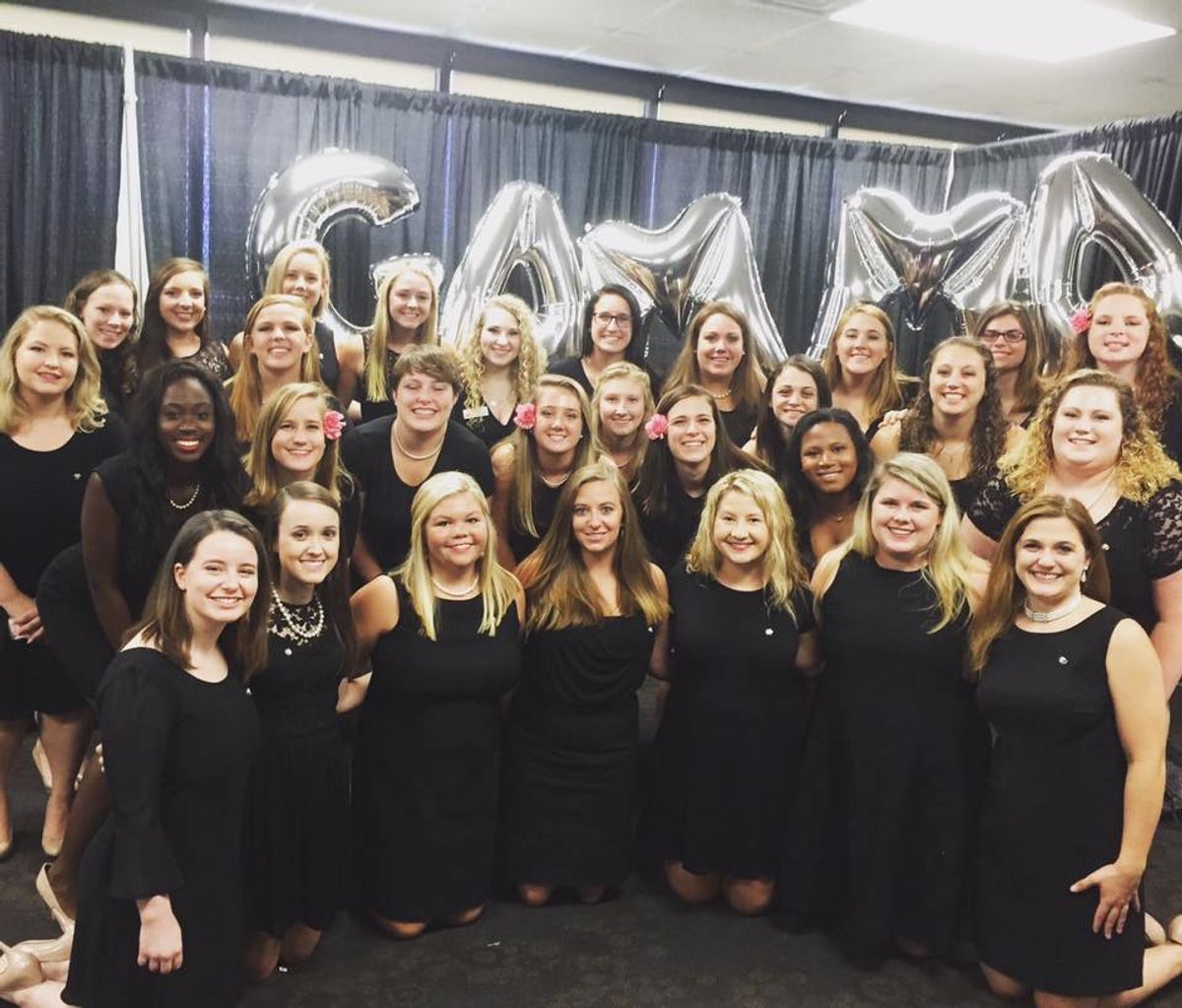 There are so many misconceptions and negative stereotypes about sororities. We have the media to thank for that. Sorority women are ultimately seen as dull yet beautiful women who have nothing to offer society other than our looks. But as any Greek woman knows, that's not the case at all. For many of us, going through sorority recruitment continues to be one of the best decisions of our lives. Our organizations have molded us into better women, teaching us responsibility, charity, and the true meaning of friendship. Unfortunately, we're still met with unpleasant assumptions. To illustrate, here are six reactions I get when I say I'm in a sorority.

This is the most common thing I hear when I say that I'm in a sorority. Yes, I pay dues every semester to be in a Greek organization. And yes, the money pays for different events that I enjoy with my sisters. But that in no way translates to paying for my friends. You pay fees for playing sports and joining other organizations and no one says a word, so why do Greek organizations have to explain themselves? Just because my friends happen to be in an organization I pay for, it doesn't mean I'm paying for their company. If I were, I'd be paying a lot more because our sisterhood is honestly priceless.

2. "You're in college to get an education, not party."

Really? I'm going to school to get a degree? I really had no idea. You know what I'm also going to college for? Experience. Being in a sorority gives me experiences I will remember for the rest of my life. Sure, some of them may involve having drinks with my sisters. But most of them consist of having people who are there for me no matter what, being a part of something bigger than ourselves.

3. "Aren't you worried about hazing?"

Why on Earth would I be worried about hazing? Going through recruitment and the period before initiation, my sisters did not haze anyone. And as we welcome new sisters into our chapter every semester, we don't even dream of hazing. We respect our new sisters and we recognize that humiliation does nothing to build friendships.

4. "You're not going to have time for the things that matter."

First of all, being a part of my sorority is something that matters. I make time for it like I would any other activity high on my list of priorities. Secondly, I would just like to boast that being in a sorority has never made me compromise the things that really matter. I have never had to sacrifice family time, studying, or my passions in favor of my organization. My sisters are so understanding and supportive of everything I do. My personal life has never been in competition with my sorority.

A misconception I hate about being in a sorority is that we have a lack of diversity. In every single sorority, you'll see a variety of girls. No two sisters are exactly alike. We have artists, singers, scholars, comediennes, and everything in between. And although there are a few bad egg snobs here and there, chapters are generally not "stuck up" once you get to know them.

If all of the awful stereotypes about sororities were true, I'd be inclined to agree with this statement. But because they're not, I'll argue that yes, being in a sorority IS me. Being a part of a sisterhood so loyal and true is me. Doing good, charitable work for a deserving philanthropy is me. While I might be an atypical sorority girl, I'm never going to be ashamed of being Greek because of ignorant stereotypes.

We as a society pride ourselves on allowing people to be who they are (without judgement), why do we forget that the second we hear someone is in a Greek organization? Being in a soroity is now a piece of me, so why judge why judge me the second you hear I am in one.