For all of you crazy college kids. 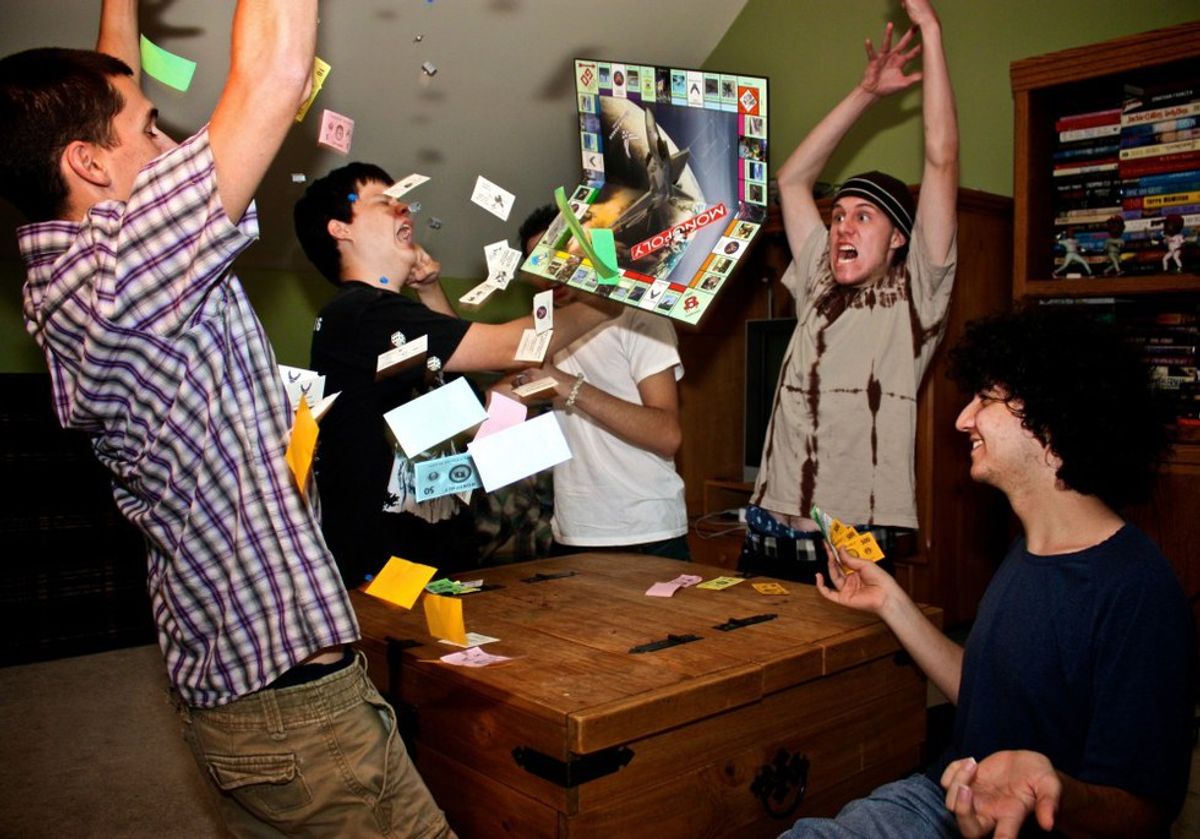 Picture this: you're sitting around your dorm with some friends, and you notice everyone distracting themselves with their phones or falling asleep from boredom. What's the only way to get this party started? No, not alcohol or drugs, it's BOARD GAMES! Specifically, ones that are tailored towards young adults like us! Here are some great ones that you could use to liven up any get-together.

Pretty much a staple for any college dorm. For those of you who don't know, this is an incredibly inappropriate card game wherein the judge reads off a question and picks their favorite out of everyone's contributions. Some of the funniest cards include, “a micropig wearing a tiny raincoat and booties," “waking up half-naked in a Denny's parking lot" and “a really cool hat."

Similar to Cards Against Humanity, with a card game design, only this time, you're given a superhero card and two attributes for the character. Each player has to defend why their “hero" would defeat the other player's cards in a battle. However, not every attribute is beneficial; for example, you could have an Iron Man with a laser gun, but find out that it's actually a baby. This game has a lot to do with how far you are willing to argue to win, and could lead to some serious tension between friends. Happy fighting!

There are many versions of this game idea, but this one is great because it practically forces you to be inappropriate. Essentially, a question is asked, everyone writes down answers, and in a circle everyone has to guess who wrote which answer. This game can show people's true colors, and your friends may surprise you.

A dice game with a mix of conjunctions, nouns and "dirty" words, like “hard" or “slip." The team of players roll the dice and have to create full sentences--essentially Bananagrams with words.

This game can be played using Steam, Xbox One, PS4 or Amazon Fire TV, with your smart phone as a controller. During the game, a question is asked, and each player submit answers that they think others will believe to be the correct one (or just to be funny) alongside the actual answer. Players vote on which answer is their favorite and the one they think is correct, and points are distributed accordingly.

Finally, this game can be an excellent test of how well your friends know each other. Every player is given two characteristics of a date for the bachelor or bachelorette, and all players must argue why their person would be the most ideal candidate for them.

So the next time you find yourself bored with some friends, try out these board games, and let the fun ensue!

Nicole Marie Nigro
Individual Creator
8482
c1.staticflickr.com
Where to start...... Let me start with the cliche that life throws us curveballs and what we do with it is what counts.