6 Lessons You Learn As A Camp Counselor

6 Lessons You Learn As A Camp Counselor

Because camp is more than just fun and games. 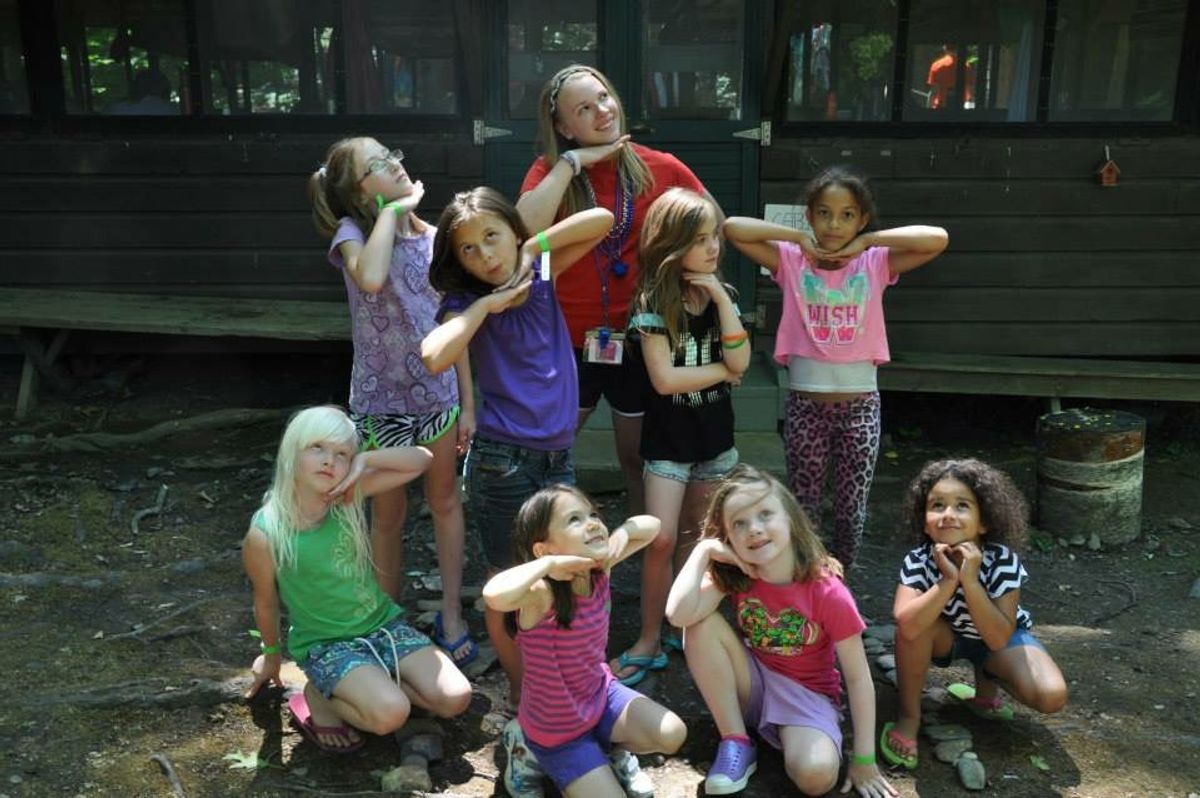 A year ago, I would’ve never imagined that I, a stereotypical yuppie who constantly carries around coconut-scented hand sanitizer, could survive outdoors for a whole summer. If there were a superlative in my high school for “Most Likely to Die in a Zombie Apocalypse” or “Most Likely to Have Never Touched a Leaf,” I probably would’ve won it.

To put it simply: I’m not an outdoorsy person. So what was I thinking in signing up to be a camp counselor? I suppose one could attribute my decision a little bit to pressure from my former youth pastor (who would be directing the camp), a little bit to impulsivity, and a lot to my dedication to proving those who thought I would fail wrong.

After signing up, I immediately regretted it. No make-up, friends, air conditioning, or warm showers for a whole summer? What even was the "outdoors" anyways?

On paper, I probably seemed like the worst applicant possible: minimal camping experience, directionally clueless, and zero survival skills. By some chance of twisted fate, however, I was hired and embarked on the best experience in my nineteen years on this Earth. Being a camp counselor was not only fun, but it also taught me skills I could never learn anywhere else. Below are six lessons I learned from my time as a camp counselor.

1. You learn how to turn anything into a game.

Being a camp counselor requires an enormous amount of creativity in order to keep kids with an attention span the size of an atom entertained. To do this, everything (and I mean EVERYTHING) becomes a game. Eating dinner turns into a massive cups game as everyone sings the Cups song slightly off-key. Multiple cloth rags turn into a three-legged race. By the end of the summer, everything is merely a building block for a new game to play.

2. You learn how to multi-task.

As a camp counselor, your job is to entertain, watch, feed, teach and advise not one, but anywhere from five to fifteen, children at a time. Each child requires special attention and time that you don’t necessarily have.

Camp counselors, by nature, are jacks-of-all-trades. They need to teach swimming lessons, help kids with wood-making skills, make fires, and teach archery among many other tasks. This ability to switch between tasks quickly helps for any fast-paced job environment. After all, what could possibly be more fast-paced than fifteen ten-year-old girls after eating one too many s’mores?

I remember this conversation all too often: “Johnny, did you hit her?” “No,” he would reply not looking at me. Witnessing something with my own eyes, and having the child lie straight to my face was one of the most frustrating experiences I’ve ever faced. I wanted to scream, “I HAVE PROOF! I KNOW YOU DID THIS!” But I knew that would never get me the response I wanted or needed. I learned to wait for the kids to admit to what they’ve done. Although I wouldn’t say I’m a patient person, I have definitely improved since camp.

4. You learn to step out of your comfort zone.

Never in my life would I ever picture myself inching across a log over a river filled with shallow water and rocks. The thing about camp is you never know what to expect until it happens. Each week brings new challenges, and you learn to cast aside your fears and face each one with the confidence that you’ll survive.

5. You learn to rely less on technology.

Before camp, I was constantly glued to my phone. I was never content to just sit and think. At camp I learned the practice of meditation, reflection, and silence. I learned to observe my surroundings without the distractions of doodle jump or Pinterest. Lacking technology, I finally felt able to be a human ‘be’-ing, rather than the human ‘do-ing’ I usually am.

6. You learn that being a counselor isn’t a job description, but a life mentality.

Being a camp counselor isn’t about the title, it’s about the heart. It’s seeing the positive aspect of every situation and being unafraid of the future.

This summer I may not get to return to Camp Pattersonville, but that doesn’t mean I won’t strip me of my title. No matter what happens, I will carry these lessons and this identity with me for the rest of my life.

Madison Franz
The Narrative
1118554
Photo by Brooke Cagle on Unsplash

Madison Franz
The Narrative
654813
Photo by Manny Moreno on Unsplash