6 Drake Songs To Listen To After A Breakup
Odyssey
CurrentlySwoonLifestyleHealth & WellnessStudent LifeContent InspirationEntertainmentPolitics and ActivismSportsAdulting
About usAdvertiseTermsPrivacyDMCAContact us
® 2023 ODYSSEY
Welcome back
Sign in to comment to your favorite stories, participate in your community and interact with your friends
or
LOG IN WITH FACEBOOK
No account? Create one
Start writing a post
Entertainment

6 Drake Songs To Listen To After A Breakup

Because if he can't be your boyfriend, he might as well be your therapist. 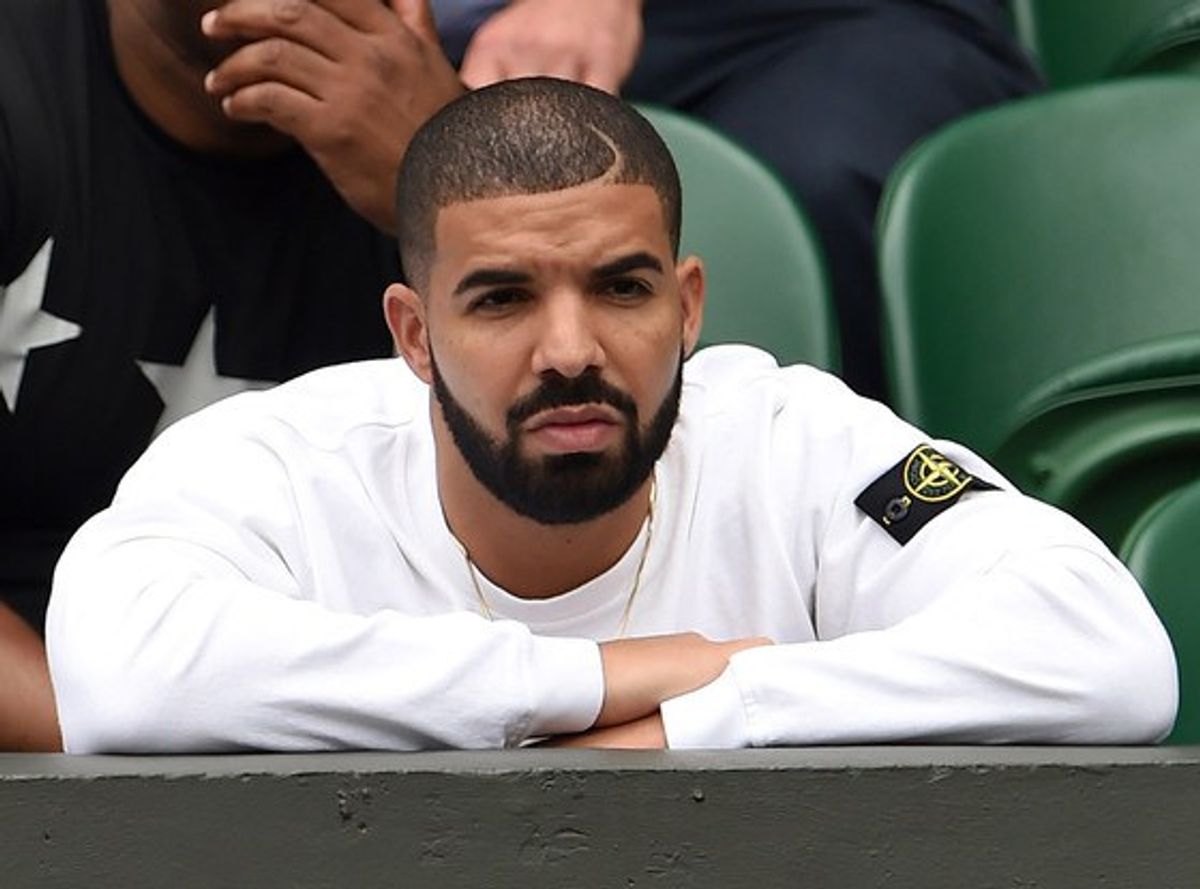 So, you and your significant other broke up. Maybe you got your heart shattered, or maybe you did the heart breaking. Either way, it’s going to hurt. There are a few ways to cope with this. Sitting, crying, and getting over it, or sitting, crying, and getting over it, with the help of Aubrey Drake Graham. Because if you can’t date Drake, he might as well be your therapist, right?

Side note that these songs should be listened to in chronological order, as it is very important in the healing process.

This song is an obvious choice for your first listen because it’s better to get the tears out now rather than later. You’re trying to grieve a loss here! Even if these lyrics don’t relate, the whole mood of the song is definitely a tearjerker. It’s really a shame Drake isn’t there to wipe those tears. You can pretend, though.

The lyrics, “I know you still think about the times we had,” and “I’m just sayin’ you could do better,” is a great sing along if your ex left you for someone else. You’re not jealous, you’re just…confident that he could do better. A.K.A. you.

Ah, another tearjerker. If you were the one that did the unfortunate heart breaking, but still really care for the person, then this is perfect for you.

There’s so many lyrics that are key points in this song, but here are a few of the best.

“When a good thing goes bad it’s not the end of the world, it’s just the end of a world that you had with one girl.” So true. Let that sink in.

“But I need someone different, you know it, we both know it, something’s been missing.” A great line if both of you were just too different for your relationship to move forward.

Don’t worry, this is the last song that might make you cry. You may start to get over the person slowly, each day either good or bad. But nights where you’re alone with your thoughts are the worst, so you start to feel really lonely.

“Finna get myself together, I’ve been thinkin’ about everything, I don’t know if its because I’m lonely. Lonely on a Wednesday night, girl I’m lonely.”

You don’t know if you miss them or if it’s just because you’re lonely. No more explanation needed. Go ahead and cry.

Okay, now you’re really starting to get over them. You’re finally feeling okay again, and no longer sad. Just angry. Why did he do that to you? You’re awesome. He’s missing out. And if you did the heart breaking, you are probably just hyped off the fact that you don’t feel sad about it anymore, and you’re an INDEPENDENT WOMAN! (Or man) P.S...This song is great to blast in your car while driving past your ex's house.

Basically, the whole song has an “angry-pumped up” feel to it, repeating the lyrics “I’m charged up,” a million times. You are. YOU’RE CHARGED UP!

Time to get out of hibernation. The squad is begging you to come out this weekend, and you’re ready for it. Prior to hitting the town with your ride or dies, this song is the perfect pump up. This song basically repeats the lyrics, “I’m on my worst behavior,” a lot, with added lyrics like, “I’m just flexin, do we look like we stressin’?” and, “always hated the boy but now the boy is the man.” You’re single. You are the man (or woman) now.

This song could also be substituted with the track Big Rings feat. Future, another great song to get you and your "squaaa" amped up.

The final song, as you’re now feeling fully back to yourself, is something you would want to play while you walk into a room full of your exes. Each lyric captures a perfect “revenge,” and “look at me now,” type of feel.

“Remember I deleted all my other girls’ numbers out the phone for you? Remember when you had to take the bar exam I drove in the snow for you? You probably don’t remember half the sh-- I did for you, yeah you ain’t really mess with me way back then girl, how bout now? Cause I’m up right now, and you suck right now.”

Now you probably shouldn’t say these lyrics directly to your ex, especially if you had a calm breakup, but if they really screwed you over after all the good you did for them and broke your heart you have every right to play this while dancing in the mirror.

So, there you go, these are just a few songs that the beautiful and talented Drake can get you through a breakup. Even if the breakup wasn’t ugly, it’s fun to pretend that you’re a badass, even just for a few minutes.