50 Things I Would Rather Do Than Watch March Madness
Odyssey
CurrentlySwoonLifestyleHealth & WellnessStudent LifeContent InspirationEntertainmentPolitics and ActivismSportsAdulting
About usAdvertiseTermsPrivacyDMCAContact us
® 2023 ODYSSEY
Welcome back
Sign in to comment to your favorite stories, participate in your community and interact with your friends
or
LOG IN WITH FACEBOOK
No account? Create one
Start writing a post
Entertainment

50 Things I Would Rather Do Than Watch March Madness

A list of 50 things I would rather do than watch the March Madness tournament on TV. 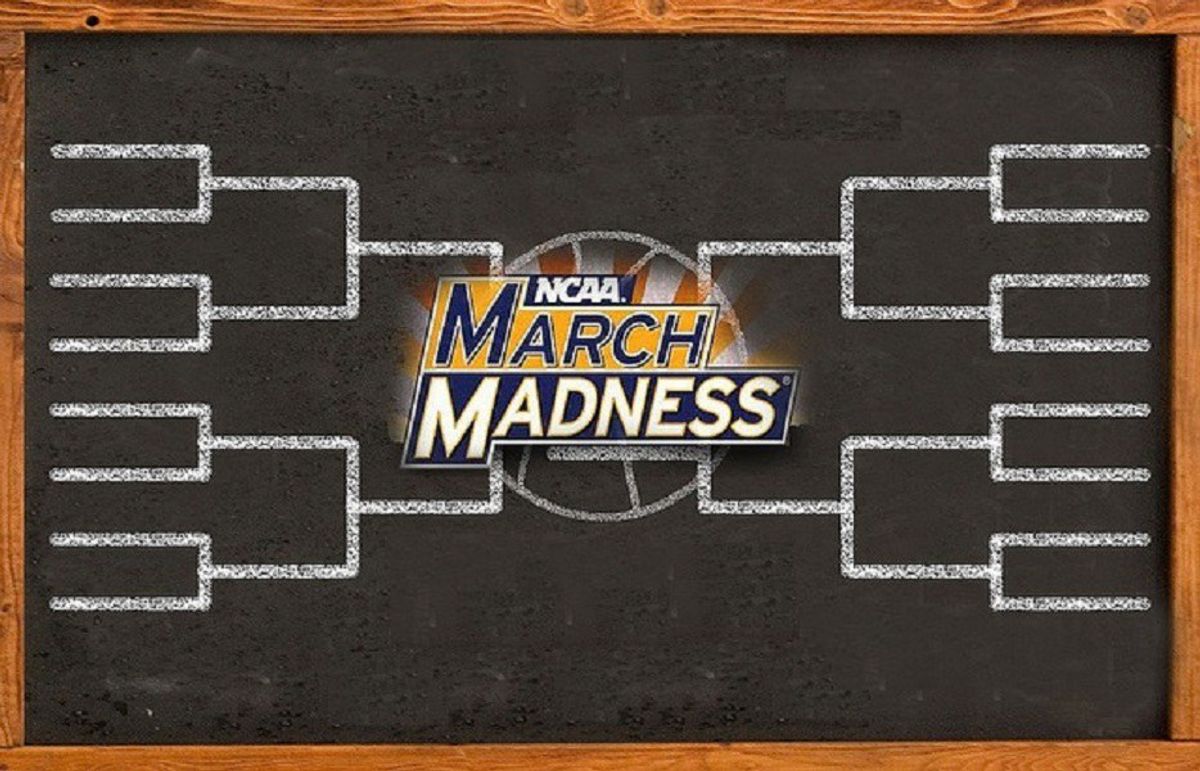 It's no secret that I'm not a big sports fan. While I love going to games and having fun cheering with the rest of the crowd, I don't particularly like watching games on TV. This is a list of things I would rather do than watch the March Madness tournament:

Yeah... read that again. I would rather work on homework than watch the basketball tournament that has everyone else going crazy.

Anyone who knows me, knows how much I love sugar and candy.

So many people, so many bodily fluids...

4. Watch a film in a foreign language, without subtitles.

It would be tough, but I would still like it more.

I think most of us can agree, those awkward, emotional middle school years were the worst.

6. Count to one million.

Can you imagine how long that would take??

7. Give Megan a foot message.

8. Travel to the coldest place on Earth.

I HATE THE COLD!

The only class I've ever done badly in because I just don't understand it, is Economics.

10. Alphabetize my DVDs and books.

I actually like organizing and alphabetizing, but this would take a very long time

I can barely handle the medium wings. I usually eat the mild ones.

12. Listen to only the Kidz Bop versions of songs for a week.

That would be the worst.

14. Go on a vacation and not be able to leave the hotel.

Do these exist? That would take forever!

18. Watch every episode of Teletubbies in a row.

Can you even imagine?

Since I was a child, I have loved to sing. However, I also have an extreme fear of singing alone in front of others.

I don't like supreme pizza. I'm not a fan of thin crust pizza. But I'd rather order one than watch the basketball tournament on TV this month.

22. Teach a subject I know nothing about to high school students.

Teaching a subject I don't know to a bunch of teenagers who don't want to be in school anyway... sounds like a blast! ;)

I don't do well with plants, they always die.

Learning new words could be entertaining...

25. Be interrupted by Kanye West.

I'm going to let you finish this list but...

I despise vinegar, it literally makes me gag.

27. Have a squirrel throw an acorn at my head.

29. Eat only vegetables for a week.

If you know me, you know I don't do vegetables.

30. Go to a country music concert.

I like almost every kind of music...except country and rap.

That would be so dreary!

32. Do the dishes with soggy food on them.

DISGUSTING. Dishes with food on them in the sink freaks me out.

33. Watch all of George Clooney's movies.

I don't know what it is about him, but he irritates me.

Self-explanatory. No one wants to do that.

I try to avoid going to the doctor as much as possible.

I actually wouldn't hate this, as I used to study physics, but it would still be really hard.

Wandering around an unknown city would actually be fun.

Inside joke. Basically, every time my mom plays Eddie Vedder I sigh and complain.

So boring, but the music is relaxing!

42. Go through a haunted house.

44. Clean the windows of a skyscraper.

45. Study for finals ahead of time.

I'm the queen of procrastination.

46. Count the rocks in my driveway.

That would be a long, dull job.

47. Go through my entire inbox.

I currently have 7415 emails in my inbox... not exaggerating.

I would go crazy. I am a huge bookworm and could not live without my books!

Last but not least, I would be sneezed on by my sister. This comes from a (funny to others) story. A couple years ago, my sister was eating a salad and randomly sneezed and spit a piece of lettuce on me. It was so gross, and I instantly started gagging. As disgusting as it was though, I would still prefer it to being caught up in the whirlwind that is March Madness.

Nicole Marie Nigro
Individual Creator
9792
c1.staticflickr.com
Where to start...... Let me start with the cliche that life throws us curveballs and what we do with it is what counts.