50 Things Only DMV Natives Can Relate To
Odyssey

50 Things Only DMV Natives Can Relate To

It goes down in the ~Bethesda Chipotle~ 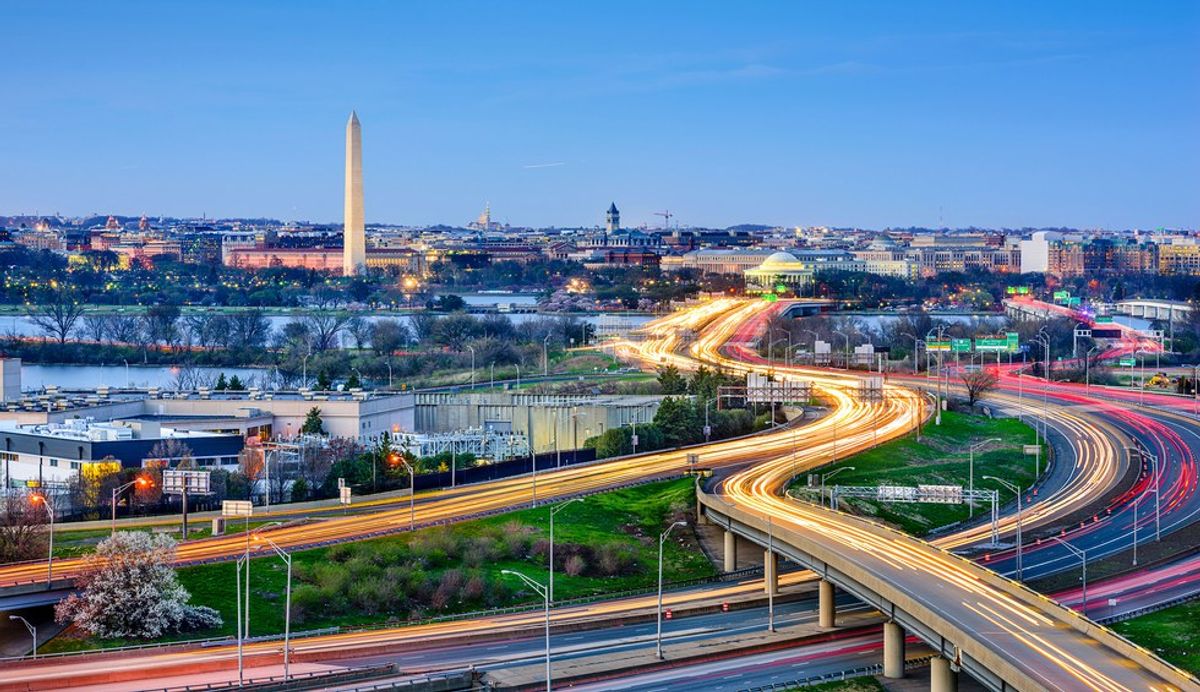 Everyone knows D.C. And if you don't, well, that sounds like a personal problem. But a majority of people have no idea what the "greater D.C. area" actually entails. D.C., Maryland and Virginia all have their own unique aspects to them, but the DMV is a world of its own that not everyone can handle...You might live here, but are you a true DMV native?

1. The DMV does not stand for Department of Motor Vehicles; it stands for D.C., Maryland, Virginia.

3. You get mad when people say they're from "D.C." but they're actually from Maryland or Virginia.

5. You laugh at the ridiculously long line at Georgetown Cupcake (and know that Baked and Wired is the way to go).

6. Bethesda cops have nothing better to do than bust house parties and cite jaywalkers.

7. You can't hide from politics, no matter how hard you try. Everyone is some kind of "-ist."

10. No matter where you go out, you'll probably end up at Steak 'n Egg, because duh.

11. Your friends are always torn between Bethesda Bagel, Georgetown Bagel, and Chesapeake Bagel.

12. You're pissed Montgomery Mall got so nice because now its just as packed as Tysons.

13. You've been to the monuments (probably inebriated) at night.

13. But they're still fighting over Bethesda Chipotle.

15. You laugh at people who think they've discovered "new artists," because you've probably already seen them at Black Cat, 9:30 Club, or Fillmore before they were a thing.

16. You have a love/hate relationship with the metro.

17. You're OBSESSED with your flag. (Unless you're from Virginia. In that case, you probably don't even know what your flag is.)

18. You're probably friends with someone important.

20. Everyone in Montgomery County has heard of each other at some point.

21. Jumbo Slice pizza is the best/worst thing that has ever happened.

22. You can't watch T.V. shows like House of Cards and Real Housewives of Potomac without pulling your hair out at the inaccuracy.

23. Old Bay is more important than salt and pepper.

24. You probably have at least one friend with an impressive Soundcloud.

26. Bethesda Barnes & Noble was your childhood.

27. "That new restaurant" is a perfect excuse to go out to eat every day.

28. Either learn to parallel park or get out of D.C.

29. The Clayboy man is everything.

30. You've learn to love the little weird things, like the lady who squeaks at the McDonald's in Tenley, or "Javi" lurking around Bethesda when you were in middle school.

31. You come because it's the nation's capital, but you stay for Cava and Chop't.

32. At some point in your life, you wondered what that magical castle that peaked out behind the trees on I-495 was, until you found out it was the Mormon Temple.

34. You don't realize how many schools there are here until you go somewhere like the Midwest.

36. The D.C. license plate has drilled "taxation without representation" into your head.

37. Humidity ruined any chance of looking good during the summer.

38. Big Potomac mansions are pretty and all, but they're infested with stink bugs.

40. You're not ready for the cicadas to come back.

41. You hate that there has to be a speed camera AND red light camera every two seconds. That's what country roads in Maryland and Virginia are for.

42. You get to actually experience every season to it's fullest.

43. Diversity is something you grew up with.

44. Cherry blossoms are the best part about Spring.

46. You're confused why the Maryland state sport is jousting instead of lacrosse.

47. Driving around to look at the houses in Potomac is a legitimate pastime.

48. Hiking Great Falls is just as beautiful on the Virginia side as on the Maryland side.

50. The DMV has its own culture, and you wouldn't trade it for anything else.