5 Types of Guys You Should Avoid On Tinder
Odyssey
CurrentlySwoonLifestyleHealth & WellnessStudent LifeContent InspirationEntertainmentPolitics and ActivismSportsAdulting
About usAdvertiseTermsPrivacyDMCAContact us
® 2023 ODYSSEY
Welcome back
Sign in to comment to your favorite stories, participate in your community and interact with your friends
or
LOG IN WITH FACEBOOK
No account? Create one
Start writing a post
Relationships

5 Types of Guys You Should Avoid On Tinder

In a pool where there is so much variety, its time to narrow down the types of fish we should target. 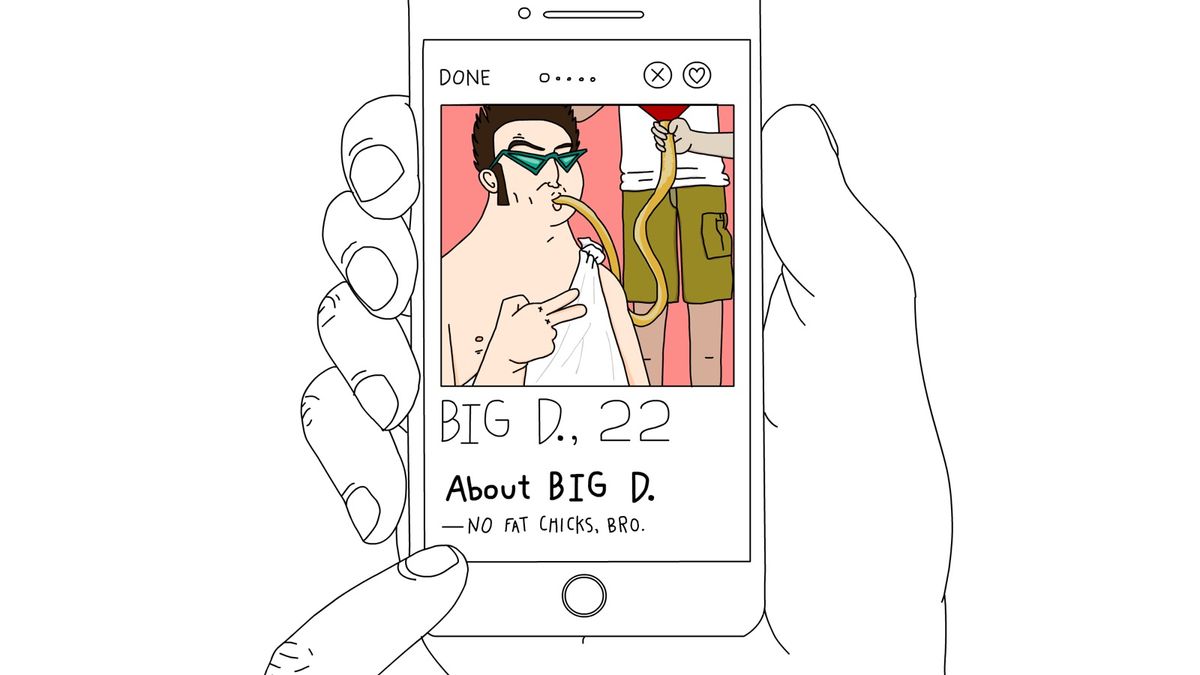 We have gotten to a point in our dating lives where it is no longer weird if you have a Tinder, but rather if you don't. With the speeding up of relationships and the unfortunate pulls of the hookup culture, it is inevitable that at some point we are faced with the important decision-making process of profile creation. Therefore, the issue is no longer should I approach it, but instead how should I approach it. For girls, here are the kinds of guys you are guaranteed to find on Tinder... that you should actually avoid at all costs.

1. The Terrible Pick Up Liner

Lets face it, what girl doesn't like a good pick up line? But some guys just take it too far out in their attempt to get creative. Like most of the dudes in this list, you will identify these from the start because usually the pick up line is their method of introduction. The whole process falls into one basic rule: If reading it makes you crack up instead of swoon, you know you´ve met one.

For some reason, guys tend to assume that if a girl sees a child or a puppy in their profile, they will automatically swipe right. Unfortunately, these are the guys we actually mostly try to avoid. The sole fact that you are willing to put a child and a dog on a public dating site where millions of creeps can see them is worrisome. You are trying too hard. Girls, don't fall pray to these dudes. The intention might be sweet but they are unreasonable from the start.

3. The Stuck Up Faker

No one wants to be near that guy that can only talk about himself during the 3 hours you´ve been talking to each other! This guy is easy to identify because,

A. All his pictures are of himself in awkward (he thinks its "sexy") poses and

B. His six pack is most likely on display. The sad part is that it could all be a farce! Although he seems to be full of confidence from the start, in real life he´s most likely not as sure of himself.

Obviously, there is nothing wrong with meeting someone and getting excited because they are a good match for you. But when marriage, kids and retirement all come up in the first hour of conversation... well, we got a problem. These guys are most likely to message you less than 10 seconds after the right swipe. They shower you with compliments and after another 10 seconds of knowing each other, they have the date and time of your marriage set. Let's say, not all of us want to marry a complete stranger, and some of us might not even be looking for marriage.

Even in real life, a guy that doesn't even try isn´t even worth it. These guys are more than likely to stick with the "hey" and "whats up" when starting a conversation. You get a feeling they aren´t really willing to get to know you, nor are they showing any interest at all. The first red flag you´ll sense when bumping into one of these is the immediate feeling of boredom and awkwardness that won't go away.

So, yeah, we hear all kinds of stories involving Tinder and romance and hookups, but no matter what our final destination is, we should always aim for quality not quantity.