5 Things You Should Know About Gender Fluidity

5 Things You Should Know About Gender Fluidity

Everything you were afraid to ask but could have Googled a long time ago. 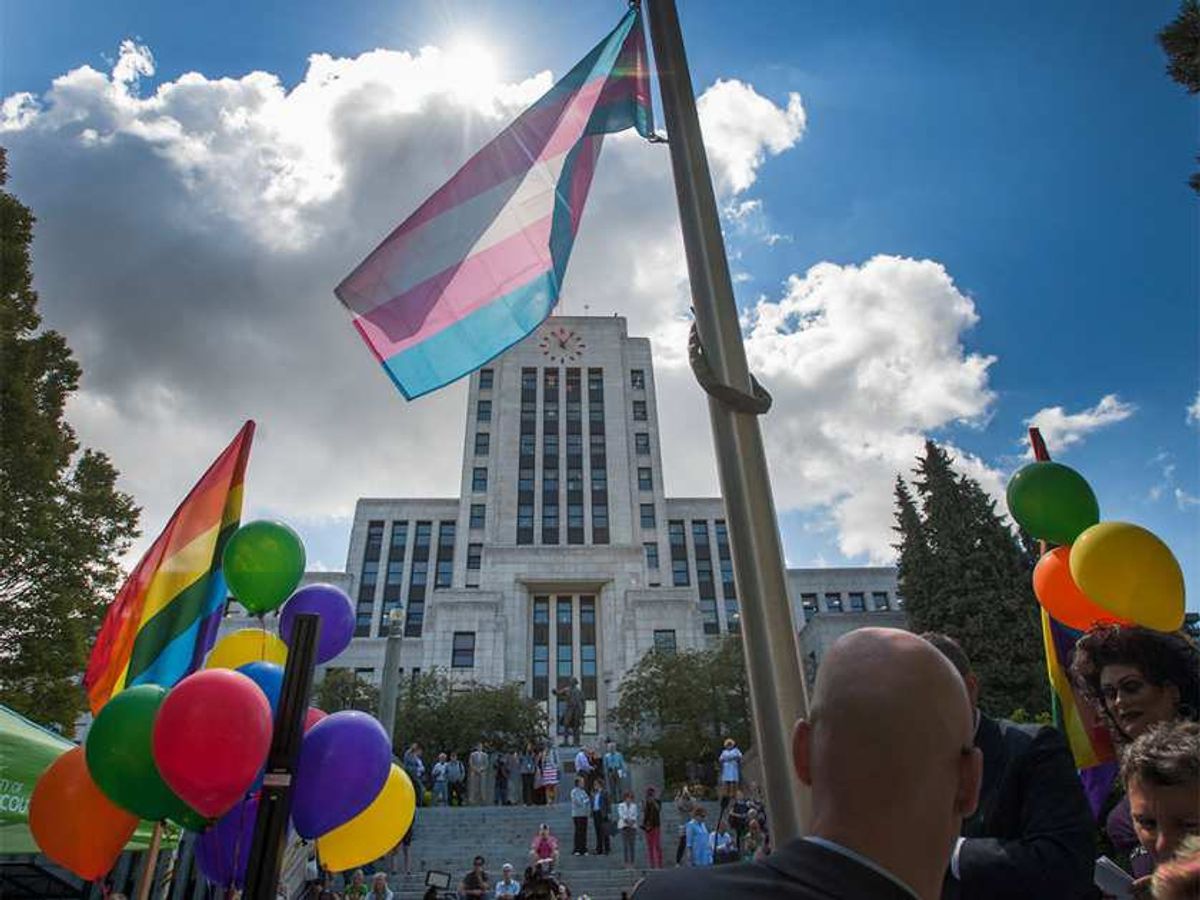 I had a somewhat aggravating conversation with a coworker recently about gender fluidity. It wasn't just that I disagreed with their point of view. I understand that not everyone can comprehend the concept of not identifying with the gender that they were given at birth (re:cisgender). But what annoyed me about this conversation was that he didn't even try to understand gender non-conformity. He went as far as citing some of his gay friends who didn't understand gender fluidity. Because obviously any LGBT member can speak for the whole.

Okay, moving away from my shade, I want to take the time to explain gender fluidity as I know it to be. While I am a cisgender woman, I attempt to explain it to others as well as myself. While only .5% of the national population aged 18-64 identifies as transgender (and this number may be skewed due to surveying issues), this is still a significant portion of the American population (try in the millions). While a minority, their rights still matter. And often enough, people help people better when they understand them. So here are some clarifications about gender fluidity for those of you out there with some questions.

1. It's not always about their genitalia.

Yes, it is a legitimate desire of many transgender folks to want MTF (male-to-female) or FTM (female-to-male) surgery including removing breasts and genitalia. Trans folks also seek hormone treatment and puberty suppression at a younger age. And that's fine. It helps people who often feel like they're in the wrong skin finally feel like they're in the body they belong in. But not everyone wants to go through the full transition. For gender nonconforming people, it can be as simple as the underwear they wear or the way they style their hair.

You know those times when you're feeling like a tomboy and just want to wear flannel and sweats? Or you want to wear a bright color with your suit but you're afraid that people will call you gay for it? Those are minor elements of gender expression. While people can identify as male/men, female/woman and anything in between, how they express is a bit different. One of my friends who doesn't identify with either binary gender feels like they can wear a breast binder or a sports bra and low-cut tank top and still be themselves.

The idea that there are only two genders is conflicting for nonconforming people. Another friend born male appreciates expressing himself in both fashions because just toting masculine characteristics feels constricting for him. While the vast majority feels comfortable in their body and cisgender expression and identity, some people don't. AND THAT'S FINE.

P.P.S. Also remember that a person's gender identity and expression is none of your business unless they make it your business.

3. There is a long history of gender fluidity globally.

From the hijras of India, Pakistan, and Bangladesh, to the two-spirit culture of transgender Native Americans, there are accounts of gender fluidity spanning well back in human history. And while it's not always easy to understand why certain identities exist, there is no denying that trans folks do in fact exist in human bodies. They are even revered as a spiritual council, such as with the hijras and two-spirit people. There is also the modern visibility of trans folks including Christine Jorgensen and Jan Morris in the 20th century as well as Laverne Cox today.

And remember, these are trans folk. We aren't talking drag queens dressing up in women's clothes and performing. We are talking about people specifically not identifying with their birth gender because it just didn't fit who they are. And while there are no unified lists or classifications for those not cisgender, people have conducted thorough research and acknowledgment of their own identities as well as others. Think intersex, trans, queer, gender nonconforming, third gender and many others. It's a spectrum, not a binary.

P.P.P.S. Also remember that a person's pronouns (e.g. he/she/they) are none of your business unless they make it your business. That's their history and it's their right to share it.

4. There is also a recent history of increasing violence against gender fluid people.

Just read this Guardian article about transgender deaths. Read it. That's only in the last couple of years that they're counting specifically homicides counted as hate crimes against the trans community. According to the National Coalition of Anti-Violence Programs (NCAVP), trans people are much more likely to experience violence based on their gender identity. In fact, transgender folks are 28% more likely to experience violence than cisgender folks. NCAVP also incorporated race into their report, saying that trans people of color are a disproportionate majority of trans folks murdered (87%). Intersectional identity plays a part as always. Thank you intersectional feminism.

P.P.P.P.S. Also remember that these are real people being murdered with preferred gender pronouns you may not agree with. They're still people.

5. Really, it's really none of your business unless it's your gender identity and expression. Really.

What seriously bothered me about my coworker's stance on gender identity was that he wouldn't accept that it was not his business. He was caught up in what genitalia they would have and how he couldn't accept a different gender than what he considered right. But there are many things differentiating a person's anatomy from who they are as a person.

Living Anthropologically explained in an article that, "[The phrases related to the social construct of gender] simply indicate that many observed behavioral characteristics and life experiences are heavily influenced by social expectations, norms, and roles." Our idea of gender is much more than a sum of body parts and clothing. It's how we feel, how we express ourselves, and how our culture interprets our gender. So for the love of all of those cuddly trans, queer, intersex and everything in between folks, just accept how they identify even if it doesn't make sense and move on.