5 Things You Identify With If You Fly A Cessna
Odyssey

5 Things You Identify With If You Fly A Cessna

Everything about flying airplanes makes the world of aviation unique. 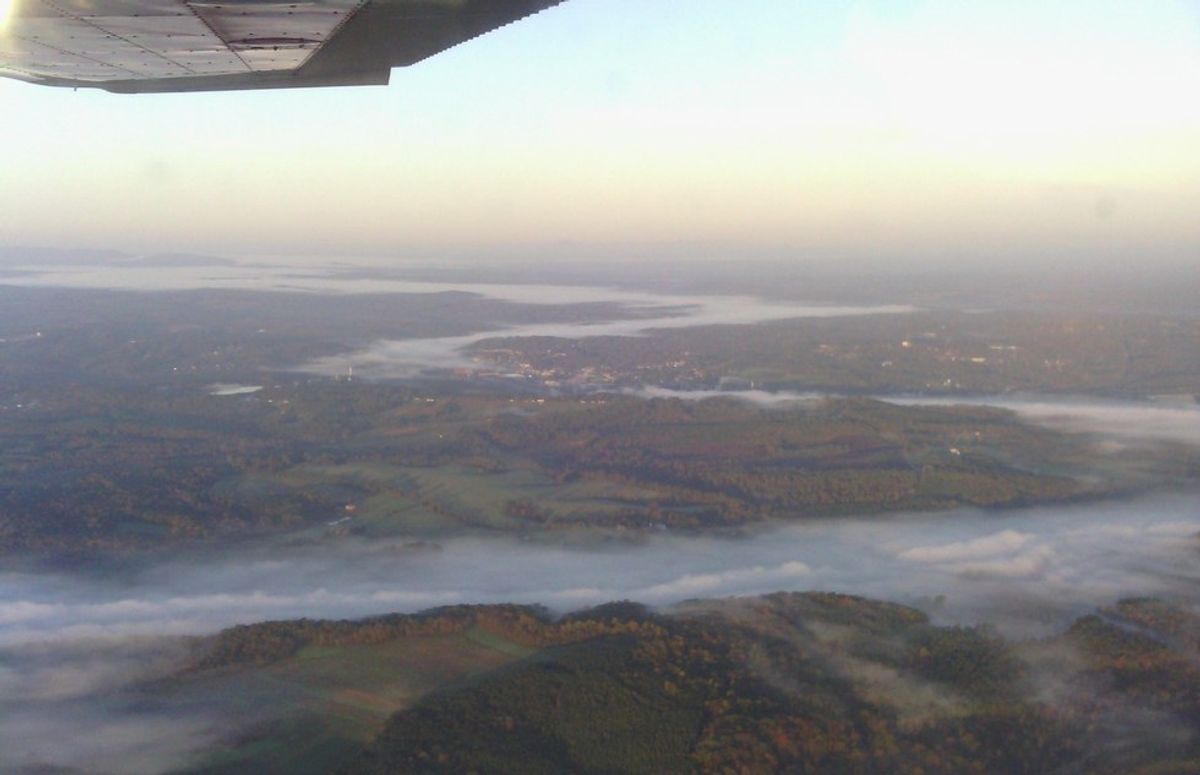 Like many people do, I enjoy flying planes. There are some things that are unique about this activity, and if you are familiar with these tidbits, then my guess is that you share my appreciation for flying as well. See if you associate with a couple of these, or maybe even all of them. :)

When we say that we pack light, we mean it. Although it can be challenging sometimes, it is quite necessary. Pilots have a system we call “weight and balance.” This system helps us calculate how heavy our passengers can be, how heavy their baggage can be, and it tells us how to properly distribute the weight so the airplane can achieve rotation (takeoff) and maintain sustained flight. Basically, if we didn’t follow a system like this, it could result in a failure of takeoff, and if the plane did achieve flight, it could end up crashing more easily. Once the weight of the crew members, their flight tools, headsets, food, hydration, etc. has been added together, it can be a lot of weight on the plane, so it is vital to make sure it is placed properly.

2. Almost everything that is not in the baggage compartment is within an arm’s reach.

This one may be slightly debatable depending on how long your arms are, but if they’re not extremely short, then one can fairly easily reach both the left-hand and right-hand sides of the cockpit at the same time. If you are in the co-pilot’s seat, you can reach anything in the front and nearly anything in the back seat if necessary. Although the pilot could reach as far, it would be unsafe, so I won’t recommend that for him/her.

3. If the cockpit door doesn’t work, you climb through the barely shoulder-width baggage compartment.

Especially with older planes, these small planes tend to have some trouble with opening the cockpit doors, especially from the outside. One trick pilots have is climbing through the baggage compartment, over the back seat, and finally into the front of the cockpit. I personally think it is a funny sight to see.

4. If you don't know why you’re not taxiing yet, then you probably forgot to remove the chocks during the pre-flight inspection.

Chocks are two pieces of wood connected by a small length of rope. These pieces are put on both the front and backs of the wheel to prevent the plane from moving when not in use. Sometimes, the pilot will be ready to taxi over to the run-up area, and he/she will increase the RPM to taxi over, but the plane doesn't move because they forgot to remove the chocks before leaving the ramp. I’ve seen this happen multiple times, and it can be a little embarrassing if you’re the one who was supposed to remove it beforehand.

5. Always depend on multiple resources for your weather information.

Once when I was flying for an exercise, my aircrew got the weather information from an automated weather station at an airport to which we were flying, and the report was that it was to be moderate to dense cloud cover in the area, although as far as we could see (several miles out) the sky was clear. We decided to get a second advisory from other craft in the area to which we were flying. The second advisory reported that it was clear skies, so we continued on our planned flight path. When we entered the airspace of our destination airport, it was still clear skies. However, when we were on final and were preparing to land, we noticed the weather station had a patch of fog just sitting above it, but there were no clouds anywhere else. It gave us a good laugh.

This is a very painful mistake. The back of a Cessna wing has a repeated diamond design along the trailing edge. Some people don’t have a problem with this because they’re short. However, if you’re of average height or taller and you fly these planes with a high wing, then you are familiar with this feeling. I am at just about the right height that I can accidentally run into the trailing edge of the wing without seeing it coming when I'm working around the planes. This is one of many reasons why we stress situational awareness in the aviation world.

I’m sure I didn’t list everything that could’ve been mentioned, so be sure to share the unique aviation tidbits that come to your mind by commenting below so I can read them and other readers can as well. Thanks for checking this out, and please feel free to share this with your friends too!

Glorie Martinez
3538
Why I Write On Odyssey