As a supporter of Bernie Sanders, I've heard it all — and I'm sick of it. 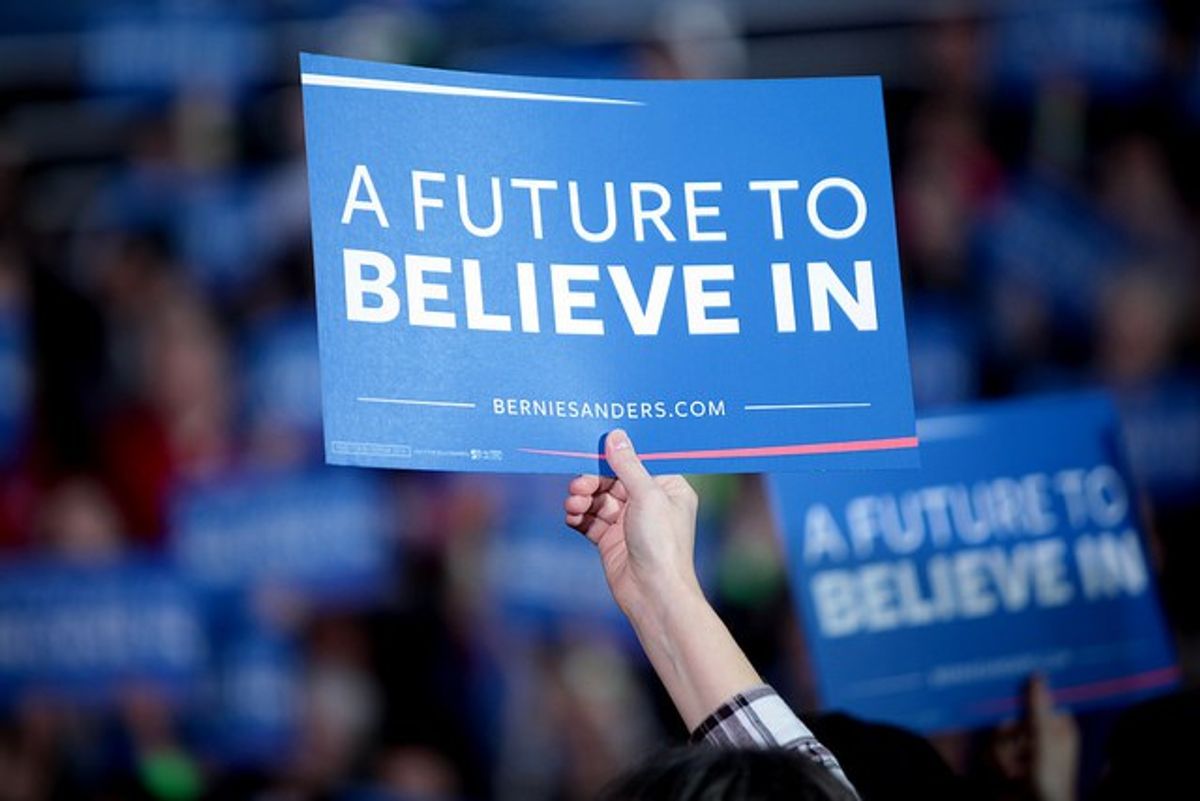 As a supporter of Democratic candidate Bernie Sanders, I’ve heard plenty of eye-rolling statements from those who oppose or dislike him. The following statements may have been made by Republican candidates, your conservative grandmother, friends who support Hillary Clinton, or those distant relatives you hate visiting with on holidays.

Wanting to live in a country where college is not a debt sentence, where a woman can make as much as her male co-worker, and where you can make a living wage isn’t necessarily wanting “free stuff.” There is an issue in our country when you cannot attend a public university without taking out massive amounts of loans with high interest rates attached to them. It is even a larger issue when you are unable to find a decent paying job after college that offers a living wage. Senator Sanders believes in preventing our government from profiting off of our loans, raising minimum wage to $15 an hour, and enacting the Rebuild America Act which will put more than thirteen million Americans to work in decent-paying jobs. Unlike the other candidates, Senator Sanders believes that there is injustice in this country when 58% of all new income since the Wall Street crash has gone to the top one percent. As a Bernie Sanders supporter, I do not want “free stuff” — I want equal opportunities for all.

False. Senator Sanders has proposed a College for All Act that puts forth 47 billion dollars for free tuition for all four-year universities. This would mostly be paid for by a .5 percent tax on stock trades, a .1 percent tax on bonds, and a .005 percent tax on derivatives. All of these taxes are on Wall Street. This tax would cover 67 percent of the cost, while states would be responsible for the remaining 33 percent. At a rally in Reno, Nevada, Senator Sanders stated, “My opponents say this is a radical idea. It’s an expensive idea. Well, you know, the War in Iraq was pretty damn expensive." Bernie is right. Think of it as taking the taxes we currently pay and re-directing them. Also, think of it as holding those (Wall Street) who destroyed this country to be responsible for fixing it.

You’ve probably heard from your Republican counterparts that Senator Sanders is a socialist — and they’re correct. However, he is a democratic-socialist. What does this mean? It means standing up against the fact that 90 percent of this country’s wealth is going to the top one-tenth of one percent. It is believing that America, like any other major country, should provide healthcare and family paid leave as a human right and not a privilege. It is fighting for the idea that all Americans deserve an education so that they are given the same opportunities in order to achieve their own American dream. Above all, it is believing that when so few have so much, and so many have so little, there is a problem that must be fixed. So, if Bernie Sanders is a democratic-socialist, so am I.

Senator Sanders served as the Mayor of Burlington, Vermont from 1981 to 1989, a U.S. Representative from Vermont from 1991 to 2007, and has been a U.S. Senator since 2007 as well as having been reelected in 2012. Unlike his opponents, Senator Sanders has always fought for equal rights. In 1962, Sanders led a rally to protest segregated campus housing at the University of Chicago. In office, Senator Sanders voted against the Defense of Marriage Act in 1996 stating, “If people are in love, they should be able to get married in this country.” Senator Sanders also voted against making the Patriot Act permanent, voted against constitutionally defining marriage as between one man and one woman, and voted against a constitutional amendment banning same-sex marriage. Unlike Hillary Clinton, Sanders has been consistent when fighting for minorities. He didn’t change his opinions to benefit himself, unlike his opponent. Regardless of what Clinton supporters say, I prefer a candidate who has been consistent in the fight for equal rights.

5. "You're not a feminist if you don't vote for Hillary Clinton."

Not supporting Hillary Clinton does not make me a bad feminist, despite what Madeleine Albright might say. In February of this year she stated, “There’s a special place in hell for women who don’t help each other.” While she later claims she misspoke, her statement is clearly aimed at female supporters of Senator Sanders. This statement is also problematic because it is suggesting that women should abandon their other identities and vote for Hillary simply because she is a woman. That doesn’t sound like feminism at all. Feminism is about allowing women to choose for themselves, and allowing them to embrace their decisions. Asking women to vote for the former Secretary of State because she is a woman is asking other minority women to forget their sexuality or race — both of which Clinton has a bad record of fighting for. For the record, I am a feminist — and that’s exactly why I’m voting for Bernie Sanders.