​Why I’m 'Feelin’ the Bern' And You Should Be Too 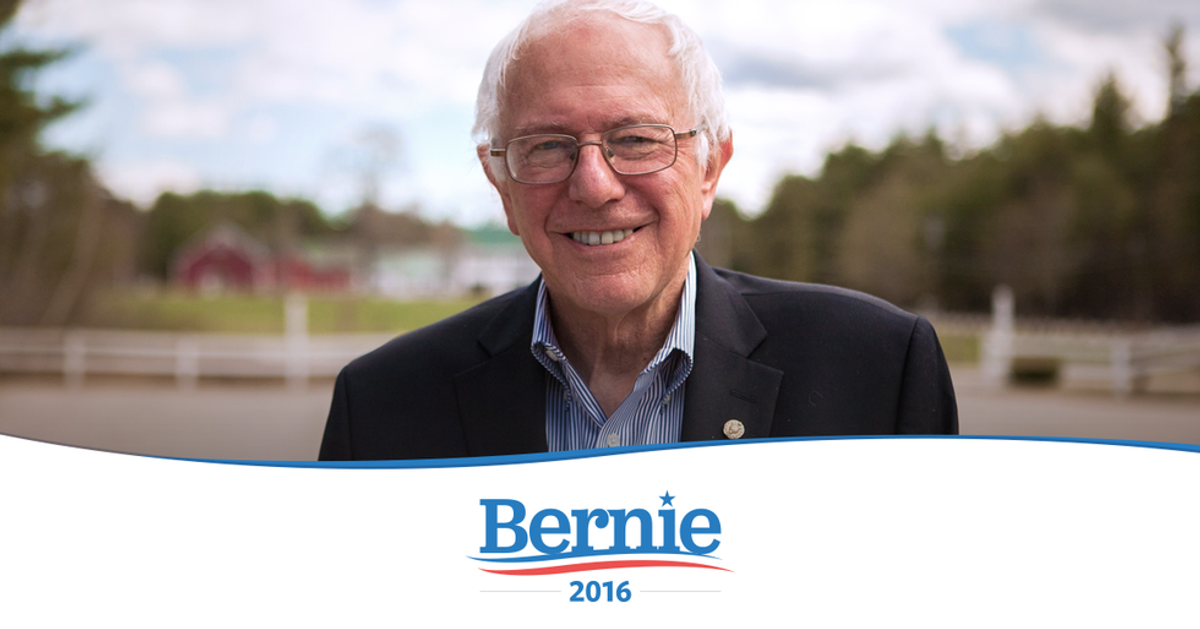 Let me start off by debunking a few stereotypes and providing you with a disclaimer. I am a Bernie Sanders fan. No, I am not lazy. Yes, I am employed. I have a scholarship that already pays for all of my college tuition. I am not uneducated, in fact, I am receiving my second bachelor’s degree, this one in political science. Also, democratic socialism is not communism.

Here’s my disclaimer. I will base my argument off of this, so pay attention: I believe that the United States of America is a trendsetter for the rest of the world. I believe we are a global hegemony and that the choices we make, in politics especially, will be seen and respected in other countries. I believe we, as a country, have a responsibility to show that we are not heartless. That we care for those in need, and that we, when able, will lift them up out of poverty and do it proudly.

Bernie Sanders stands on a platform that I respect. First and foremost, Sanders is fighting to bring attention to, and solve, the problem of income and wealth inequality. In the United States, the top one-tenth of 1 percent controls as much wealth as the bottom 90 percent. Worldwide, the richest 225 people have wealth equal to the combined annual income of the poorest 47 percent of the entire world’s population (that’s 2.5 billion people).

In fact, the richest three people in the world have wealth equal to the combined GDP of the world’s 48 poorest countries. The richest 20 countries (the US included) are 37 times more wealthy than poor countries. These statistics bring tears to my eyes. How can we be so blind to so many of those in need?

The “American Dream” is broken.

We were founded on the idea that working hard and smart would lead to success in life. Our dream was accurate in 1776, but much like George Washington’s wig, it has long since been outdated. It is time for our selfishness to fall by the wayside. It is time to stand up as a nation and support those who need us. We must set an example to other countries. We are blessed beyond measure and allowing 2.8 billion people to live off of $2 a day is something we should be ashamed of. We need to change America so that we can influence the world.

Senator Sanders also believes in supplying Medicare for all, creating a system that supports free college tuition, creating decent paying jobs as well as a living wage, and changing the way money affects politics. He raises his money not through “big money politics” but the way that money should be raised, honestly and without strings attached that will undoubtedly influence political decisions. There are so many other problems that he addresses and suggests solutions for that are so important, such as climate change and women’s rights. However, my final reason for giving him my vote will stem from his support of the LGBT community.

I think it is so easy for those who oppose Senator Sanders to mock his age. However, for me, his age has sparked a reality far different from the most common memes. He was born in 1941. He was raised in a culture that did not support the LGBT community. So many of my brothers and sisters were hiding in closets, miserable and ashamed, and my heart will forever ache for the pain they must have suffered in a world they feared would never understand them. Sanders has been supportive of the LGBT community his entire political career. He supported the first pride parade in 1993 Burlington when he was simply the mayor. He voted against “Don’t Ask, Don’t Tell” as well as the “Defense of Marriage Act," two congressional movements that would encourage the stigma and shame felt by so many Americans. Too many politicians think that the fight for equality is over because there is marriage equality. Sanders does not. He recognizes that the fact that it is still legal in some states to fire someone for their sexuality and the fact that it is legal to deny someone who is transgender housing is something that needs to change. Quickly.

Bernie Sanders has supported me as a woman, as a member of the LGBT community and as an American. Now the time has come for me to support him.