Who's the best of the best this year in NCAA gymnastics? 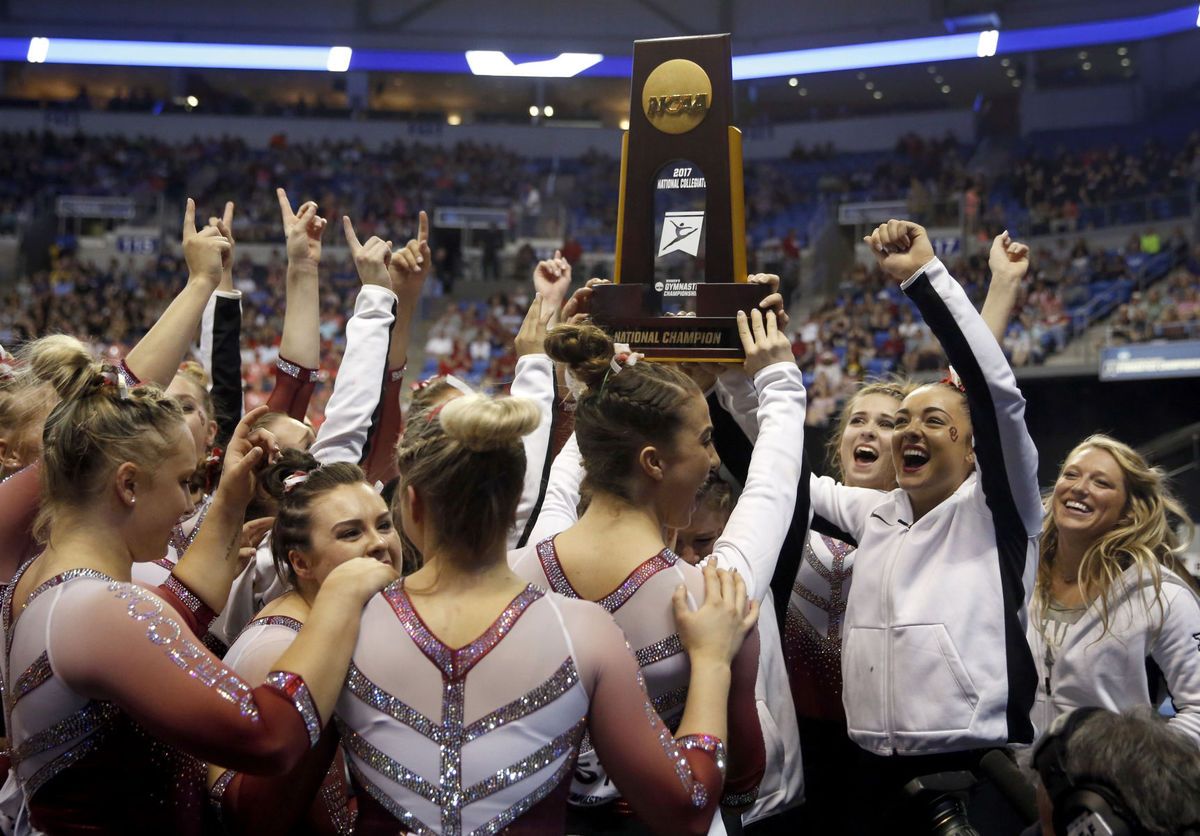 The NCAA Division I gymnastics season has been underway for a few weeks now, but who are the individuals we should be watching? The Sooners have dominated the floor for the past few years and are continuing to prove their worth as the No. 1 team in the nation. Racking in high scores from Maggie Nichols, the Sooners are ready for another big season. UCLA has been breaking through the cracks, with standouts Peng-Peng Lee and Kyla Ross. The Bruins are ready to come out and shine. Who can we expect to see fighting for the top spot in each event in the nation this year? Read more to find out.

Coming off of a big freshman year, Nichols continues to shine for the Sooners this season. As a freshman, Nichols racked in a total of seven perfect 10's and is the ninth gymnast in the NCAA to post a 10.0 on all four events in a career. She topped off her season by being co-national champ on the bars (9.95) and a three-time first-team all-American on the vault, bars and floor. Nichols continues to shine for the Sooners this season as she put up a nation leading score in the all-around at their last meet against UCLA (39.900) and marked her eighth career 10.0, and fourth on the beam. Placing 6th at the U.S. Olympic Trials (just barely missing a spot) has brought Nichols to shine on the floor at OU, will Nichols rise again and find herself at the top of the Nation?

Lee is best known for her apparatus on the beam, the only one in NCAA gymnastics with this unique routine. Posting several 10's on this routine, Lee continues to dazzle the crowd every time she does her magic on the beam. She has many accolades under her belt such as: West-Region gymnast of the year, Pac-12 specialist of the year and 6x all-American. Lee has already marked one perfect 10 on the beam so far this year and looks to continue that and rise to the top in the nation. Lee has also competed in the 2011 World Championships and was an honorary captain for Canada at the 2012 Olympics.

Just like Nichols, Mykayla Skinner is ready to take the spotlight and shine. A big year for her in 2016 (U.S. Olympic Team alternate), a gold medalist at the 2014 U.S World Championship and a very accomplished freshman year at Utah has set her up for yet another big season with the Utes. She finished off the 2017 season as an eight time all-American (4 NCAA's and 4 regular season), was the NCAA runner-up in the all-around and the NCAA champion on the floor. Skinner also set the Utah freshman all-around score (39.775). She finished off her big freshman year with 43 career wins, can she reclaim her title as NCAA champion on the floor and possibly more?

As the first female gymnast ever to win Olympic, Worlds and NCAA championships, Ross is showing her strengths in the NCAA gymnastics world. Claiming an Olympic gold at the 2012 Olympics and gold at the 2014 World Championship, she was the perfect fit for a stand-out college gymnast. As a freshman in 2017, Ross claimed two titles at the national level, bars and the beam and continues to shine early on into the 2018 season. As a Bruin, her top marks are in both the bars and beam with 10's. She leads the Bruins with strength, poise and confidence. Can Ross flip her way on top this season and claim more titles at the national level?

As a senior, Hambrick is a 12-time all-American who continues to lead LSU with power and grace. In 2017 Hambrick racked in a total of three first-team all-American honors on the beam, floor exercise and the all-around and has been named SEC Gymnast of the Week multiple times. Still hungry for that perfect 10, can she fight her way back to the top at the National level this year?